The modern reality of Ireland is breathtaking

Cormac MacConnell shares some good news and reflections after his recent visit to Co Fermanagh. 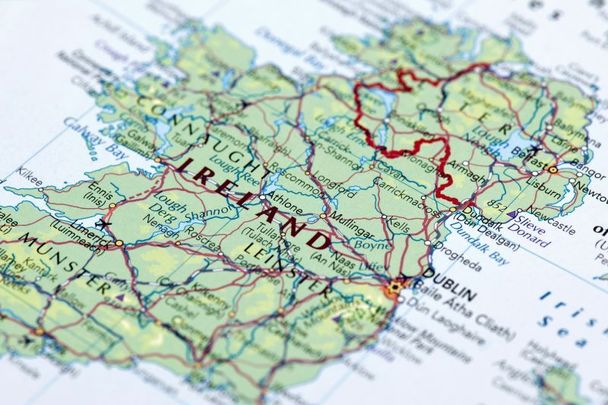 Céad Mile Fáilte to you all in a week when I have incredibly good news for ye following my recent trip to the Fermanagh borderlands of my youth.

Ye will, accordingly, like myself on that journey, be amazed and delighted to discover that, after all the cruel divisive centuries imposed on us by our powerful neighbors in the UK, we have at last achieved a truly united Ireland! Let us all rejoice without stint.

I was so muted by what I saw during that nostalgic trip that it has taken me this long to process the actuality of what I viewed as my son Dara drove me into Fermanagh.

I could not believe that all the terrifying roadblocks manned by stern customs officers from both jurisdictions were gone and that the only clue to the reality we were in Fermanagh was the changes in the road signage. Incredible!

As an inveterate smuggler across that bloody border more than 50 years ago, the modern reality was breathtaking.

Do ye know what I was smuggling when returning to the south after trips home back then?

I was smuggling forbidden contraceptives for married friends in Roscommon struggling to raise their young families through hard times. My pockets were stuffed with packs of condoms as I approached those roadblocks. I sweated blood until I got through them.

My tactic then was to produce my press card and ask the questions one would ask when on assignment. It was still such a relief to get through unscathed onto the road for Roscommon.

How much times have changed since then. It was announced recently that the Irish Republic will supply free contraceptives to all women from the age of 17 years.

Another element of that era worthy of mention was the penal power of the Catholic Church over us all. It was the church that spearheaded the ban on contraception and ruled that the seven weeks of Lent were seven weeks during which even men doing heavy manual work could only have one full meal a day.

All entertainment venues were closed for the duration except for St. Patrick's Day. The popular showbands had either to stow away their gear or emigrate to England until Easter.

Thankfully, the power of the Catholic Church is now irrevocably broken in Ireland, and not before time either. I was delighted to learn from my adult children they no longer routinely attend Sunday Mass, just like myself, by the way.

The truly beautiful united Ireland situation detailed above is totally accurate at time of writing. There are reports that the currently Disunited Kingdom, as always, is attempting to tinker with the Northern Ireland Brexit Protocol in the near future but they are unlikely to succeed on that front because the EU is not backing down and is currently suing them for attempting to back out of a binding international agreement. So we can all relax in the reality we, at last, have a united Ireland after all the years of pain.

It's midday now in Clare on a fine day. I'm going to head out to my local chapel in a few minutes.

I'll not expect to find any priests there at this hour so I can say a few prayers of thanks and relief as I experience the atmosphere created by the powerful simple faith of a mighty people who are free at last.

Thank God for that. Slán agus sláinte for the moment.