The scheme is part of the €31 million women's health package included in the Irish government's Budget 2022, unveiled last October 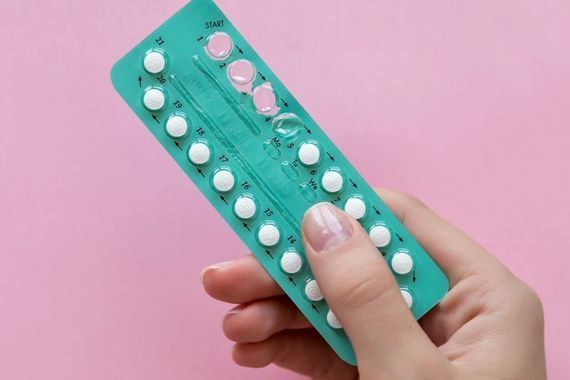 Birth control will be available at no cost to Irish women aged 17-25 beginning in August 2022. Getty

Ireland's Department of Health has confirmed that free contraception for those aged 17 -25 will be rolled out in August.

The scheme is part of the €31 million women's health package included in the Irish government's Budget 2022, unveiled last October.

It follows a report by the Working Group on Access to Contraception, published in October 2019, which identified existing barriers to contraception access for a significant amount of people in Ireland.

The roll-out is currently restricted to women aged 17 - 25,  a group recognized as having the largest number of identified cost barriers to contraception.

According to Hotpress.com, it is hoped that the August roll out is the starting point of a much larger access pool.

Funding was secured by the Minister for Health Stephen Donnelly, who received government approval to bring a Committee Stage amendment to provide for the program.

The scheme is expected to be most beneficial for those who are just above the means-tested limits for medical and GP visit cards, or who may still be in school full-time and dependent on parents and guardians, reports The Irish Examiner.

Those persons with full eligibility for a medical card already have access to most forms of contraception at minimal cost.

18 months ago I had a motion passed to bring free contraception to Ireland. Today the legislation has been agreed by government and we are a step closer. Thank you to all of the advocates and in particular @dublinwellwoman @AkiDwA @IrishFPA for their advocacy and support ✊ https://t.co/YIlkQbFjhB

As a result of this action, 17-25 year-old women will have access to:

Funding will also cover the cost of training and certifying additional personnel to provide these services.

“The work I have asked my Department to undertake focusing on Women’s Health has identified many areas that we need to address swiftly. One of those is the cost barrier for many people accessing contraception," said Donnelly, according to TheJournal.ie.

“Contraception is not specifically a women’s health issue, nor do many women use contraception solely as a means of preventing unwanted pregnancy.

“Contraception is used to treat a myriad of other women’s health issues, and a key element of the scheme I am introducing will cover the cost of up to two consultations per annum with a GP or other doctors, empowering young women to discuss forms of contraception suitable to their personal circumstances and medical conditions.”

Responding to today’s decision, Green Party Senator Pauline O’Reilly said that “given the history of the State with regard to women, women are now owed proper healthcare and I am delighted that we are taking the next step today."

“A huge leap forward was made when we, as a nation, repealed the eighth amendment of the Constitution but if we are truly a progressive country it is time to deal with other aspects of reproductive care,” she said.

The senator said that “for women in particular, the right forms of contraception can be very expensive, costing hundreds of euro."