Ireland gets 500 new Pfizer jobs, but scandal remains on the horizon for IDA

The news that Pfizer is to invest over €1 billion in Ireland must have come as some relief to Ireland’s Industrial Development Agency (IDA), which has been under pressure for some time. 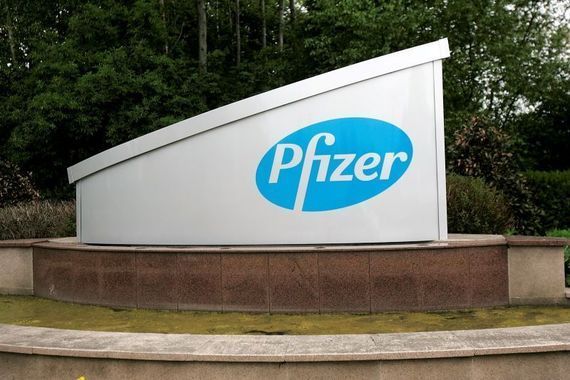 The news that New York-headquartered pharmaceutical giant Pfizer is to invest over €1 billion in developing a new manufacturing plant in Dublin must have come as some relief to Ireland’s Industrial Development Agency, the IDA, which has been under pressure for some time.

With tech giants such as PayPal, Meta, and Twitter announcing redundancies in their Irish operations, the 500 new jobs announced by Pfizer, which were brought to the country by the IDA, were a welcome reversal of that trend.

Taoiseach Micheál Martin said the development is “a considerable vote of confidence in the talent of our workforce and our economy.”

“Pfizer has played an instrumental role during the pandemic. It is pleasing to see just how much scientific progress has been made over the last number of years, and I have no doubt that Ireland will continue to be at the forefront of scientific innovation.”

Great visit to @Pfizer_Ireland as it announces its biggest ever Irish expansion, with a €1.2bn investment in Grange Castle, and hundreds of new highly skilled jobs. pic.twitter.com/cSWegwJL40

It is, however, the drip feed of information from a bitter disagreement that the IDA has had with another Irish company, Connect Ireland, that may end up having a more long-term effect on its reputation and is a story that has the possibility to blow up into a full-scale scandal.

The genesis of the dispute dates back to 2012 when a new government initiative, Succeed in Ireland, offered financial incentives to people who helped bring jobs here. The idea was to use the Irish diaspora to link up with small and medium-sized companies that were considering expanding. The individuals who initiated the contacts were called “connectors,” and earned up to €1,500 for every job created.

The IDA was charged with managing the scheme which entailed green lighting projects on the basis that they were new ventures which had no previous contact with the state agency. A target of 5,000 jobs in the first five years was set.

IDA Ireland, together with An Tánaiste @LeoVaradkar welcomed today’s announcement by @pfizer to #Invest over €1.2 billion at its Grange Castle facility. Find out more at https://t.co/E9ildWNlty pic.twitter.com/odqUQqLx7W

However, when reviewed, the IDA stated that they would only verify 527 jobs under the scheme, a figure which was disputed by Connect Ireland which said they had created over 2,400 jobs.

The first public acknowledgment of the tension between the two came in February 2017 when the Dáil was told by then Minister Mary Mitchell O’Connor that the two parties had entered into arbitration, a “mutually agreed process to address whether differences have arisen between them in the course of the contract.”

Now, over five years later, details of the differences are becoming public and they do not make for pretty reading from the IDA’s point of view.

At the heart of the dispute is the procedure by which the IDA green-lit the projects and by doing so unlocked the financial bounty to the connectors and to Connect Ireland. It has been reported in the Irish media that the arbitrator has heard allegations that the IDA lied in order to redlight or disallow projects and steal leads. Further, it is claimed that they had falsified CRM records that detailed all interactions with clients.

According to the same newspaper reports, the arbitrator has awarded legal costs, estimated to be in the region of €7 million, against the IDA, and further found that IDA officers had manipulated the agreement with Connect Ireland.

If it is true that the state agency and members of its staff lied and manipulated records in order to frustrate Connect Ireland, then it raises major questions surrounding its culture and governance that requires a political response and possibly a regulatory one as well.

This was not just a corporate spat as there is potential collateral damage in the form of individual connectors who would have expected a payment of €1,500 per job created.

This surely marks a low point for the reputation of the IDA, which since its inception in 1949 has been at the forefront of Ireland’s transformation from a rural-based economy to an industrial one and the location of choice over the years for many of the world’s top companies. Aggressive and determined in its pursuit of foreign direct investment (FDI), the IDA has always enjoyed the full support of the government and is the envy of its international rivals in the FDI space.

But they are not above the law and need to answer fully for their actions. Equally, any effort to stymy the Success in Ireland initiative could be seen as a direct challenge to government policy, and undermining policy is not part of their remit.

This whole saga raises not just legal issues but ethical ones too. How far up the chain of command within the organization were decisions made and policies decided in relation to Connect Ireland?

At the end of the day, cultural and governance issues reside with the board so they have questions to answer as well. When were they made aware of the strategy, and what action has been taken against those that may have lied and falsified records?

The IDA itself is not answering any questions and told the Irish Voice that it would not be appropriate to put someone forward to speak as the matter is still the subject of arbitration.

There are a lot of answers required, but very few people are asking questions. The Minister for Enterprise, Tánaiste Leo Varadkar, has called for a report. That hardly cuts muster as any report would be drawn up by the very agency that is accused of the wrongdoing.

At the very least the parliamentary committee charged with overseeing the IDA needs to hold public hearings and call in witnesses to give evidence. As yet they have not issued a statement on the affair or indicated that they would investigate.

The story is important precisely because people care about the IDA. There is great public pride in its success. We have all been cheerleaders for them in the past and praised their achievements.

The men and women of that organization are rightly held in high regard and it’s important that this sordid episode does not define them. But before we can all move forward this needs to be dealt with, and if any wrongdoing has taken place then those responsible need to be held to account.

*This column first appeared in the December 7 edition of the weekly Irish Voice newspaper, sister publication to IrishCentral. Michael O'Dowd is brothers with Niall O'Dowd, founder of the Irish Voice and IrishCentral.