Meta, whose international headquarters is in Dublin, announced that it will be reducing its global workforce by about 13%, impacting more than 300 Irish jobs. 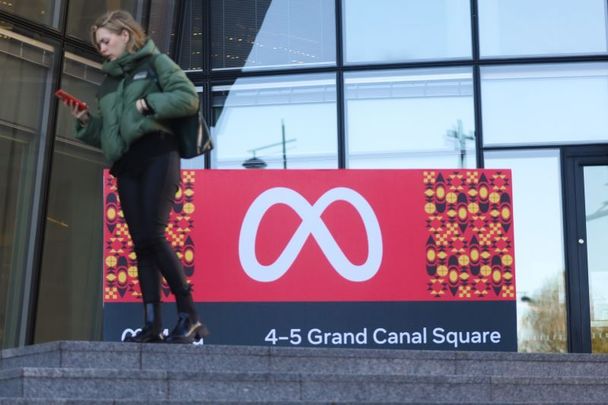 Meta, the parent company of Facebook, Instagram, and WhatsApp, announced on November 9 that it will be reducing the size of its global workforce “by about 13%” and that “more than 11,000 of our talented employees” will be let go.

RTE News reports that 13% of Meta's Irish jobs equates to about 390 roles, though sources say the number of jobs set to be axed is likely closer to 350.

"In Ireland, the timeline and process will be defined by Irish government guidelines which will see potentially impacted employees entering collective consultation," a Meta spokesperson said on Wednesday.

Meta said it has informed Ireland's Department of the Taoiseach, the Department of Enterprise, Trade and Employment, IDA of its decision regarding workforce reduction.

"As the location of our international HQ, Ireland is an integral part of our company and our operations," the Meta spokesperson said. Facebook announced in 2008 that it would be establishing its international headquarters in Dublin.

"Today’s announcement and the process does not have any impact on Ireland’s status, or on our long-term investment plans in Ireland. We appreciate Ireland’s and in particular the Irish Government’s ongoing support for our operations here."

A Meta spokesperson has confirmed to the Meath Chronicle that "there will be no redundancies at the Clonee Data Centre."

Tanaiste Leo Varadkar, Ireland's Minister for Enterprise, Trade, and Employment, said on Wednesday that there will be "at least 30 days of information and consultation before anyone is laid off and there will be a redundancy package and an exit package for staff to make sure that they are given some financial security.

“We as a government will make sure that they get the help they need to find other employment. There are lots of jobs in the tech sector.”

Meta CEO Mark Zuckerberg said in his announcement to employees on Wednesday: "I want to take accountability for these decisions and for how we got here. I know this is tough for everyone, and I’m especially sorry to those impacted."