Three prominent members of the Irish American community have written to Ireland's Ministers of Culture and Diaspora asking why emigrants have been forgotten during Ireland's centennial. 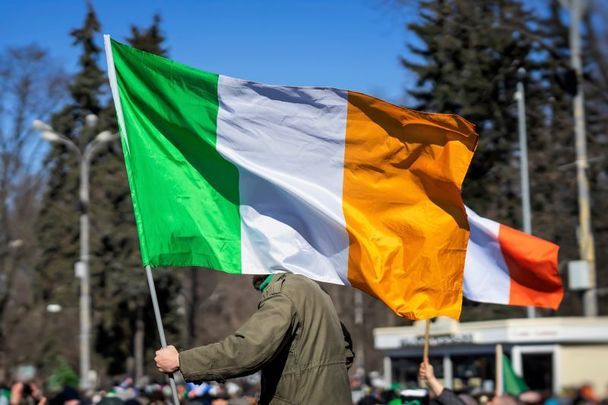 A letter has been sent to Ireland's Minister of Tourism, Culture, Arts, Gaeltacht, Sports and Media Catherine Martin TD and Ireland's Minister for the Diaspora Colm Brophy TD expressing disappointment that the role of emigrants in the Easter Rising and War of Independence has been ignored in the official events celebrating the centennial of the Republic.

The letter notes that two of the signers of the Easter Proclamation - Thomas Clarke and James Connolly - were returned emigrants, and that one of the first Volunteer units to enter the GPO – the Kimmage Brigade - was made up of over 60 emigrants from London, Liverpool, Manchester, and Glasgow including Michael Collins.

Billy Lawless, the former Senator for the Diaspora stated, “I believe that the contribution of Irish emigrants to the Irish fight for freedom was immense and an official centennial event would be very appropriate. Irish emigrants in America raised millions of dollars to support the Irish National Bond when Edmund De Valera went to the United States in 1919 and 1920.

"It is ironic that emigrants should be written out of Centennial events even though the Easter Proclamation makes an explicit reference to being 'supported by her exiled children in America.' Emigrants would like to be written back into Irish history.”

Lawless continued, “Irish political leaders need to stop being ambivalent about Irish emigrants and stop treating them like second class citizens. 100 years after the founding of the Republic, emigrants remain politically voiceless with no representation even in the Seanad and Irish citizens just over the Border have no representation as well. It's hard to promote a shared Ireland when your own citizens aren’t allowed to vote for their own President. A shared Ireland has to include emigrants.”

The letter notes the direct linkage between the contribution of Irish emigrants being written out of the centennial and the fact that 100 years after the founding of the Free State, the electoral system is used to deny emigrants access to the vote.

The current electoral system is a classic case study of voter discrimination and makes Ireland an outlier within the EU when it comes to voting rights, the signatories of the letter argue.

Lawless continued, “There is an unstated hierarchy of Irishness in Leinster House that reflects the ambivalence of the current political culture towards Irish emigrants. If you’re not on the island, you can be ignored, and if you live on the wrong side of the Border, you are automatically a second-class citizen as well. This is undemocratic. Every citizen has the right to have their vote counted regardless of where they live and especially so for the President of Ireland who represents the entire Irish Nation including the Global Irish in all their diversity and richness.”

Hilary Beirne, a Roscommon native, stated “Real engagement of Ireland’s emigrants and the Diaspora is a must by the policymakers in the Irish government.

"Continued failure to engage in a meaningful manner like voting rights in presidential elections will result in the decline of interest in Ireland, a reluctance to use our soft power to encourage corporate investment in Ireland, and the return to mass emigration due to the lack of opportunities for young people.”

The signatories of the letter say that to dismiss the contribution of the Irish abroad in creating the Republic is an enormous historical omission and that would be no Republic without the robust and constant support of her overseas children.

The signatories drew attention to Ireland's President Higgins' January 2019 address at Mansion House on the 100th anniversary of the first seating of the Irish Dáil:

"The First Dáil drew its support not only from the will of the people of Ireland, but from Irish people across the world. We are, and we must never forget, a migratory and diasporic people. Indeed, at the turn of the last century, there were more Irish-born people living abroad than in Ireland. Throughout our War of Independence, Irishmen and Irishwomen in the United States of America would demonstrate, time and time again, their solidarity and support for the cause of Irish freedom, even if they differed as to the means by which it was to be achieved."

Kevin Sullivan, a cofounder of VotingRights.ie, stated, “Ireland has always been a nation of emigrants and we live in a modern world of communications where they know what is going on back in Ireland instantly.

"The hundreds of thousands of young people who left Ireland in recent years and those about to leave are an immense source of creativity, energy, and good ideas. They are immensely proud to be Irish. Why deny them their voting rights when so many want and will eventually return home?

"Ireland has an opportunity now to develop a new, richer, and deeper understanding of what it means to be a citizen in a more inclusive modern Irish Nation. The first step in that direction is to allow all Irish citizens, regardless of where they live, the right to vote for the next Irish President.

"If you want a shared Ireland, you have to include emigrants as well.”