From 'Banshees' to Biden - my predictions for 2023

An Oscar for Banshees of Inisherin? A Biden announcement that he is running for president in 2024? Tom Deignan takes a look at the 12 months of 2023. 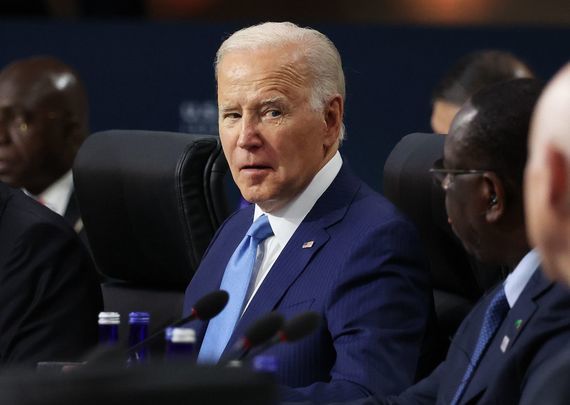 It's that time of year again, folks, when we gaze into our crystal ball to see what the new year has in store for us – the bad, the ugly, and perhaps even a sprinkling of good.

Unlike, you know, the last two years.

To mark the 100th anniversary of the year in which the Irish Civil War ended, officials across the island of Ireland, as well as the U.S. and U.K., announce a slate of commemorative events. These are made all the more solemn by the looming prospect of a 32-county united Ireland. The first order of business, though, is to inform people on the island of Ireland, and across the U.S. and U.K., that there was, in fact, an Irish Civil War.

“If you listen close,” one official comments, “they mutter about it in The Banshees of Inisherin. Which is about the only thing that makes sense in that wacko film.”

Worried he is not getting enough acting roles because of his famous father, Gabriel-Kane Day-Lewis changes his name to Candy-Kane-Partridge-In-A-Pear-Tree.

Northern Ireland special envoy Joe Kennedy keeps a close eye on activists around the world who kick off St. Patrick’s Day by rallying in support of a united Ireland. Tensions rise by nightfall, though, as radicals bicker with moderates, and #waitthesepeoplearereallycatholic? spreads across left-wing social media.

Director Martin McDonagh announces he will again be working with Brendan Gleeson and Colin Farrell, on a biopic about a little-known feud, which turns violent and bloody, between old-time Hollywood stars Abbott & Costello, and Laurel & Hardy. Pressed to explain what The Banshees of Inisherin was really about, McDonagh says, “Something. Probably. But right now, I can’t put my finger on it.”

Also in April, actress Eve Hewson changes her name to Eve Bono. “Why hide the obvious?” she says.

Joe Biden announces that he will be running for president in 2024. “I’ve said it before, and I’ll keep saying it. I’m Irish but I’m not stupid. At least until the Democrats can find someone, anyone, out there to do exactly what I’m doing – but, you know, younger.”

On the set of their latest movie, Colin Farrell and Brendan Gleeson are asked if they improvised at all while shooting The Banshees of Inisherin. “Well, you might say we all had a hand in it,” Gleeson says. “Brendan more than meself,” adds Farrell.

Done with “dumb Irish” jokes, Joe Biden moves on to “drunk Irish” and “country Irish” jokes. “And my wife Jill is Italian,” he adds, “so wait until you hear what I have to say in the fall!” Biden leads in all presidential polls.

Sinn Fein leader Mary Lou McDonald is pressured to meet with a faction of united Ireland activists. “Yes, they’re Catholics. But the downtrodden kind, you know. Not, like, American Supreme-Court Catholics. With the Latin and the pro-life and all that weird hocus pocus stuff.”

Brendan Gleeson and Colin Farrell announce yet another collaboration, a stage version of My Left Foot. Candy-Kane-Partridge-In-A-Pear-Tree-Day-Lewis has a small role billed as “the other foot.”

More secret files are released on the 60th anniversary of JFK's assassination. One note from an FBI agent recounts the time wasted pursuing outlandish theories. “Grassy knoll. Mafia. Castro. Jeez, the only comfort I can take is my firm belief that Americans will never, ever put their faith in theories any crazier than these.”

Jill Biden and Michelle Obama announce they are running together for the presidency. “It’s about time!” Joe Biden declares. “Now, have you heard the one about the Galway farmer and the Italian sausage maker?”