By holding indoor rallies at the height of the virus storm, Trump is gambling his own supporters lives for his own political end. 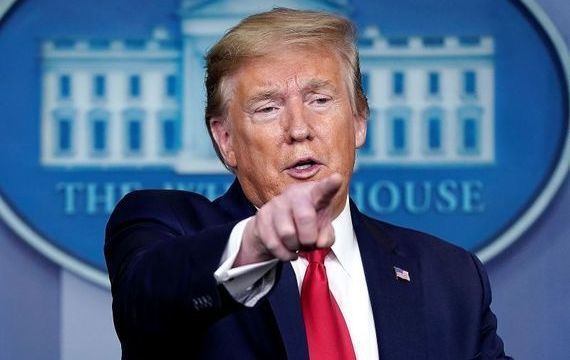 Donald Trump has challenged death to a duel. Getty Images

By daring COVID-19 to do its worst while insisting he has beaten in down, Donald Trump has dared death do its worst.

By holding indoor rallies at the height of the virus storm, Trump is gambling his own supporter’s lives for his own political end.

Eight of his own advance crew caught the illness in Tulsa, Oklahoma. No doubt some who attended the rallies will fall ill and some may die.

"The consequences of catching COVID is often an agonizing death," a doctor friend remarked to me. "It’s like Trump wants his followers to play Russian roulette with their own lives. It’s disgusting."

Contrary to the fairy tale he has been pushing COVID is not nearly defeated, indeed it is growing again at an alarming rate. COVID is apolitical, but if it could express itself it certainly would have Facebook “liked” the Tulsa and Arizona rallies.

Now, many of those, especially in Florida and Texas, are flooding emergency rooms like what happened in New York before Common Sense Cuomo stepped in.

"What have we learned?" I asked Mike Dowling, Irish-born head of Northwell, one of the largest hospitals in America which bore the brunt of the first wave.

“Stay at home as much as you can. Wash your hands, stay six feet away, wear a mask,” said Dowling, handing down the only four commandments that have worked.

Yet Trump would have those commandments returned to stone, ignored, as would his Vice President Mike Pence who claimed the people’s right to peaceful assembly even when some die for assembling was fine with him.

It is extraordinary. Though I can’t stand Trump I always had a sneaking admiration for an outsider who seized the moment and won the White House with a message of draining the swamp. He was crazy like a fox it seemed but now he’s just crazy.

Now his political stances are driving him deeper into a hole, falling further and further behind. Joe Biden, who is watching Trump fall like one of those Confederate statues, can hardly believe his luck. Not since Abe Lincoln campaigned from his porch has a presidential candidate had such an easy campaign time of it

Trump says he’s done an amazing job on Coronavirus, which very few believe; he says it's time to re-open the economy, which few agree with as COVID numbers mount; he utterly mishandled the protests; he’s currently the champion of the confederate statue cause at a time when even Mississippi is serious about removing the Stars and Bars from the state flag; he’s trying to kill off Obamacare and coverage for pre-existing conditions when millions need it more than ever.

I could go on but won’t. The waiver forms that everyone had to fill in when entering the Tulsa convention hall said it all. By signing, you agreed to never sue Trump if you got the virus. Trump was hedging his bets, raising the possibility people would die, but gambling that people so much wanted him to win they’d take the risk of dying from COVID. Go ahead Death said, take one for the Donald.

And somewhere death was laughing.