Does Sanders have no shame? Refusal to drop out will get Trump re-elected

Bernie Sanders' refusal to drop out "is the most selfish example of political vandalism I have seen." 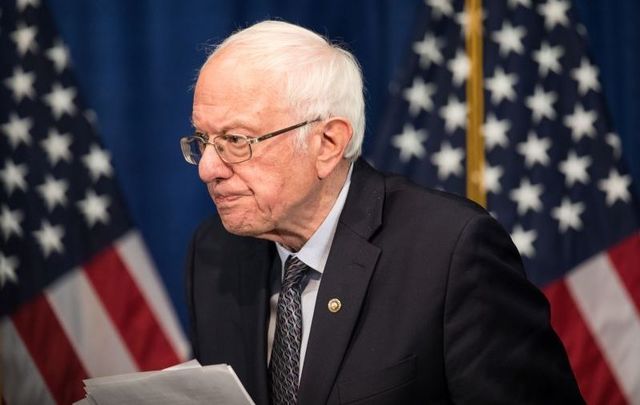 Bernie Sanders staying in the presidential race is the most selfish example of political vandalism I have seen.

He has no chance of winning. Democrats from sea to shining sea have proclaimed Joe Biden is the man who should face Donald Trump in the fall.

Next week, Sanders is facing annihilation in Florida and Georgia and will be hard-pressed to win any state anywhere. Biden’s delegate lead is uncatchable. It’s over, finished, but Bernie refuses to listen to the fat lady singing.

In 2016, he left conceding defeat to Hillary until the convention floor, causing division and enmity that was seized on by the Trump campaign. Many of their attack lines were shaped by Bernie’s vitriolic refusal to accept defeat.

Now, four years later, he is doing Trump’s work again, refusing to get out and unite the party (which he is not even a member of) in Democrat’s hour of need.

As Jim Carville has argued so forcefully, the longer Sanders stays in the harder it will be to defeat Trump.

That does not seem to faze Sanders who, one suspects, would not be averse to another Trump victory if he is not the candidate. That would allow him to carry on the struggle.

Remember this is a man who wanted to primary Barack Obama back in 2012 when the president was running for re-election. He has no shame.

Read More: Bernie Sanders is no friend of Hispanic or Irish immigrants

But there should be no doubt about his real intent. Like by embracing  Castro, Sanders is showing he is more concerned about a sweeping, utterly undeliverable left-wing agenda than defeating Trump. He can’t buy a black vote, suburban women are deserting him, and even his lead among young voters and working-class whites is eroding as his cause becomes ever more forlorn.

Unlike other candidates who quit when their hour upon the stage had passed, Sanders lingers on like a bad odor.

The constituency he represents needs to be part of the Democratic coalition to defeat Trump in November. Sanders, however, like a demented pied piper, is leading them into conflict with Biden that will ultimately damage Democratic chances across all elections in November. He may hand a second term to Trump. Has he no shame?