Today's censorship controversies and the ban on James Joyce

"If there are some ideas out there that might cause some harm, or that are upsetting, or that simply ... rub us the wrong way, well, we can’t have that. Gotta go." 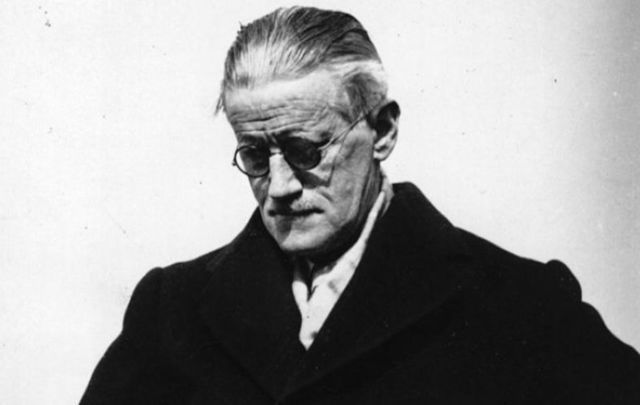 It is fitting that we celebrate the 100th anniversary of James Joyce’s epic Irish novel Ulysses this year.

Because it’s time to re-think Judge John M. Woolsey’s famous 1933 court ruling that Ulysses was not, in fact, pornography. And could be legally published in the U.S.

Let’s get this offensive book banned. For once, for all, and for good.

And not just the ink and paper version. There are audio versions on Spotify and theatrical versions on YouTube, ready, willing, and able to corrupt impressionable minors and creepy adults with Leopold Bloom’s peeping tomming.

And the anti-Semitic ravings of the so-called “Citizen” in Barney Kiernan’s pub. And, yes, yes, even Molly Bloom’s perverted sexy time!

If we’ve learned anything this week, it’s this: If there are some ideas out there that might cause some harm, or that are upsetting, or that simply (with apologies to Molly Bloom) rub us the wrong way, well, we can’t have that. Gotta go.

Like Maus, that graphic novel about the Holocaust with the “rough, objectionable language” and nudity – at least according to education officials in one Tennessee county.

Then there was the controversy about podcaster Joe Rogan, deemed a spreader of lies and misinformation by various artists who were likely around to read the first printing of Ulysses.

In all that time, we can assume the likes of Neil Young and Joni Mitchell have never once been in the presence of, near, or had their products associated with, or disseminated by, any parties who have exaggerated, or played devil’s advocate, or simply lied for the sake of being provocative.

One can also assume, up until now, they listened to every other single podcast on Spotify and vetted it for accuracy.

That’s why we gotta get rid of Rogan. Then we can move onto Spotify's other spreaders of lies and deceit – like Barack Obama and Bruce Springsteen!

Well, some people say they lie and misinform. Isn’t that all that matters?

She was sent away from the TV show The View for two weeks because she said “the Holocaust isn’t about race…It’s about man’s inhumanity to man.”

Do you know what that means? No. Me neither.

But it’s far easier to suspend Goldberg – Goldberg! – than discuss things further. Such as the fact that the Nazis did, in fact, think Jews were a separate, inferior race.

This also goes for a sizable chunk of white American voters who supported the last president, the one who never missed a chance to shout out his love for Israel and devout Jewish family members. Even as some of his most passionate supporters worried about satanic Jews running the world and replacing them.

All of this is way too complicated. And at least some of it could lead confused weirdos to do something stupid.

The Puritans had it right. You can’t just live with witches. You gotta torch them. Or hang them.

Which brings us back to Joyce.

“May the God above, send down a dove, with teeth as sharp as razors, to slit the throats, of the English dogs, that hanged our Irish leaders,” a pub patron and radical Irish nationalist known as the Citizen shouts at one point.

Later, after chatting with Leo Bloom, Citizen adds: “I’ll brain that bloody jewman…Sinn Fein! Sinn Fein amhain! The friends we love are by our side and the foes we hate before us.”

How many things are wrong with this?

Satire you say? Boy, isn’t anti-Anglo-Semitism hilarious? Along with anti-Irish-radicalism.

This is all too unsettling, too offensive. We need more wholesome, progressive entertainment. The kind that uplifts everybody and offends nobody.