The Catholic Church is desperately short of priests. If they dropped their celibacy and male-only requirements, it would open up a stimulating new pool. 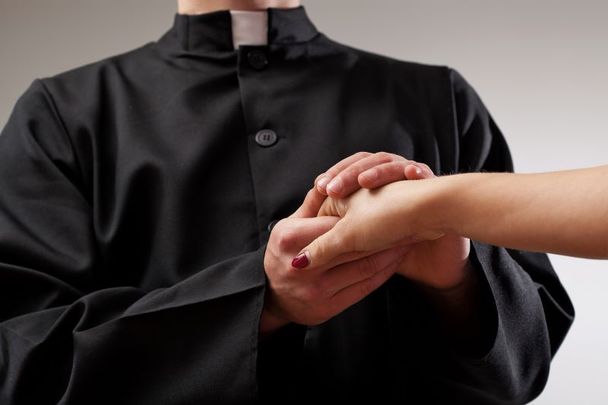 I cannot think of one good reason for the Catholic church to continue its policy of compulsory celibacy for priests. I search my mind in vain for any cogent explanation for maintaining the present damaging discipline.

Up to the Second Lateran Council in 1139, most priests married, sharing that experience with the majority of the families in the pews. It seems that the main reason for the unfortunate policy alteration related to priests’ children claiming inheritance based on parentage. Understandably, this clashed with the church’s commitment to maintain ownership of any accumulated wealth.

The inheritance problem could and should have been dealt with by other means than the extreme prohibition against marriage by priests. Sigmund Freud asserts that after self-preservation, the next most demanding human drive involves procreation, and celibates must find ways to respond to that human sexual imperative as much as married men.

In the last 50 years, the Roman Catholic Church has been battered by a seemingly endless succession of child-abuse scandals. We are talking about priests and brothers demanding a full range of sexual favors from innocent children and using the power of their clerical status to intimidate their victims into silence about their “special relationship.”

If the dire behavior was reported to the church authorities, the bishops and other powerful men in chancery offices sought to protect their institution by moving the culprits around where, in a new setting, they often continued their sexual rampage. Parents trusted these men because of the roman collar they were wearing.

Abused children felt isolated and many suffered long-term negative consequences, including a plethora of suicides. It is hard to imagine the sense of abandonment felt by the church faithful as the depth of the betrayal sank in.

Today, clerical leaders have lost credibility and carry a red question mark on their soutanes.

Predictably, disillusioned Catholics left the church in droves as they realized the early defense metaphor about a few bad apples was fatuous when the reality showed the whole orchard rotting. Trust in the American church among parishioners fell from a credible 70 percent to a measly 20 percent, and weekly Mass attendance folded from 31 percent in 2000 to 17 percent in 2021.

Revelations are still flowing in as major diocesan and national organizations reveal that the rot was not confined to any geographical area. The stories from missionary countries, staffed mostly by Western priests and brothers, are only seeping out now.

Some of these men making their way into cultures with different sexual traditions and expectations found satisfaction with mature local women. Children from these clandestine relationships present new challenges, especially for the welfare of unclaimed children.

A French investigation last year concluded that at least 216,000 children had been abused there over the last 70 years. The numbers from other inquiries are just as damning. Early indications from an ongoing major Portuguese probe suggest that another bombshell revelation is on the way from that Catholic country.

The dismal numbers have fueled calls for change. Already strict instructions from Rome have ensured that any church official – priest, brother, or layman – credibly accused of misbehavior in the sexual area is immediately suspended and the local police are informed of the alleged transgression – very different from past practices.

Church leaders regularly trot out the spurious argument that by forgoing marriage priests emulate Jesus and can devote themselves more fully to their flock. In fact, Christ chose mostly married men among his apostles, and we read in Matthew’s gospel that he healed Peter’s mother-in-law who was suffering from a fever.

The disastrous handling of the abuse crisis by male celibates has raised the important question of how parents would have dealt with it if they had any clout. Would they have hushed up the allegations and shuffled the pervert priests around to other parishes, hoping, somehow, that they would behave differently in a new place?

Sex abusers seem to be unusually common among the clergy, perhaps because the job offers a plenitude of opportunity to meet with children and, until recently, to enjoy unqualified parental approval for this access. Some professionals estimate that between six to nine percent of priests have strong pedophile tendencies by comparison with one to three percent in the general population.

Irish psychologist Marie Keenan argues that abusive priests are products of a twisted formation system that left them fixated at an adolescent level of sexual development.

The first acknowledged Christian theologian, Tertullian, viewed sexuality as a “bubbling cesspit of desire.” For him, it was the sin that transcended all others and women were seen as man’s downfall, a view that was later seconded by Augustine of Hippo whose misogynistic thinking still influences Rome’s approach to females.

Reflecting on this whole area of caring for the young, women are far less likely to engage in sexually abusive behavior than men.

Many Eastern-rite churches, aligned to Rome, let their priests marry before ordination. Significantly, these churches have low levels of reported sex abuse.

The Catholic Church is desperately short of priests. If they dropped their celibacy and male-only requirements, it would open up a stimulating new pool. Many aspirants are unwilling to give up sex and parenting, and that will continue as a deterrent until the Vatican changes the rules.

Priestly celibacy continues as a topic of contentious debate among the 1.4 billion Catholics worldwide. Outside of Africa, a clear majority of the church members want change.

This carries some weight but is not determinative. The prelates, the men with the power, must be convinced of the need for new ecclesial structures, and most will use any phony argument to maintain the status quo and their own continuing authority.

Leave aside for a moment the various power games that many in the hierarchy will continue to play to justify holding on to the status quo, and concentrate instead on the awful damage that mandatory celibacy does to the men who are forced to follow this outdated and dehumanizing rule.

Obligatory virginity for priests may have made sense in the culture of the 12th century, but it certainly does not today.

In a recent speech Desmond Cahill, an Australian professor and expert on world religions, says many priests “are terrorized with their own sexual desire.”

Father Daniel O’Leary from the village of Rathmore in Co. Kerry served as a parish priest and theology professor in England until his death a few years ago. He authored a dozen books, and in his last essay before he faced what he called “the final inspection” he wrote movingly of celibacy as “a kind of sin, an assault against nature and God’s will. This mandatory celibacy does violence to a priest’s humanity and leaves wounds on his ministry.”

Is there any chance that Rome will heed O’Leary’s profound words and move from its antiquated ways?

This column first appeared in the July 27 edition of the weekly Irish Voice newspaper. Gerry O'Shea blogs at WeMustBeTalking.com.