Why priestly celibacy must continue in the Catholic Church

A uniquely Catholic institution that sets the church apart from all others. 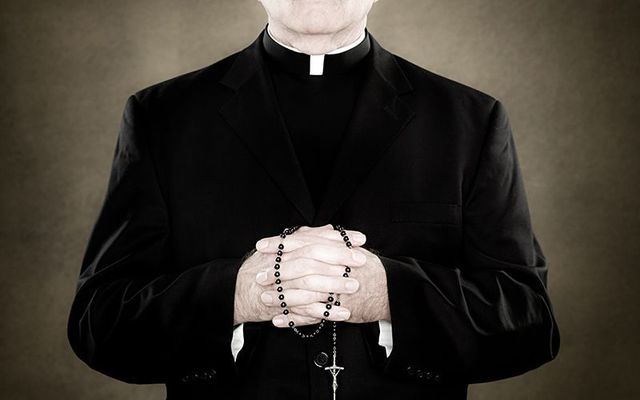 In recent times there has been an increasing number of challenges to the rule of mandatory celibacy for priests. This is understandable in a society that has become sexually permissive almost beyond belief. Nonetheless, celibacy lies at the heart of a priest’s identity and commitment.

Celibacy has an eminent spiritual dimension that greatly transcends the question of discipline. In an article published by L’Osservatore Romano, Stefan Heid, professor of Liturgy and Hagiography at the Pontifical Institute of Christian Archeology stated that “according to the judgment of the early Church, ecclesiastical celibacy has dogmatic relevance...When Jesus spoke of the eunuchs for the sake of the Kingdom of Heaven [for example] it was understood as perfect continence for all of the disciples, regardless of whether or not the Apostles were married.”

Celibacy has thus become a time-honored tradition that has been embraced and guarded by the Catholic Church for centuries as a brilliant jewel.

The Second Vatican Council confirmed that the Christian priesthood can be understood only in the light of the newness of Christ, the Supreme Pontiff and eternal Priest, who instituted the priesthood of the ministry as a real participation in His own unique priesthood.

To share authentically in the ministerial priesthood of Christ means to devote one’s entire life to the faith while sharing with Christ his very condition of living. Indeed Jesus promised a more abundant recompense to anyone who should leave home, family, wife, and children for the sake of the Kingdom of God. (Luke 18: 29-30).

There is also ample evidence in the words of Jesus and St. Paul (Mt.19:12; Cor., 7, 7-8 and 32-35) for looking upon virginity as the higher call, and by inference, as the condition befitting those who are set apart for the work of the ministry.

Further, priestly celibacy is a way for the priest to become more united with Christ and his mission, in an anticipation of the world of the resurrection. In celibacy, the priest is pulled forward toward the new and true life of the future for, as Jesus tells us: “When people rise from the dead, they neither marry nor are given in marriage but live like angels in heaven (Mt. 22:30).”

This, of course, creates a problem with the contemporary mindset, which seeks to close off God. In the agnostic world, the world in which God does not enter, celibacy is a great scandal precisely because it demonstrates that God is considered and lived as a reality. Hence, The world's problem with celibacy is not really about sexuality, but about the priest's commitment to the call of a higher power.

Today, more than ever, the church needs martyrs for the faith. The celibate life, one that is lived in close union with the Lord, prepares one extremely well for the supreme sacrifice of one’s life if this is the path that the Lord leads his faithful disciple to follow.

Celibacy also enables a priest to engage more intensely in spiritual direction. Contrary to some critics it is not true that spiritual guidance for couples would be better if it were given by lay spouses. Such a guide always runs the risk of unconsciously reliving the experiences of his or her own marriage and of transforming his or her own emotions into actions through a psychological mechanism without reflection.

For this reason, such a guide needs solid monitoring to prevent this from happening. On the other hand, a good spiritual guide has considerable existential experiences with many married couples and therefore can reach out to the most difficult cases. This explains the surprising fruitfulness of the writings on marriage of that great shepherd of souls, the Servant of God John Paul II.

Some people argue that the celibate life is too difficult. Pope Paul VI has countered this argument by saying that the grace of fidelity to celibacy is “never denied to those who ask it sincerely”. Indeed, human beings, with their intelligence and freedom, do not have to act on their sexual impulses in order to be happy and healthy. In fact, never controlling those impulses is a sure sign of a serious psychological problem.

Some critics claim that allowing Roman Catholic priests to marry will resolve the present priest shortage. There is, however, no real evidence for this: celibacy certainly did not prevent the early church from flourishing. In addition, a married priesthood would create new and equally serious problems. Married priests have to divert their attention away from their parishes to their wives and children, assuring their care and education. Also, a priest with a family is more difficult to move to a different parish.

In the words of Pope John Paul II: "The value of celibacy as a complete gift of self to the Lord and his church must be carefully safeguarded...The life of chastity, poverty, and obedience willingly embraced and faithfully lived confutes the conventional wisdom of the world and challenges the commonly accepted vision of life.''

Father Theodore Hesburgh, a priest of the Congregation of the Holy Cross, once described celibacy in this way: “True, I don't have a wife or children, but I have tens of thousands of young who call me 'Father' and they mean it. I have had the joy of forgiving sins, baptizing babies, joining hundreds of loving couples in holy matrimony, comforting the sick and burying the dead, which is not joyful but an opportunity to comfort the living. Celibacy has not been a hindrance to me. On the contrary, it has given me the freedom to belong not to one person but to everyone as completely and wholly as possible. There is no greater joy than responding to people with spiritual needs."

* Mr. Paul Kokoski holds a BA in philosophy from McMaster University in Hamilton, Ontario. His articles have been published in several newspapers and journals including, Homiletic and Pastoral Review, New Oxford Review, and The Toronto Star.