The new documentary Young Plato charts headmaster Kevin McArevey's mission to dare his young students in Belfast to think for themselves. 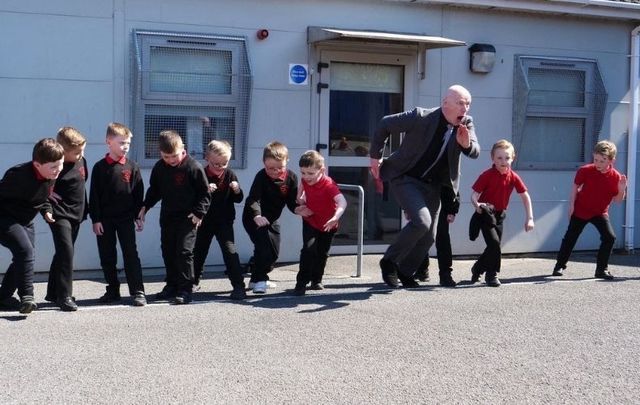 Never doubt that one man with a dream can't change the world. Just consider the case of Elvis-loving Belfast school headmaster Kevin McArevey.

Described by friends as a maverick, McArevey is fiercely determined to change the fortunes and fates of the benighted inner-city Belfast community he works in, one that's plagued by urban decay, sectarianism, generational poverty, and drugs.

That's obviously a tall order but McArevey is equal to it. In Young Plato, the new documentary film about his efforts, we see the real difference that good teaching (and taking an interest) can make to a community of boys growing up in an otherwise hostile and deprived environment, as he quietly sets about trying to break the areas long links to violence that is all around them.

Holy Cross Boys School in the Ardoyne in West Belfast isn't like many others in Ireland. Filming of the new documentary is interrupted because a viable bomb has been found near the school gates for example, in the kind of development that can bring childhood innocence – never mind life – to an abrupt end.

How do you save kids from that kind of atmosphere? Through teaching impulse control, giving them some structure to deal with their emotions, helping them to resolve conflicts without escalating them further is McArevey's answer.

Philosophy, which McArevey teaches his young charges, helps people to think, to refine the questions they ask, to reconsider, to listen as well as talk. These are powerful life skills that aren't often taught to working-class kids. That is part of the power of his approach.

From the north himself, he knows the area and the steep challenges facing the local kids. He's not some middle-class do-gooder imposing his unwanted ideas on people he personally looks down on, he's acutely attentive, thoughtful, and responsive to their moods and interests, allowing him to connect at a deeper level and the results – which we see on film - are remarkable.

The boys are taken seriously and they respond in kind. Seeing the potential in young people who are otherwise overlooked isn't just smart for their social development and the wider society, it's a kind of magic that unlocks their hearts and minds in ways that can be absolutely transformative and McArevey knows this. His project is in part to revive the place in which they all live too. 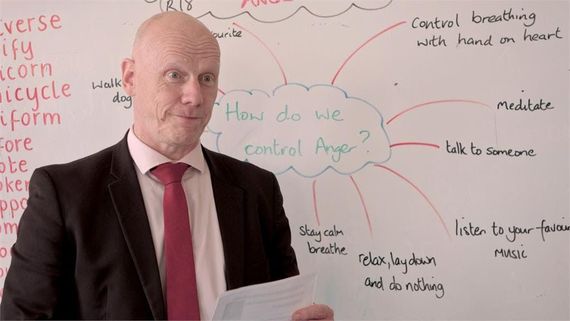 As the film progresses, it reveals more and more of the philosophers that inspire him, the drive that keeps him going, and the response he gets from the people he teaches. When did you last hear of Plato, Confucius, and Socrates sharing time with maths, grammar, and geography in a pre-high school setting?

He doesn't just teach the local kids, he also hosts meetings with their parents on the subject of – shock, horror – how to talk to your own child. He gives them structured discussions to have with them. He gives them homework and they respond to it as vividly as their kids do.

The greatest gift McArevey gives his students is the means to access their own voice. In a country scarred by violence, he helps them break the cycle by asking the questions that arm them better than any weapon could. “Why do you want me to be involved with violence?” he asks the boys to ask their parents. “That's you. That's not me. Why do you want me to be you?”

The film shows us how the lives of his 430 primary-aged boys are being quietly transformed by the wisdom of the ancient Greeks in the kind of once-in-a-lifetime turnaround that can turn around a whole town.

Addressing their trauma and their inherited trauma at its source, he and his philosophical teachings are a lifelong shield against the pessimism, violence, and despair that surround them.

Plato once said that the highest end a person can ever attain is to sit down and contemplate the good. This film, this school, this man, and these pupils have already started that work and the good that they contemplate will obviously live long after them.

Young Plato will have its World Premiere at DOC NYC festival here in New York City on Sunday, November 14 at Cineapolis in Chelsea at 4:05 P.M. To buy tickets for Young Plato, visit docnyc.net