If you want to know what the future is going to look like in the United States, book an airline ticket. 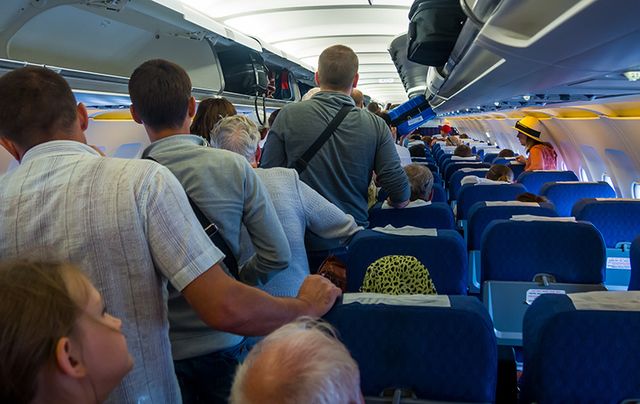 "The rapidly shrinking economy airplane seat is itself the perfect metaphor for what has happened to the country and to the West." iStock

If you want to know what the future is going to look like in the United States, book an airline ticket.  I wrote these words in 2016 after it had become clear to me that growing weaknesses in late stage capitalism are best seen at our nation’s airports.

Just go online and watch all those flashy popup ads compete for your attention like billboards on a freeway I wrote, all equally desperate to secure your hard earned cash.

It’s only after you pay for your increasingly expensive economy ticket that will you be casually informed your flight was oversold. That means your paid for seat hasn’t actually been assigned.

In fact you don’t have a seat. And no, you can’t upgrade by paying out more money. All the Internet travel companies wanted was your hard earned cash.

They’ve got that, so now it'll be up to you to sort out the bothersome details like whether you’ll be permitted to sit or whether you’ll even be allowed to board.

That’s because these days you don’t get what you paid for. You get what corporations give you, based on their own internal projections, leaving you to fight for the rest.

Once you pay for an airline ticket now you go from being a fee paying customer to a percentage point, part of a cold computer algorithm. This overselling flights practice is designed, we are told, to compensate the airline for any no-show travelers on the scheduled flight.

But it’s surprising how few people grasp how widespread the practice has become. In 2015, 46,000 travelers were involuntarily bumped from flights, according to the Department of Transportation.

When they bump you from a flight it’s supposed to happen at the gate however, not when you have actually boarded the plane and are sitting in your seat with a reasonable expectation of departure.

The practice is already hostile enough without the added insult of ejecting fare-paying customers. It speaks to a growing culture of corporate indifference, where the bottom line has become the only one.

Critics will point to rising costs across the airline sector, but I would remind them of the eye-popping compensation annually paid to their gilded CEOs, who are only called to account these days to explain the latest outrageous dilution of a customers personal comfort and rights.

Most corporations know they make more money for their shareholders by putting the financial squeeze on the rest of us. Today the increasing ruthlessness of that squeeze is most clearly seen from rows 10 though 35.

The rapidly shrinking economy airplane seat is itself the perfect metaphor for what has happened to the country and to the West. In Ireland, for example, the head of Ryanair famously discussed replacing airplane seats with standing stools. He had stopped seeing his customers as people, seduced by the savings and the projected profit margins.

So over the years, without you noticing, everything around you has gotten smaller and more constricted, like a shrinking airplane seat, until you finally realize that just like on one of our economy flights now you can’t move, turn, stretch or recline. You’re trapped.

Watching that poor Asian American doctor being manhandled, brutalized and forcibly ejected from his set on the United Airlines flight this week has demonstrated just how ruthless our corporations are willing to become in pursuit of their own gain now.

All pretence at public accommodation has been completely dispensed with. That man was treated like an irritating object.  His appeals went unheard, his humanity was discounted. He was simply targeted and ejected with the cold indifference of a computer click at an airport gate.

But the fact that United Airlines is now literally pulling people off its own planes represents a new frontier in the increasingly losing battle between customers and corporations. Each time the customer surrenders more ground and the corporations claim it. There’s no balance.

It’s as if we somehow went to sleep in the more accommodating age of TWA and Pan Am and woke up in the age of Spirit Air and Donald Trump.

What’s truly disturbing is how comparatively little time it took to get here. And now, exactly like on our shrinking plane seats, we can’t seem to move.