If you want to know how things are going at home, you should visit another country. 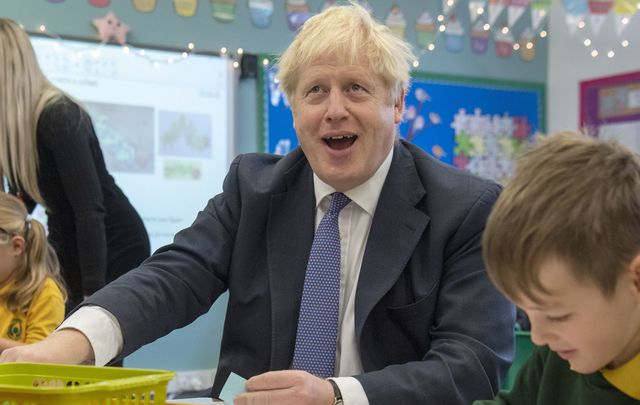 If you want to know how things are going at home, you should visit another country.

I'm about as far from New York or Dublin as it's possible to be this week and yet all the newspapers and television news shows that I'm looking at here in Japan this week are telling me the same story: exactly how little this country thinks of Brexit and Donald Trump.

I'm sorry if this offends, but the fact is they're laughing at us.

The British are being portrayed on TV here as the crashing bores who loudly announce multiple times that they're leaving the party but somehow never go.

Worse, the United States is being portrayed as a rogue nation that is lead by a ranting, Tweeting lunatic.

I am told they used to laugh at Trump here before the 2016 election, but now fully 82 percent of those polled here worry that his increasingly rash decisions and intemperate language could set half the world on fire.

Having a rogue state like North Korea on your doorstep is a sobering fact here, especially since the whole world knows that the notoriously secretive regime is busy pursuing nuclear arms.

The weird North Korean despot that Trump coddles and calls Rocket Man isn't a  joke to anyone living here, he's a threat to the stability of the entire Asian region and the Japanese are alarmed that Trump can not seem to understand his threat.

But the never-ending Brexit farce and Boris Johnson don't play very well here either. The Japanese are not charmed by Johnson's carefully crafted dishevelment, nor are they impressed with his endless appeals to the glorious past or some bright but still distant future.

Instead, they simply see what is evident to even the most dispassionate observer now, that Brexit offers what it can not deliver and promises what it can not achieve. There's a three-letter word for that kind of thing and over here and it's being used a lot, it called a con.

But consider for a moment how much of our own reputation is being lost to Trumpery. America has long enjoyed a unique standing in the world as a beacon of liberty. In Japan, that legacy is profoundly complicated by the second world war, but the aspirational American Dream still has real meaning here.

Or it did. It's clear that our image is rapidly changing and being diminished by our civil war politics now, but that's not all. Beacons of liberty cannot withstand images of young immigrant children being torn from their crying parents, to be adopted out unwillingly or be detained behind bars.

Beacons of liberty don't turn their nations into paranoid, walled fortresses to keep other freedom seekers out.

Beacons of liberty don't divide Americans up by race or political party or bank balance or skin tone or zip code and bluntly call them winners or losers. No American president before Trump has ever used such coarse language or methods. It's being noticed here and the damage is being done.

The British too are debauching themselves politically in the world's eyes. Where once they stood for decorum and doing things in a way so measured they were often quietly mocked, now instead we daily see British politicians at each others throats over who owns the best route to the future and who is so widely off the mark that their words should be condemned before they're considered.

Britain has turned inward on itself and America has apparently done likewise, and these squabbles are doing profound damage to decades and even centuries of carefully crated narratives of their political stability and special place in the world.

But it's not just doing damage at home, unfortunately. If Britain has become a basket case if America appears to be in a marked decline, what nations will come to take their place on the world's stage? Russia? China? What happens then?

Hypnotized by our own internal strife are we missing how dangerously self-indulgent and destructive our political civil wars have become? From elsewhere in the world the danger we're in now is very clear indeed.

Read more: Samantha Power on her new book and how being Irish made her