He was never the loudest man around, but my father's quiet Irish pride always spoke volumes on Saint Patrick's Day. 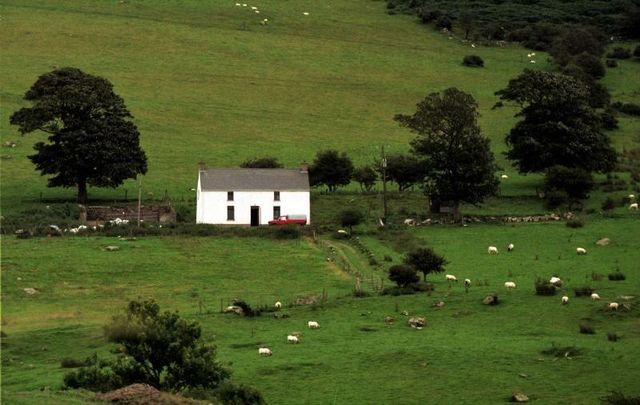 Remembering my father, when I was a child. "His love for Saint Patrick’s Day is a thing I still vividly remember." RollingNews.ie

I cherish my memories of St. Patrick's Day with my father in my native Co Donegal.

My father wasn’t religious, but he loved Ireland. For him, Saint Patrick’s Day was an opportunity to celebrate his countrymen, not the severe-looking saint.

He conveyed this to us in quiet but unmistakable ways. He had no interest in the religious observances, but he loved County Donegal and the Inishowen peninsula in particular.

It’s the most northerly part of Ireland and in his opinion, it was the most beautiful, an epic landscape that fills your head with wild dreams before you even know it’s happened.

In the morning, he signaled that this was a day of solemn observation by getting dressed up to the nines. To this day when I think of Saint Patrick’s Day, the first thing that comes to mind is the aroma of Nugget boot polish.

By morning, he would have his own boots shined and resting on old newspapers. Although he’d have the back door open to let the paraffin smell out you still could smell it from the top stair.

By March, the snowdrops have flowered and wilted and so have the bright yellow daffodils that followed them, but it's still not quite time for the tulips or the roses.

It’s an unsettled and unsettling month, March, where the weather doesn’t quite know what to do with itself, be it rain, hail, sleet, or even snow. Then and now it seemed to me like such an Irish time of the year to celebrate our heritage and faith. After all, you need tenacity to weather an Irish March, and what are the Irish if not that?

When other nations might stay warm indoors and wait for the flight of the first swallows, we were already out in the north wind waving plastic tricolor flags at homespun floats featuring attractions like McLaughlin’s Skip Hire and Doherty’s Sausages.

My father got a lot of laughs out of that. It was the 1970s, and he was known about town for holding strong opinions and for expressing them if he was asked, and it was fun for me to watch the unflappable locals listening to him as if they were suddenly standing in a strong gale.

But he was quiet too and introverted and not given to any kind of showmanship, an odd mix for someone so passionate in his views.

At the time, I felt much more ambivalent about Saint Patrick’s Day than he did. It wasn’t Christmas, which meant presents, or Easter, which meant chocolate eggs. It happened in the middle of Lent and to me, it was a weird, unresolved mix of militarism, spectacle, religious observance, and Mardi Gras.

These days it’s a colorful festival, but in the 1970s, it was a stern and rustic parade. Out came the young drum majorettes in their tall white hats, their noses blue and their cheeks red – the tricolor, but of France, not Ireland.

I remember how they’d play the "Wild Colonial Boy" and "Skibbereen" and "Many Young Men Of Twenty" with such passive expressionless faces. Just get through it; their frowns said to me, there’s a cup of sweet tea and a ham sandwich at the end of this.

Huge gusts would blow the miter or the beard off the man playing Saint Patrick and it would suddenly be a game to do to retrieve it and hand it back up to the slow-moving float. Other times religious banners would fill like canvas sails and unwrap and blind the marchers behind it. Those moments were gold to me.

Through it all my father remained very mysterious to me; I could never read his thoughts then or ever. It was odd for him to express enthusiasm for any social event so his love for Saint Patrick’s Day is a thing I still vividly remember.

Irish people of his generation didn’t often talk about patriotism, instead, they combed their hair and shined their shoes and stepped out to greet the morning with some shamrock pinned to their best jacket. That said - more than any speech or declaration - I love this land and these people. I am proud to be counted among them.

And I can still see him, quiet but looking his best, watching his friends and neighbors parade, part of their world and somehow forever outside of it. Passionate about his loves and hates but measured in everything, contradictory, impossible to fully fathom, Irish.