It seems appropriate that our day of national celebration has taught us some hard lessons about Irish identity. 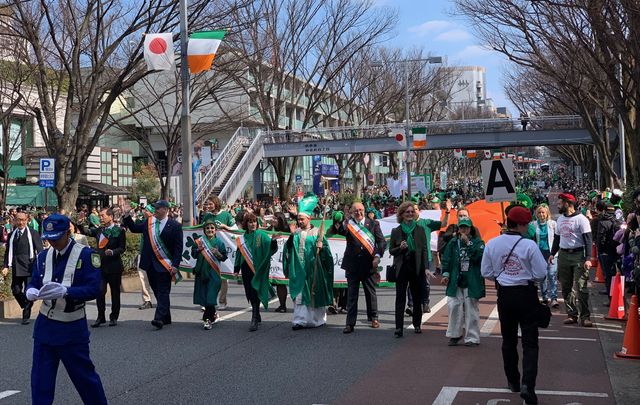 As the half-frozen drum majorettes in my hometown once taught me, Saint Patrick's Day is not just a thing to celebrate, it's sometimes a thing to get through in one piece.

It doesn't matter if you're stepping out in Mullingar or Manhattan, you can expect sunlight, showers, the odd hailstone, sometimes even snow, and often all within the same hour on the same day.

But March has always been the perfect month to celebrate Ireland's national saint – and behind that the Irish themselves – because thanks to the four seasons in one day weather you must endure this month, it reminds us that tenacity is a very big part of the Irish story and character.

For these reasons, I have grown to like that there's often an element of challenge in the day itself. Mostly it's down to the very unpredictable weather but here in America, for decades, it was also down to the senior parade organizers, some of whom wanted to dictate who could and could not show their Irish pride on the day. 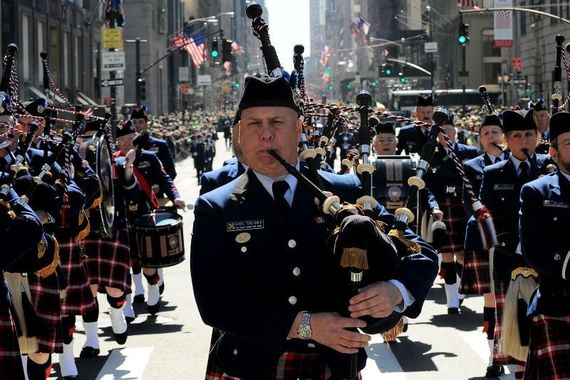 I haven't quite gotten over the decades-long insult given to LGBT Irish groups who were refused the right to march yet. After hundreds of years of oppression, after centuries of attempts by powerful interests to blight Irish lives and halt our progress, some of us immediately turned around and used the same blunt instruments on our own countrymen and women, as though they had never learned the sting of exclusion and discrimination themselves.

Because despite what powerful cardinals and parade presidents like to say, they do no control who is and who isn't Irish, and showing welcome is the key to the Irish soul after all. 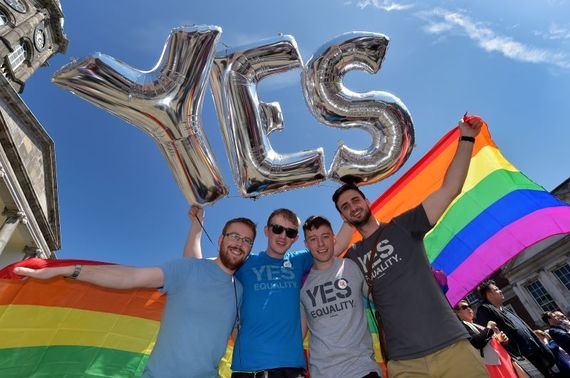 The decades-long ban on LGBT Irish groups marching in the parade in New York was a lesson taught to slow learners that being Irish is a much bigger and more all-embracing project than these self-appointed gate keepers ever imagined.

I have personally seen the proof of this. Two years ago this month I was in Tokyo, Japan to watch a huge Saint Patrick's Day parade step off on Omotesando Avenue, the Fifth Avenue of that greatest of all great cities.

How on earth was Saint Patrick and Ireland being celebrated in one of the countries that Ireland was furthest from, I wondered? And why were there no less than fourteen St. Patrick's parades happening in fourteen different Japanese cities and venues in the same week?

What is it about Ireland, or the world's idea about Ireland, that makes us such a terrific excuse for a big parade and a party? Looking around the Tokyo streets at the Japanese born traditional Irish pipe bands and dancers and fiddle players and bodhran and harp players (and all the Guinness, stews and soda bread) I finally understood that our Irish culture is our true superpower, and that Irish culture makes its home anywhere there is life on earth. 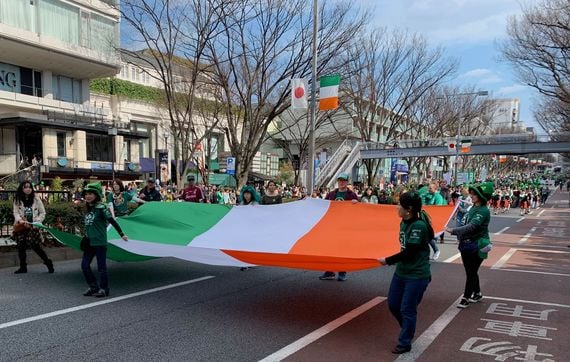 In Tokyo I also learned that the Irish government is building a state-of-the-art Ireland House to promote our culture, goods, and services to the Japanese market, one of the top five on the planet. It will be the biggest foreign investment in the history of the Irish state.

That far-seeing initiative will mean that in years to come many Irish people will speak Japanese as fluently as they speak Irish. It will extend our footprint diplomatically, economically, and culturally into the wider Asian marketplace. It's economically smart, it's politically far-seeing, it's the future.

Thinking back to the homespun and often hilarious St. Patrick's Day parades I remember as a boy growing up in Donegal, I can see now that the one connective thread that linked it to the wider international diaspora around the world is a theme that links us all to the hive mind of the Irish globally: connection and welcome.

No other country in the world enjoys such a passionate and playful international profile or reach. To the world, Ireland spells welcome and connection and St. Patrick's Day reminds us from Cork to Canberra that anyone can come. We are still only learning how powerful that welcome can be.