"Paul McCartney The Lyrics, 1956 To The Present, Volume 1 and 2" is possibly the most intimate and heartfelt look into The Beatles yet. 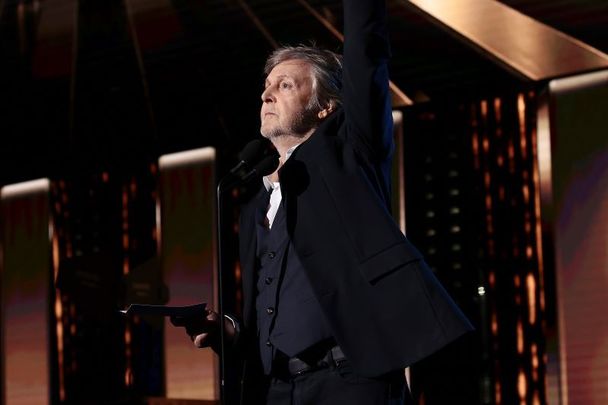 Irish poet Paul Muldoon has complied the lyrics to Paul McCartney's most iconic songs in a luminous two-volume collection.

But he goes further and has McCartney recount the story behind each iconic song - taking a deep dive into McCartney's life (and addressing his influential Irish ancestry) in the process.

If the capital of Ireland is Liverpool – and many believe it is – then the famous songwriting duo John Lennon and Paul McCartney and their band The Beatles, the greatest band in rock and pop, are part Irish too. 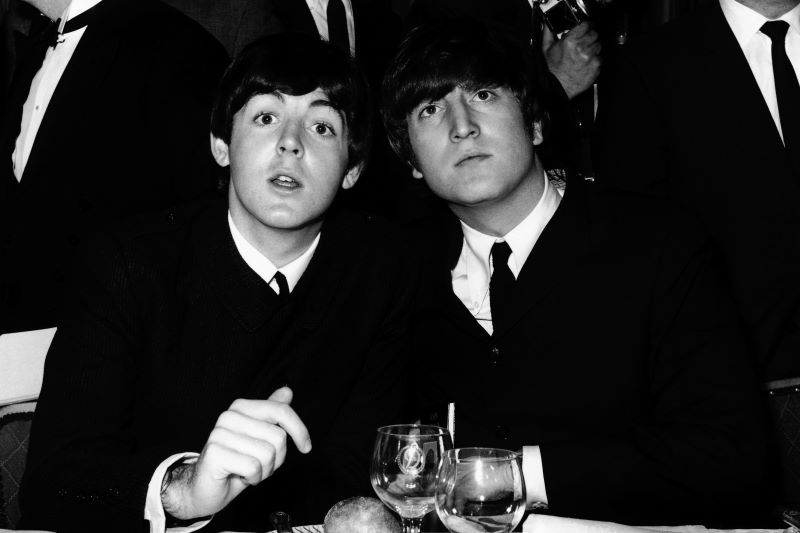 It shouldn't be controversial to say so. Lennon and McCartney variously remarked on it, but in Paul Muldoon's intimate and very moving two-volume collection of McCartney's lyrics and discussions of the events that inspired them we get perhaps our closest look ever at the secret life of a rock legend.

Titled "Paul McCartney The Lyrics, 1956 To The Present, Volume 1 and 2" (Liveright Publishing), the two-book set will make an ideal Christmas gift for both fans and general readers because Muldoon, 70, a fan and musician himself, understands just how intimately these songs are irreducibly entwined with the eras they were written in.

How can you think of the 1960s without the pop band that was at its riotous center? Both of their time and yet timeless, The Beatles music will likely endure till the end of human history. This is literally true because in 2008 NASA beamed one of their songs Across The Universe into deep space on the 40th anniversary of the day the band recorded it.

The transmission was aimed at the North Star, Polaris, located 431 light-years away from Earth, meaning it will travel across the universe at a speed of 186,000 miles per second for centuries to come. Talk about making an impact.

McCartney, 79, has often been asked to write his autobiography but he has always resisted. The songs tell his story he says and they are all already out there. But using the songs themselves as a guide and time capsule, Muldoon has managed to tease out new and illuminating biographical details from the man who wrote them and the results are never less than fascinating. 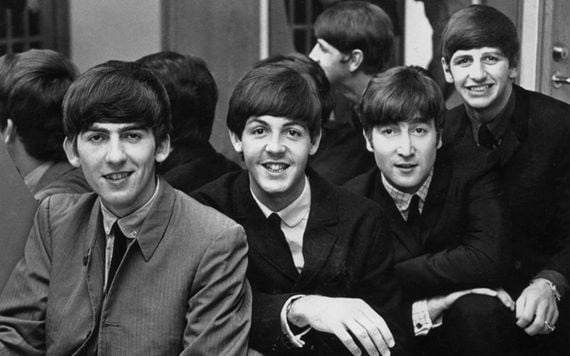 Listed alphabetically, if you throw a dart you'll hit another classic. Take Blackbird from the White Album, for example. The song was written only a few weeks after the assassination of Martin Luther King Jr.

“That imagery of the broken wings and sunken eyes and the general longing for freedom is very much of its moment,” McCartney tells Muldoon. But it's timeless too. In fact, the White Album, uniquely of all the band's output, seems to stand completely outside of time as one of their greatest and most enduring achievements.

The deep and life-changing friendship between McCartney and Lennon is often referenced, the way in which they played miraculously to each other's strengths and interests and brought the best out of each other, as well as oblique (and not so oblique) references Lennon's biting sarcasm and the sheer destructiveness of it, which McCartney saw as the defense mechanism of a young man who had much too rough an upbringing.

By contrast – and McCartney is keenly aware of it – his own family upbringing was fairly idyllic, with his Irish Catholic mother and Protestant father teaching him the lifelong values of tolerance and moderation, attributes that his friend John often struggled with.

Muldoon, who has published more than thirty collections and won a Pulitzer Prize for Poetry, explains in the foreword that he was startled in 2016 to receive a call from Donald Trump, who immediately invited him to Washington to become his “Poetry Supremo.”

It turned out to be Paul McCartney on the phone mimicking Trump, rather too convincingly Muldoon adds. “That Sir Paul McCartney turns out to be such a brilliant mimic shouldn't have come as a surprise,” he writes. All great writers can often become mimics as they grapple with the works that intrigue and inspire them. 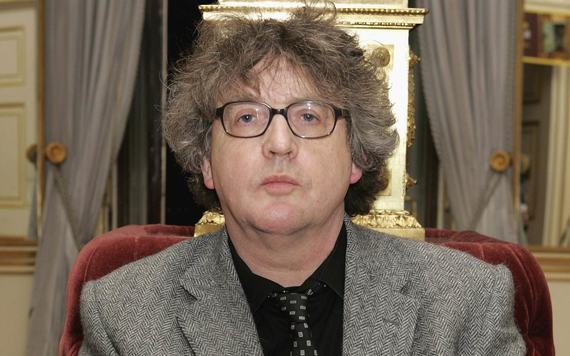 Just as in McCartney's catalog, there is so much here to enjoy. At times, the early days of the band (which his memory has preserved far more completely than the events of more recent years he admits) leap to life with the can you believe all this wonder of early Beatlemania.

After the assassination of John F. Kennedy and the national gloom that followed, young people were looking for an avatar of joy and release. That finally came in the form of four long-haired lads from Liverpool and their new sound, which lifted the roof of their debut Ed Sullivan Show performance.

People, including singers like Bruce Springsteen and Chrissy Hynde, date their rock and roll awakening to that moment in history broadcast. When The Beatles arrived in New York for the first time five thousand teenage fans were already waiting at the airport, the name of which had just recently been changed to JFK. In fact, the screaming was so loud that Lennon's then-wife Cynthia thought that it must be the airplane's engines.

Ever attentive to the long journey the band took, Muldoon gets McCartney to consider how the band's songwriting style (and his own solo career) developed and became more experimental over time. Instead of alienating the core fans it picked up new ones, McCartney discovered.

But fans who want to learn more about his life should read his lyrics he repeats, because they reveal more than any single book on The Beatles ever could. Muldoon cannily realizes that the most revealing discussions of all involve McCartney talking about his song lyrics, which lead to deep reflections on what passed between the various band members half a lifetime ago when they were still in their 20's.

How strange at the age of 79 to have his life half defined by what he did before you turned 30, but McCartney resists any temptation to draw a line. “When people ask I tell them I'm still a Beatle,” he reveals. “That's true for Ringo too, who still throws up the peace sign in every photo taken of him. We have kept faith with who we were.”

Part of that keeping faith involved their respective Irish ancestry. “It's been pointed out more than enough times that the capital of Ireland is really Liverpool, and Liverpool certainly has a huge Irish component,” McCartney says. “Our humor is essentially Irish. We tend to see the fun in things. That's partly because of the bleakness that hung over people's lives.”

The verbal banter and the playfulness between the band members come to the fore again in McCartney's recollections here. He is more relaxed in his discussions with Muldoon because he realizes “he isn't a biographer looking for gossip or secrets, hoping to hear more about some supposed feud between me and John and Yoko. Nor was he an over-the-top fan turned screenwriter, looking to transform every word into some kind of sacred text.”

Instead, Muldoon is a poet, who can patiently wait for a moment to reveal itself. His conversations with McCartney happened over five years. The more they talked the more they realized they had a lot in common and in their conversations long-dormant memories were stirred up. This will not be the final word on McCartney's great contribution to The Beatles and pop music, but it is possibly the most intimate and heartfelt yet written.