"I have lived in New York since 1999 and I have never felt the place as physically threatening as it currently is." 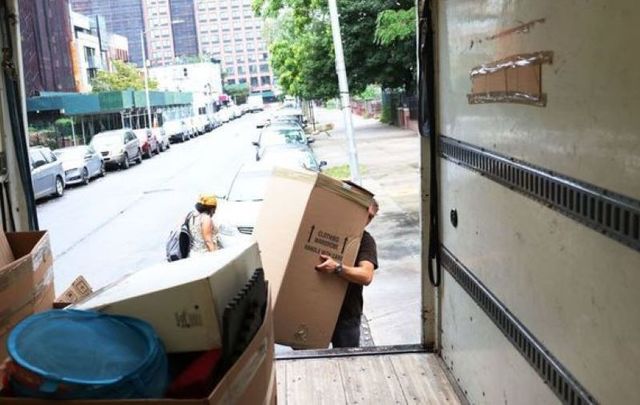 If you haven't been to New York City since the world changed, allow me to paint you a quick dystopian picture.

Many signature shops and restaurants have long been boarded up and graffitied, giving the streets a bracing for a big hurricane feel, as do the shuttered Irish pubs with their faded Saint Patrick's Day decorations from the aborted celebration of 2020 still in the windows.

Times Square feels unusually empty and haunted, a place to get through quickly before the aggressive panhandlers find you. The wide city avenues are increasingly filled with marauding, unsupervised gangs of teenage boys on bicycles. Some of them have now taken to assaulting unsuspecting passers-by, swinging fists, or even throwing rocks, without much fear of capture. 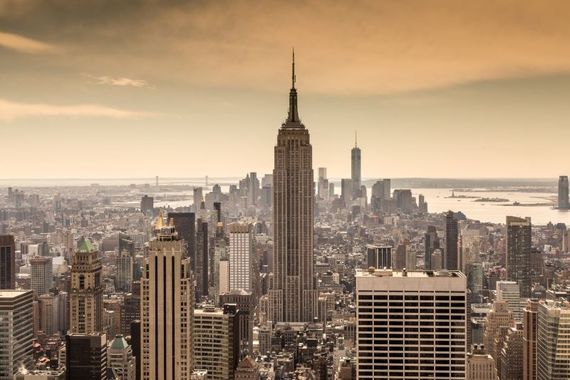 Police officers who predominantly live outside the city limits have had less and less investment in what goes on here, taking widely differing political standpoints, ones often at odds with all the main city decision-makers. After a summer filled with street protests, you can often see the alienation in their faces.

Meanwhile, city authorities don't talk to each other, preferring to talk past each other. From the cops on the street to the governor in Albany, everyone blames the other guy for the growing public order crisis.

What no one can deny, despite our personal views, is that we are all in this together. The mayor and the governor and the cops may agree on literally nothing, but if they can't work together, then the city falls apart.

That's where we are now. Somewhere between a full collapse and the decision to do something radical to stem it. 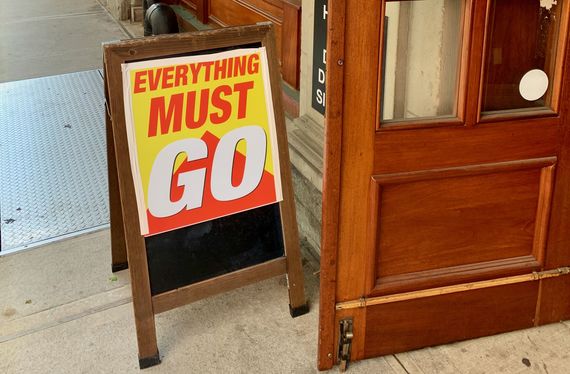 Signs seen all around Manhattan now.

I have lived in New York since 1999 and I have never felt the place as physically threatening as it currently is. On the subways, some commuters, men mostly, seem to want you to ask them why they're not wearing a mask just so they can verbally and perhaps physically assault you. They're ticking bombs of aggression and belligerence.

Since doing the bare minimum to protect yourself and others became a political football under the Trump administration, a hardcore of enraged holdouts still act as if they're being personally violated when they are asked to do the minimum as citizens and mask up.

Train buskers still come into the unsupervised subway cars without masks and then begin to sing, at the top of their voices, in an enclosed space, in a pandemic that is spread by respiratory drops.

If you get up to change your seat and put some distance between you, they can act as if they are being personally victimized by your decision. How dare you suggest they are carriers of contagion. It's clearly you who is the problem, not them.

Another new thing is the open smoking of marijuana in train cars at any hour, which the public endure with practiced 'can you believe this' looks at each other. I can't believe it actually. It's so inconsiderate of others it should not be happening. 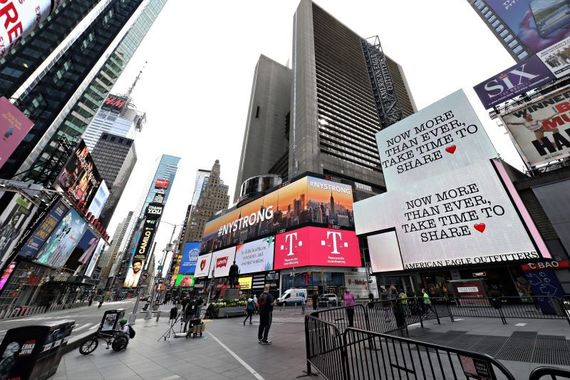 Meanwhile, every city block, you will meet couples and small groups who think that masks are for the birds. They simply forgo wearing them entirely, walking along the public streets and parks of the city as though 30,000 people here have not just died here gasping for breath in the past twelve months.

So I have been thinking a lot about masks and unmasking since the pandemic hit for obvious reasons. It has been unforgettably instructive to learn just how many New Yorkers don't give a hoot about their neighbors or indeed at some level, themselves. By July, the death toll since the start of the pandemic is expected to pass 600,000 Americans according to a model from the Institute for Health Metrics and Evaluation at the University of Washington.

We are not all in this together, clearly. In case you don't know those with summer homes and a substantial rainy day fund have long ago decamped upstate to weather the storm, leaving behind empty homes and tastefully furnished apartments that they may never in fact return to. 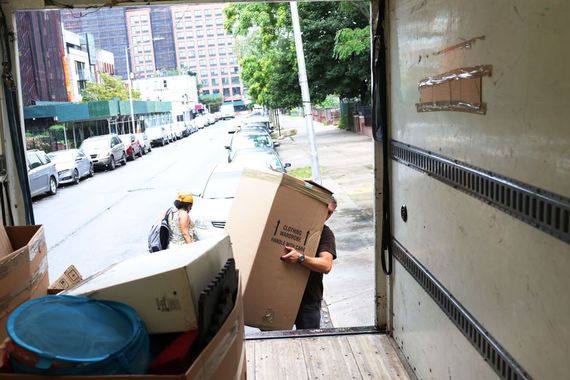 And all of those new glass and steel skyscrapers purpose-built for the financial classes may now never find their well-heeled tenants, because who wants to live in a high-rise petri dish, exclusive gym membership notwithstanding?

What we have been reluctant to contemplate is now staring us in the face. The crisis in this city has already started. A human exodus has happened that may never be reversed.

We're in the strange lull between identifying the problem and responding to it. We need united leadership but we have squabbling factions. There are storms ahead.