One year after the pandemic's start, what have we learned?

One year after the start of the pandemic in the United States, are we ready to face up to the horrors we lived through yet? 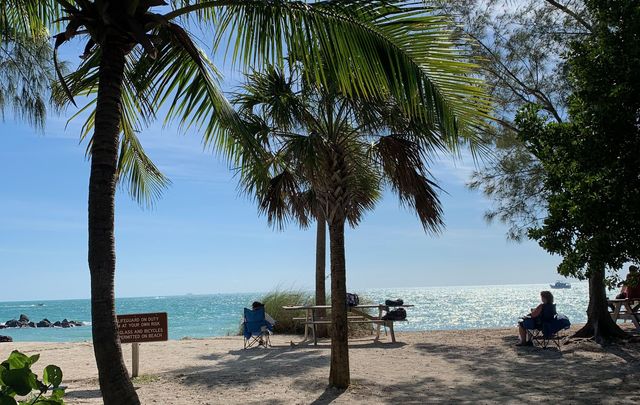 A sunny getaway was a precursor to one of America's darkest years. Cahir O'Doherty

One year ago this month, my husband and I took a plane to Florida during the coldest snap of the winter. From the windows we watched the grey cold of New York City give way to the warmth of the Sunshine State.

It was like turning the clock forward from winter to summer. It was such a sweet escape.

I had arranged this trip because for some time prior my mood (not just the skies) had darkened. There was good reason for this. It seemed clear to me that the increasingly authoritarian rhetoric coming from the Trump White House was shepherding America toward a cataclysm. So for the majority of 2019, I had wanted to see other places, far away places, far from his dangerous presidency and moment. 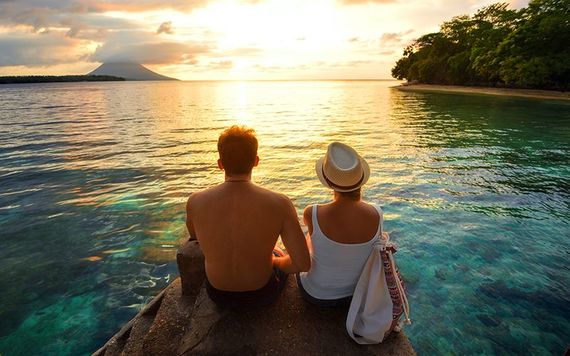 When the plane touched down the warm sweaters and jeans we had worn in Manhattan were quickly exchanged for shorts and t-shirts. The warm sun spelled shades and sunblock, and it had only taken three and a half hours to get here. It felt like a magic trick.

Outside the airport, taxis lined up in the 75 degree equatorial weather waiting to transport us to our hotels. On the way, I felt my body unclench from the biting northern cold. We had come for a de-stress and we intended to have one.

To get in the mood early, my husband and I did some fun touristy things. One involved a sunset cruise on the Gulf of Mexico. Onboard our ship we met another gay couple who looked like preppy GQ models. They were friendly and soon asked us what had brought us there. My reply startled them. “I just want to see a bit more of the world before it burns,” I told them.

It's not really a holiday tone, is it? But I was being honest. “What do you mean?” they gasped. I replied that the skies were darkening worldwide and that anyone who was taking the current pulse of D.C. politics could see which way the wind was blowing: nowhere good.

On top of all that, a deadly pandemic was brewing in China and we were fools if we thought America's failing infrastructure and health services – or its bumbling narcissistic president – would be a match for it. 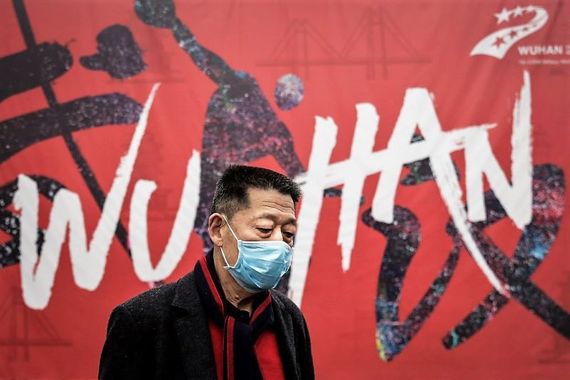 But I don't blame them for shuddering and lifting their beers to look out at the view after that. They were on vacation. The last thing they needed was some prophet of doom, but the daily tweet-storms of bad news were turning me into one.

The stupid thing I tried to do was try to convince myself I could outrun the gathering storm clouds by high tailing it for a week. The world was in crisis, America's president was dividing the nation up into blue states and red states, so even this far south, there was no escaping the darkening shadow of Trump's disastrous presidency.

The flight back to New York after the sun of southern Florida took no time. Clouds and rainy weather near New York made for a turbulent last leg and when we reached the airport the alarms were going off because someone had tried to exit through a restricted doorway. Welcome back, it said, there will be no let-up now.

Back at work the next morning, I watched the developing coronavirus story with growing unease. The lackadaisical public reception here reminded me of the early days of the AIDS pandemic. People just didn't want to know.

In fact, it looked like an action replay of 1984 in front of my eyes – yet another high handed, uncaring Republican president was busy telling us that the threat was contained and unworthy of our alarm or interest.

So that's when I started to prepare. The first thing you learn about Trump is that his biggest lies are always told to protect himself. The more ass-covering he indulges in, the closer you are to the truth.

A pandemic would clearly be bad news for his reelection chances so he was telling the cameras there was nothing to worry about. It was such an obvious lie. In fact, soon enough, he would have the virus himself.

That week in February, I wore a face mask to the grocery store and a woman in the bread aisle rolled her eyes at me. Look at this dumb snowflake, her expression said. She was somewhere in her early 60's. Who's rolling their eyes now?

Now, more Americans have died of the Covid-19 than citizens and soldiers in the whole of World War II. Now, the vaccines are being distributed so slowly because back in June, Jared Kushner publicly asked why he should come to the aid of blue states at all?

Now we can begin to count the cost of Trump's indifference to all but his own fate and see the scale of the ruin he led us into.

I don't know why it took an insurrection on the Capitol for the majority of white Americans to understand that this was where Trump's presidency was always headed.

I don't know why it took 452,279 deaths to understand that he was unfit to govern at all. I don't know why they thought that they alone would escape the attacks he led and the mayhem he visited on every other minority in the nation.

The only thing to do now to bring this whole sorry chapter to a close is to impeach him and invoke the 14th Amendment on the members of his party that incited an insurrection with their blatant repeated lies. A vast pyre of the American dead demands it – and justice must be served soon - if that pyre is not to grow.