After Covid-19 and Trump, America is profoundly changed

"The pandemic and Trump both lifted a rock and we got a good look at what lies under it." 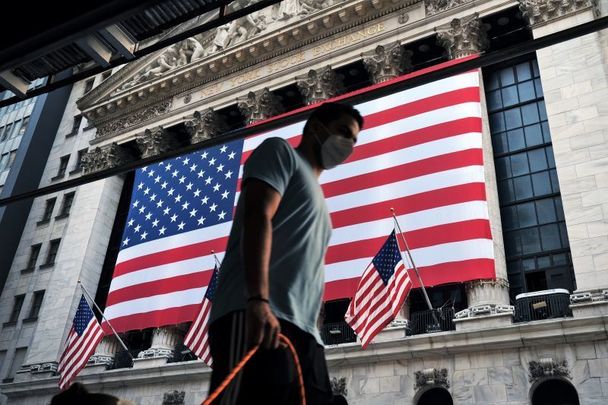 From Donald Trump to the coronavirus, the human cost of what we have all just collectively lived though seems higher than almost any we've paid before.

Times have been so hard for so long. People are not supposed to live in protracted isolation but one quick look around confirms it: bars, restaurants, cinemas, nightclubs, theaters, music concerts – all the congregation points of our lost world - now look as forlorn and deserted as the Mary Celeste.

We are home all the time. When we are not home, we dart to and from places with our purpose laid out before we leave.

There's no sauntering, no lingering, very little stopping to smell the roses (we'd have to take off our double masks) and so there is instead the simple hope we get our laundry done or our groceries picked up without becoming a new statistic in the weekly coronavirus cull.

It's appalling. It's grotesque. It's how we live now and I am not inured to it and I hope never to become inured to it. 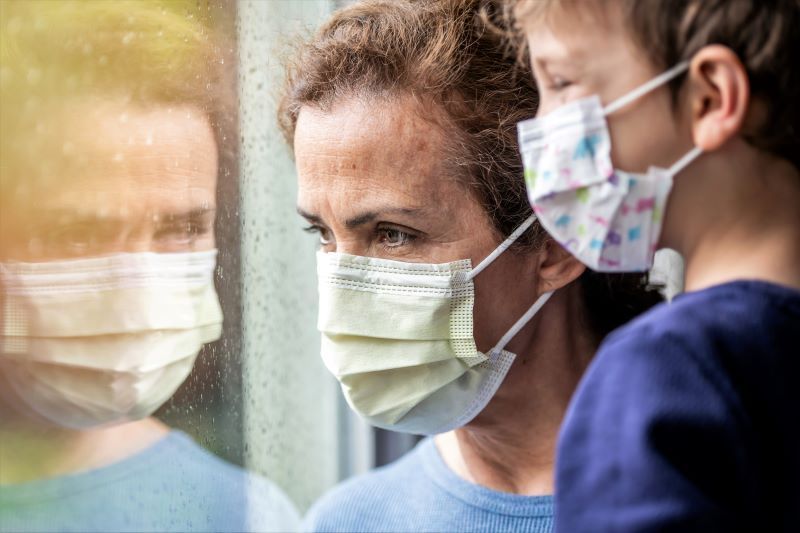 When the pandemic started, many people turned to online Zoom meetings in a brave attempt to bring a semblance of normality and control back to their lives amid the terrifying global contagion.

But how normal was it to act like the world wasn't in crisis when our TVs were already filled with images of overfilled freezer trucks stacking up outside city hospitals? How normal was it to wake to the sound of ambulance sirens – as we did for months here in New York City – and fall asleep to them too?

There's a Starbucks in my neighborhood that was a community hub. A little too much so, if the truth be told, it was hard to find a seat there most afternoons. Now though, there are no seats at all. You can't tell if the barista has smiled at you. They prefer you call ahead so that you won't linger. There's a glass between them and us. There's a glass between us and the world.

So we haven't even started counting the cost of what we just passed through. We even came close to losing our democracy. It's enough to make your head spin, the cruelty that flourished all around us for a year, the dangers it put us in.

Like you, I have witnessed a year full of swaggering and selfish people, daring others to even ask them to put on a mask, bringing shopping trips to a standstill as they act out defiantly in front of shocked onlookers, becoming this week's exemplar of ignorance and contempt.

From anti-maskers to QAnon kooks to Trump adoring insurrectionists, the least informed and most aggressive among us have been coaxed by the twin pandemics of the coronavirus and authoritarianism out of the shadows and into our streets. It's hard to say which has been the uglier arrival, but it has been instructive to see how many selfish people we live among.

With catastrophic job losses and no end in sight, there has been every reason for the public to protest about the times we are living through. But instead of working to end injustice, some among us have worked to ensure it.

From lamenting the Black Lives Matter protests to angry mask refusal to fighting to overturn a fairly won election, we have seen a destructive force among us try to make our lives as mean and low as their own view of the rest of humanity.

The pandemic and Trump both lifted a rock and we got a good look at what lies under it. When he got coronavirus himself, we saw his hubris punctured, but in a way, we saw the nation's too. Now I think America is changing in response to those Wizard's feet behind the curtains moments in ways that have yet to be appreciated.

The pandemic showed us the best and the worst of our nation simultaneously and dangerously – and the lessons we have learned in the last twelve months are going to change this nation's direction soon in ways we have yet to appreciate.