Martin McDonagh's hang ups on view in "Hangman" on Broadway

After a pandemic enforced hiatus, Martin McDonagh's play "Hangman" is finally back on Broadway. 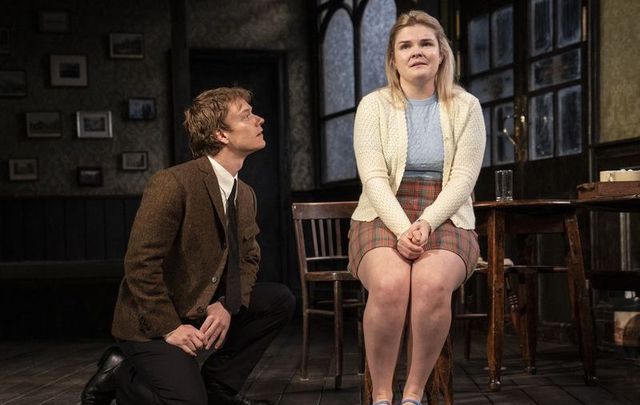 A meditation of sorts on two famous hangmen and the dubious morality of state-sanctioned killing, Martin McDonagh's "Hangman" is another plague-on-all-your-houses tale from the celebrated London author.

For many Londoners, the north of England is as strange and forbidding as Castle Dracula, only with even more impenetrable accents. That northern foreignness, that characteristic flintiness, often leads southern blow-ins to insult and underappreciate what they cannot quite understand.

For Irish playwrights, this north-south cultural exchange has usually been written by the northerners, poking fun at the suddenly at-sea southerners, or worse the Yanks or Brits, who are often bested and belittled onstage by the knowing locals before they know what's hit them. 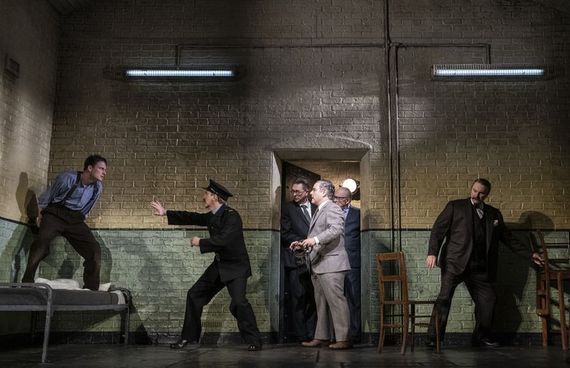 That's not at all what happens in Martin McDonagh's play "Hangman," which returned to Broadway on April 8 for a ten-week engagement (it had played only 13 preview performances when Broadway went dark in March 2020).

For McDonagh's fans, it's a rare return to the theatre where he made his reputation, after over a decades worth of variously received films. McDonagh's absence was intentional. The London-raised author, 52, has soured on the stage because he says theatre “will never be edgy in the way I want to be.”

His run of films gives a bigger clue about the edgy direction he would like to go in, hewing much closer to Quentin Tarantino than J.M. Synge. In fact, taken together, (and twinned with his brother John Michael's films) they can amount to something close to an Irish-inflected Tarantino tribute duo, which is a claim that would probably enrage them both.

It's a faithless, loveless universe in other words, where the romantic and the good are only setting themselves up for the stinging comeuppance they so richly deserve. 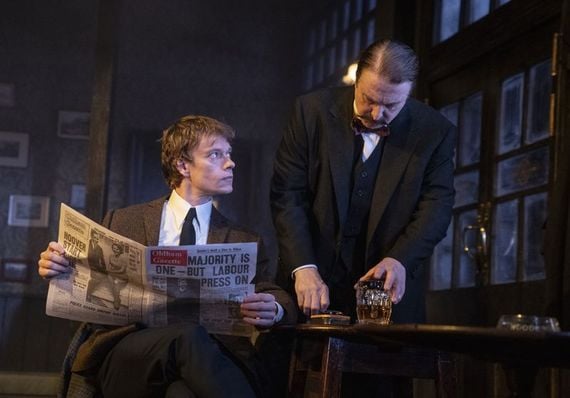 This might sound punk rock, and they might claim it is, but the views expressed in a typical McDonagh play or film usually hew far closer to The Daily Express than the New Musical Express. There's an inherent conservatism masquerading as mischief in them. It's the most singular theme that connects all the works.

Five minutes in "Hangman" gives the lie to McDonagh's own claim that he can't produce a play that's as edgy as any film, I would argue. Because, from its opening moments, the play is about the world's complete indifference to the question of guilt or innocence, because most people on stage – including the hangman - simply want to get paid and get a nice meal somewhere – which, after killing someone potentially innocent at the state's behest, is about as edgy a scenario as anything that can happen onscreen or in life.

Tackling the subject of the morality of state-sanctioned killing in entertainment, because I would not ultimately call this a play, is also unarguably edgy. Killing isn't funny, although this play often asks you to believe it is, which means that this is really a dark comedy, not a serious drama, and in fact, in McDonagh's point of view, serious drama can go and stuff itself.

In a way, McDonagh is the perfect herald of our 'nothing is serious and everything is funny and if I messed up, well, I meant to' age. The coarseness is often for its own sake, and the joke is usually on you for thinking you were going to see something serious that meant something, because nothing ever does, mate.

The stage is mostly populated by cyphers of northern Englishness, like a Hovis ad with added swearing. This isn't a play, in other words, it's a demagogic pantomime, and all the promising early scenes soon give way to overfreighted 'oh no you don't, oh yes I do' call and response buffoonery and that's where the play stays until it ends. 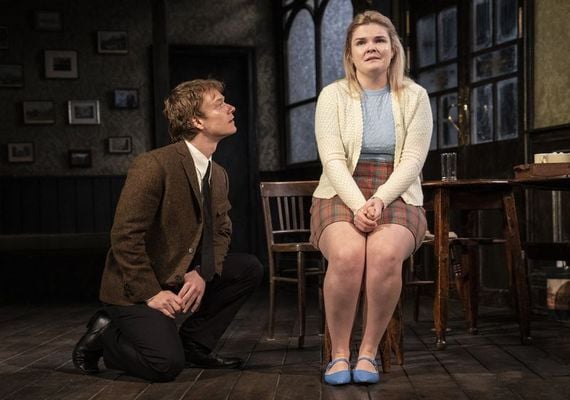 There are some luminous scenes. Gaby French is superb as Shirley, the so shy she winces publican's daughter. Her exchanges with "Game Of Thrones" Alfie Allen, who plays the Mary Sue-like stand-in for the playwright himself Mr. Mooney (it's hard to know why else his character appears) is a mini-masterpiece of character acting and comic timing, which is eventually unmoored and ruined by Mooney's need to play a menacing psychopath or whatever he's doing toward the end of their scene to up the dramatic ante.

McDonagh has it both ways with the play's denouement, which is immensely unsatisfying after a protracted and ominous buildup. Are we genuinely astonished by the dramatic revelations toward the play's end, or have we long ago stopped caring when this on the surface realist, naturalist play tipped over into farce?

Look, most audience members had a rollicking time. I'm not saying they didn't love it. They oohed at the retro racism, allowing themselves a rare chuckle at the Bernard Manning level onstage digs, and elbowing each other happily at the many homophobic parts.

But let's be honest for a moment about what's happening here. This olden days stuff smuggles in a lot of similar contraband, which gets excused by its historic context as it's rehashed in the now.

You can't go bankrupt indulging the public's many prejudices, but it really helps to give them some cover by setting the play in Oldham in 1965. Significantly, if you can give them that kind of basic camouflage, they'll reward you by whooping and applauding throughout but insisting then they're really nice guys when the curtain descends. 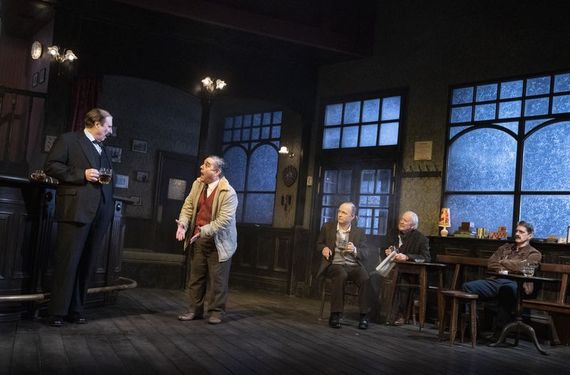 There's now't wrong with a laugh, as one of his characters might say. The trick is who is doing the laughing and who is being laughed at, though. McDonagh's plays are always acutely sensitive to the audience's outlook and mainstream (for all their playacting) in their views.

When conservative-leaning stand-ups discovered their views were no longer mainstream in the 1980s and 1990s, they smartly repackaged themselves as edgy voices of the people. The same thing then happened in the arts. The same thing seems to be happening in "Hangman" now. Tackling a subject as serious as capital punishment and then steering it sharply toward farce seems like, on the face of it, a surrender of the play's ability to be taken seriously and this is indeed what happens.

A play that purports to meditate on the fate of the innocent (and the guilty) demonstrably stops caring before midway for the sake of a laugh at the next man or woman's expense. It's as if McDonagh cannot help himself, and the play suffers as a result.

Tracie Bennett plays Alice, Shirley's hard-hit mother, inhabiting the role and bringing unexpected richness to her memorable performance. But she's let down by the writing that loses interest in her and her fate long before the final curtain, when in fact she could have carried the entire play, its theme, and its consequences, on her very slender shoulders. That was a missed opportunity.

David Threlfall is equally brilliant as the hangman (now publican) of the play's title, an emissary from a world of reality that the play ultimately eschews. That prodigious waste of acting talent seems to me as consequential than the play's rapidly abandoned theme.

"Hangman" is now playing at the Golden Theater on Broadway.