Let’s get real about the Irish language

In Ireland for decades we have had a language keeper (the school teacher) and the recipients (their captive pupils). Worse, it’s an exam subject for most of us and, worse again, it’s taught like one. 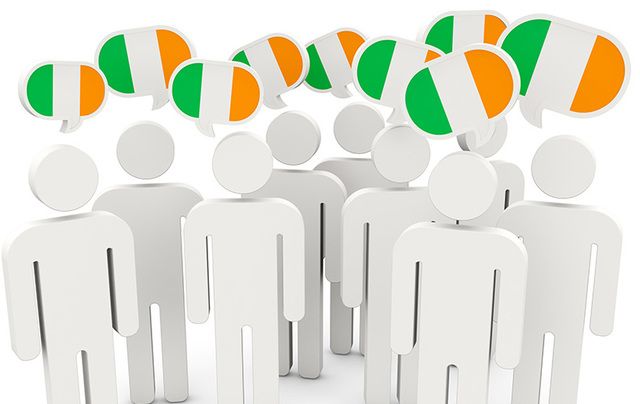 "If Irish is not to become a museum piece we have to stop thinking and teaching it as if it was." iStock

Here's a good question. Why has it taken the Irish Department of Education so many decades to find an effective way to teach the Irish language to young people so that they can see the point of it and actually want to learn?

Could it be because for decades they have treated it like a sanctified religious relic? Like something so precious and holy that it has to be parceled out with hushed reverence?

Could it be that the stony faced awe with which they speak (and often teach) it has actually done more harm than good, having the opposite effect of the one they intended? What if an excess of love had actually made Irish unlovable?

Language has to live in the world. It has to get its hands dirty, just like people. If your impulse is to shield it from too much contact with impurity then you’re already damaging its reach.

In Ireland for decades we have had a language keeper (the school teacher) and the recipients (their captive pupils). Worse, it’s a compulsory exam subject for most of us and, worse again, it’s taught like one.

Our main objective is to secure a good grade, not unlock the potent secrets of our own half-hidden legacy and culture.  It’s an appallingly shortsighted approach, which is also why it has endured as long as it has.

Worse than the uninspired methods of instruction are the course syllabus. You would have to search for a year without ceasing to find a person more suited to the job of alienating young people than Peig Sayers, the sanctified babushka mouthpiece of the late Gaelic Revival.

“I am an old woman now, with one foot in the grave and the other on its edge,” she says at the start of her infamous memoir, a never-ending catalogue of lamentations and woes.

“I have experienced much ease and much hardship from the day I was born until this very day. Had I known in advance half, or even one-third, of what the future had in store for me, my heart wouldn't have been as gay or as courageous it was in the beginning of my days.”

Ew, downer.  What whey-faced idiot thought that this was the best possible introduction to the national language Irish teenagers could have asked for?

Who but a seven-day idiot would have selected a joyless old pensioner Peig to be the standard bearer of the language itself?

Why at school were we not taught the panache and brio of an Irish curse? They are so remarkably energetic, surreal and multifaceted that they leap to life in a way that Sayers never could or will.

Why were we not taught that our inability to make a long story short or answer a direct question also comes down to us from centuries (and millennia) of the Irish language itself?

For example, if I asked you “would you like a cup of tea” in Irish and you replied simply “yes,” it would be considered abrupt to the point of rudeness. In Irish you must take your time. You can meander a bit, you can reply “I would like a cup of tea,” but you never say a plain, stark “yes.”

Some people who aren’t very fluent in the language use tá and níl respectively. It’s terrible grammar and it reveals they’re not fluent speakers to those who are.

Why were we not taught how nimble and beautiful Irish is?  How when you revert back to English from the Irish, it’s like passing from a clear, swift current into a belabored and imprisoning treacle?

Why wasn’t this explained to us? Better yet, what prevented us from discovering for ourselves?

Reverence has its place in life, but not in a living language. If Irish is not to become a museum piece we have to stop thinking about it and teaching it as if it was.