Connors stars as a tough-as-nails Irish traveler dad who is grappling with his young son's possible homosexuality in the new film "Breathe". 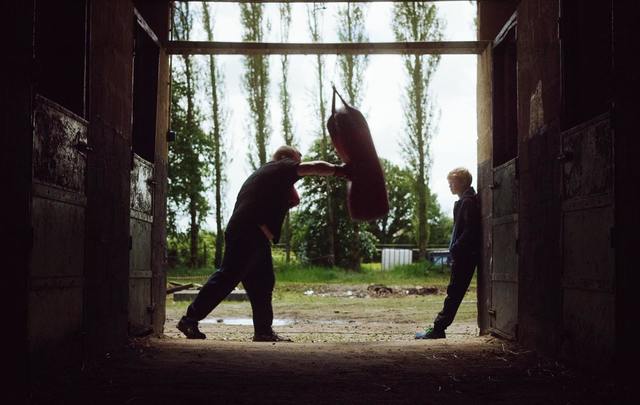 On June 11, the IMMA Best Actor winner John Connors, 32, and celebrity comedian, writer, and podcaster Martin Beanz Warde, 37, visited The New York Irish Center in Long Island City Queens for an LGBT Craic Fest screening of the film "Breathe" and a discussion about the many ways that prejudice can manifest (and hopefully be overcome).

It was a very hot ticket. Connors stars as a tough-as-nails Irish traveler dad who is grappling with his young son's possible homosexuality and his fears about what that might mean. In a series of increasingly more brutal man-up exercises, Connor's anxious dad tries to instill his own idea of macho toughness on the boy with increasingly disastrous results. 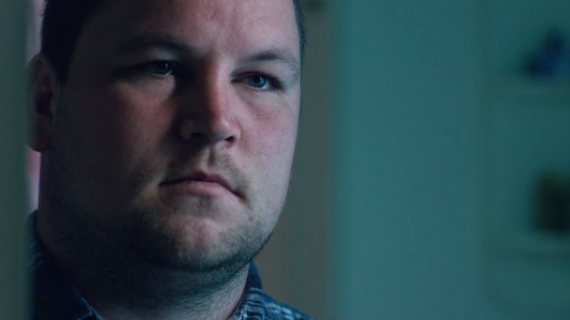 John Connors as a father in crisis in Breathe

This hard-hitting storyline goes right to some of the hottest fault lines in Irish society in other words over class, sexuality, masculinity, and prejudice and it just jumps up and down on them in a timely manner. What if your biggest bully is your own dad, the film asks?

Those who believe conservative Ireland's problem with LGBT people ended with the big marriage equality vote will receive a timely reminder that this is far from the case. Equally, those who have convinced themselves that Irish travelers are somehow affected by prejudices not shared in the settled community will receive a bracing wake-up call too.

“My own experience is of being bullied on both fronts,” Warde tells IrishCentral. “One for being a traveler and the other side for being gay. Actually, the outcome can be quite similar because it's all based on identity. The only difference is that there is more of an acceptance for gay people now than there is for travelers in Ireland.”

This is undeniable, anti-traveler prejudice is still surprisingly prevalent in Ireland and still often openly expressed. Many people who consider themselves socially liberal still think it's fine to express their deep hostility in mixed company.

“From my own perspective I can see very clearly,” Warde continues. “If, for example, I put up a post on social media and say I've just received a load of homophobic abuse on the street in Galway, it will be all over social media. Everyone's saying hashtag You're So Brave.”

“But if I say someone told me they hated me because I was a traveler, 90 percent of the comments on social media will be, well next time we should hit you too. That's the fundamental difference in that it's totally acceptable to portray hatred towards travelers. It's not in any way acceptable to even remotely have a conversation around why your hatred towards LGBT people is somehow justified now, it wouldn't even be a conversation.” 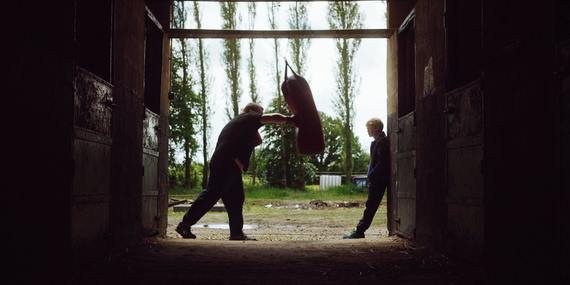 So why does stigma persist in one area as it is lessened in another? “Globalized connection,” replies Warde. “It's very easy to express your hatred towards a minority group that's indigenous to one country and only accounts for maybe 40,000 people, But you're not going to get away with abusing a community that is in every single country in the world. That is one in ten of the global population.”

In "Breathe" the film deals with an oppressed minority, Irish travelers, one of whom has to grapple with his own unexamined prejudices. That's an uncomfortable conversation to have but the film pulls no punches.

“When I got an offer to play that part I didn't even want to read the script because it was another traveler part,” Connors admits. “But a friend in the industry told me I should really read it and I discovered it was a brilliant story.”

Even so, the language seemed inauthentic in places so Connors made an agreement that he could improvise dialogue with the director. The question the film poses is ultimately, which is more important? Would you prefer to lose your son or your daughter or are you going to embrace them? I thought that was a brilliant question to kind of tackle as an actor and ultimately, that's what Breathe is about.”

The film caused a stir when it was screened for the main Irish traveler organization. Connors continues: “We finished the screening and straightaway they criticized the film. They mentioned the bare-knuckle fights but they wouldn't acknowledge what the film was actually about. I just thought it was an interesting reaction from people who are very politically aware travelers. They completely ignored what the film addressed, they didn't want to have a conversation.” 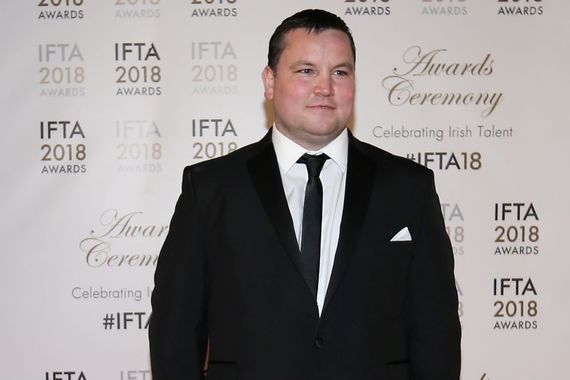 Warde takes a pugnacious attitude: “I have no apologies to give to any members of any community that are challenged in their behavior or views by the LGBT community. Because that kind of stuff doesn't belong in a contemporary society."

"This film has more to do with heteronormative traits, rather than LGBT questions because it is not actually explicitly stated that any character is gay. It's the fear of the child being gay. And that is actually based within heteronormativity.”

So where does this heteronormative behavior come from? It comes from either religion or social taboos he says. "We're travelers, and we're facing oppressors from outside the community, so one of the only things that father can do to prepare their child to go out into the real world. There's no place for softness in the mind of the father who just wants their child to be prepared."

"So "Breathe" is about challenging heteronormative views. There is an element of toxic masculinity in the film, and it's shown to be detrimental to the child's well-being and mental health. This film makes so many great points, without explicitly stating them if you know what I mean?”

“The discrimination we face as travelers is a very unique one that has a historical context. We were seen as the ugly image on the side of the road, the ugly tinkerer, and the question in the 1920s and 30s was how to rid the contrary of these tinkers. (And this was all because we were worried about not getting foreign investment to rebuild the Irish people were conditioned to hate us from the government level down.” 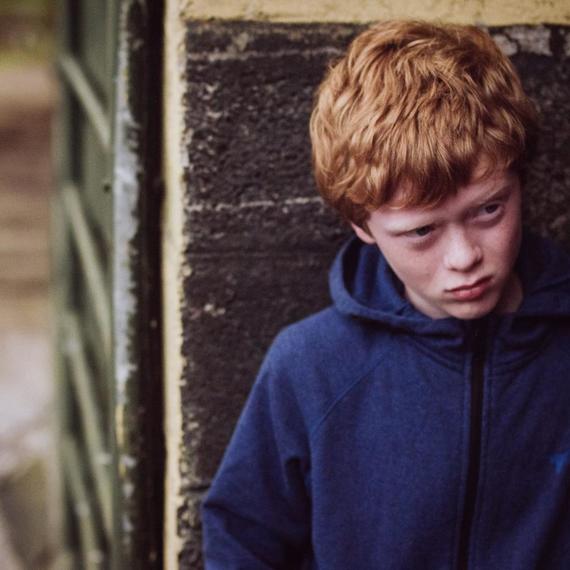 Contrast that with that old prejudice with the one experienced by gay people. “The LGBT community is massive, probably the biggest minority community in the world actually, because there are LGBT people in every single walk of life.

"Whereas for travelers, it's like the only thing we know about travelers is the anecdotal stuff that has been told about them within a smaller social medium. So that's the big difference. Nobody's connected to our community. That's why we're depressed. And that's why we're outcasts.”

So what is the message that "Breathe" sends? What can LGBT people and travelers and just anyone watching it learn from it? “For me, the message is very simple,” Connors says. “Love wins. In the end, the father in the film loves his son far more than any fears he might have for him, and he doesn't want him to die. It's his humanity ultimately that shines through.”

"Breathe" will be screened at the Craic LGBT Fest at The New York Irish Center at 7.30 P.M. on Saturday, June 11 with a reception after sponsored by Bud Light. For more information visit thecraicfest.com or call 917-373-6735.