Is Donald Trump protecting the nation or himself?

Cahir O'Doherty considers President Trump's phone calls with Bob Woodward and the continuing pandemic in the US in the lead up to the election. 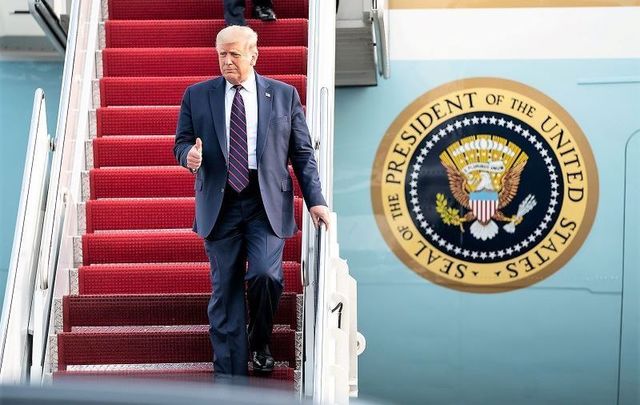 We're in trouble. It does no good to pretend we're not. We are facing a historic election that will either prolong this national nightmare or finally end it.

The Calvary – if they come at all – will have to be ourselves, the voting public showing up on November 3 to cast our ballots.

How do I know we are in trouble? Last week, the legendary Pulitzer Prize-winning Bob Woodward played tapes of his interviews with Donald Trump for his new book, titled "Rage."

In one of those interviews, recorded on February 7, 2020, Trump revealed he knew weeks before the first confirmed U.S. coronavirus death on January 11 that the virus was extremely dangerous, airborne, highly contagious, and “more deadly than even your strenuous flus."

He told Woodward that whilst he was busy taking major precautions behind the scenes at the White House, he decided to publicly play down the growing threat to the nation, because it was clear could hurt the stock markets and his own political ambitions. But he knew. He knew from the beginning.

“This is deadly stuff,” he told the award-winning journalist.

Had Trump warned the nation at the start of February instead of telling us what he thought we wanted to hear, that the coronavirus was just a “Democratic hoax” that would “soon disappear” or “all work out fine,” people that we know and love would have masked up much earlier, manufacturers would have ramped up their supply efforts, hospitals, and the public, would not have run out of medical supplies, and crucially tens of thousands of Americans would not have lost their lives.

Instead, Trump lied to our faces and because he did, more Americans have died from the coronavirus than U.S. soldiers did in the four years of World War I. It's obscene. America now has the highest caseload of any nation in the world. His own party should be loudly calling for his resignation, but instead, they sit in total silence behind a massive pyre of the American dead. 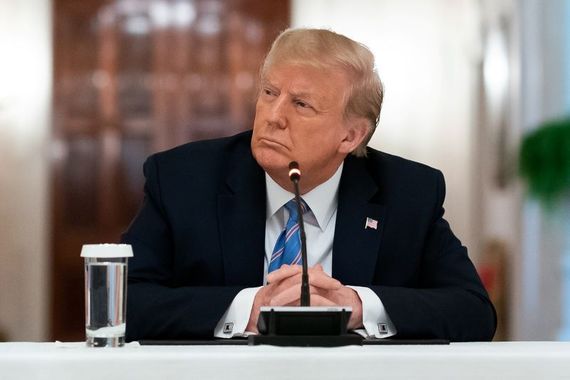 Trump has understood, perhaps better than any politician here ever has, that no matter how bad things get here, roughly half of the white voting public simply have no desire to hear about it. They will simply believe whatever he tells them. They will follow him anywhere he goes, even past the final remains of their own loved ones, dead from exposure to the virus.

That may sound like hubris until you realize that is exactly what happened in Nevada at a Trump rally at the weekend. About 6,200 mostly white, middle-aged, mask-less people all turned up for an indoor rally, in the middle of a lethal pandemic that Trump and growing internet conspiracies like QAnon have convinced them is not real, that is in fact a hoax, one that they are somehow magically inoculated against because they all think and vote a certain way.

It's a madness that the president still encourages. He regularly asks reporters and politicians to take their masks off in public. The message this sends to the wider nation is that they're overreacting sissies, that there's no real threat to their health. In fact, in the case of men he is even questioning their virility, because real men don't hide their faces.

It's the most irresponsible message he could send, but his supporters eat it up. “What virus,” they tell the press, "it's all just a big hoax."

Two weeks after Trump's last big public rally in Oklahoma, the local hospitals were overwhelmed by a sudden surge in coronavirus cases. They had been to see their fearless leader and they had paid it with their own health.

“This is our First Amendment, it's my right to choose,” Irish American Filomena McGuigan, a 60-year-old Trump supporter, told the press the day of the Nevada rally.

Another Trump supporter named Kyle Hackett agreed, “I feel like that's my freedom as an American,” he said. “And if I catch Covid, that's the consequences of my actions, so I'm willing to take that risk and have a good time today,” he added.

Paying with your life to attend a Trump rally? That seems like a reasonable trade-off to support Trump? Like I said, no matter how bad things get here, a good percentage of the voting public simply don't want to hear about it. Even if it means their own demise.

So what do you do with a death wish like that? How do you fight against a willful ignorance that will not balk or alter, even from even the prospect of their own deaths? What do you do when that kind of darkness takes hold of so many people, to the point where even their own common sense has been surrendered in support of their leader?

Trump has already damaged the United States Postal Service nationally through his minions, he is dangerously calling the 2020 presidential election “rigged,” he is assuring his supporters he will have a third term as president, he is claiming he will send out the military – who he has publicly called losers and suckers -  to “guard” our voting sites on election day.

Some states use “drop boxes” for the collection of Universal Mail-In Ballots. So who is going to “collect” the Ballots, and what might be done to them prior to tabulation? A Rigged Election? So bad for our Country. Only Absentee Ballots acceptable!

If we do manage to get out of this dark and divisive time – and it's by no means clear we will – it will take a generation to begin to heal the national wounds that this president has ripped open and deliberately cauterized.

In Nevada at his indoor rally on Sunday, Trump told the crowd we are “rounding the corner” on the pandemic. The truth is the virus is now killing 1,000 Americans every day. It didn't have to, but he doesn't think we can handle the truth.