Irish Rep's "The Butcher Boy" is a palpable hit 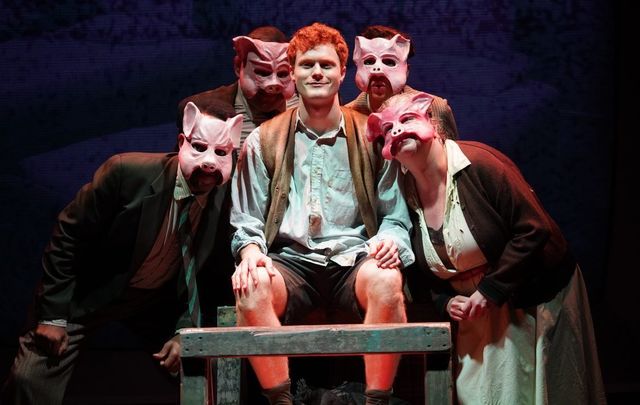 Irish people rarely write musicals, but composer Asher Muldoon, 24, may have found the cure for that.

This month, his debut musical "The Butcher Boy" (based on the classic 1992 coming of age tale by Pat McCabe) steps out on the Irish Rep's main stage, where it is deservedly getting ovations.

Much has been written about the Irish and musicals, which most of our writers and composers still steer clear of, but it probably comes down to a native suspicion of the form.

In most musicals, a passionate protagonist is always standing up and standing out, clearing his or her throat and loudly declaring the secret passions they have been keeping inside them for a week or a lifetime. Nothing could be less Irish. 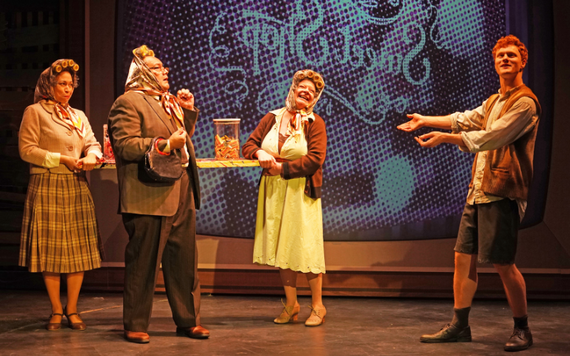 We prefer to keep our cards close and our big heart-breaking arias closer. In Ireland, you would soon get a reputation for yourself if you went around saying, or worse singing, what you think. The national fear of being accused of having “notions” often freezes the song in our throats.

So it's hard for us to imagine us pouring out our hearts the way poor Francie Brady (is there a more poignant name in Irish fiction) is pouring out sausages in this singular show.

What makes Asher Muldoon's musical so interesting then is that it puts the most marginal person in the Irish town front and center stage. It gives him a spotlight and a song and a point of view and it lets him rip and good lord is it thrilling.

Flame-haired Nicholas Barasch plays young Francie, looking like the Platonic ideal of a young Irish man. It's a breakout performance that he gives himself over to completely, finding something in the character we haven't often seen before, a hidden sweetness that can nevertheless tip over into horror with jolting speed.

The story begins with Francie recalling why the whole town was out looking for him one evening after what he did to Mrs. Nugent, the meddlesome neighbor that he convinced himself was the author of all his misfortunes.

But really "The Butcher Boy" is a story about childhood neglect and inherited trauma, the only truly consistent inheritances of the Irish poor. Francie doesn't see that he's neglected because he crafts increasingly unhinged tall tales to distract himself from the truth of it, but we in the audience do and so the gulf between who he is and who he could be is painful to watch.

People talk up the surreal qualities of McCabe's original story, sometimes missing the heartache at its core. McCabe like his character entertains us with outsized imaginings but he keeps a gimlet eye on the hard truths that propel the story and when they are revealed they are shattering.

Barasch's Francie doesn't know or won't see that his family is a mess and that his days are overshadowed by a doom that's spreading like silage, he only knows that he loves his bickering parents and his best pal Joe Purcell (excellently played in this performance by Dan Macke).

The cast is added to by the gifted Andrea Lynn Green as Francie's brittle mother who has married the wrong man and is enduring the wrong life. She personifies the loss and heartbreak she speaks and sings of in numbers that tell the audience what Francie is really facing into. 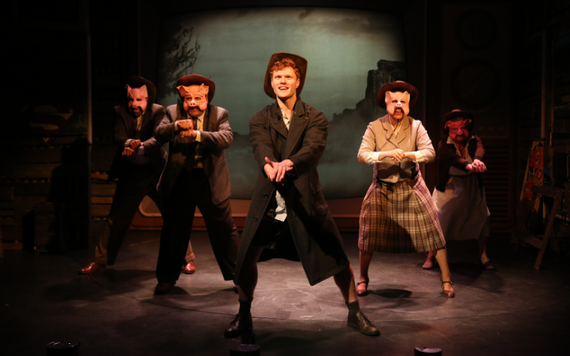 Scott Stangland plays Francie's feckless Da, a one-time musician who regrets marrying, regrets fatherhood, and resents the opportunities he scoffs at that are enjoyed by Alo (played by Joe Cassidy) the local boy who has taken off for London, where he discovered the streets aren't exactly paved with gold.

Alo's songs are melancholic, filled with lost love, missed chances, and secret regrets. It falls to Da to cruelly expose the truth that is being concealed, bringing a reunion party to a screeching halt and tipping his wife over into a despair she never recovers from.

In the midst of all this cauterizing sorrow is the bright flame of Francie himself, a human pilot light whose never-say-die bravado is purloined from the Saturday morning cartoons and cowboy shows he adores.

In some ways, perhaps the most important ways, "The Butcher Boy" is a love story that begins between Francie and the best friend a boy could ever ask for Joe. At first, it's requited, if chaste, and the two make up a world to contrast with the town they both want to escape.

But then comes Mrs. Nugent. In particular, then comes her practically perfect in every way son Phillip, whose ostentatious good manners nauseate the two pals, making Phillip a kind of marker on land they instinctively row away from.

Daniel Marconi plays Phillip as a kind of avatar of Walter the Softy from the Beano comic alongside every other ingratiating milksop you've ever met. He's sensational in the role, in other words, the human equivalent of chalk on a blackboard.

I was also hypnotized by the sensational work of Polly McKie, who stole every scene she appeared in by becoming the essence of menace, sarcasm, condescension, and every other note the script asked for. It's thrilling to see an actor embody the attitudes and prejudices of the town the author is depicting and McKie was by turns hilarious and horrifying. 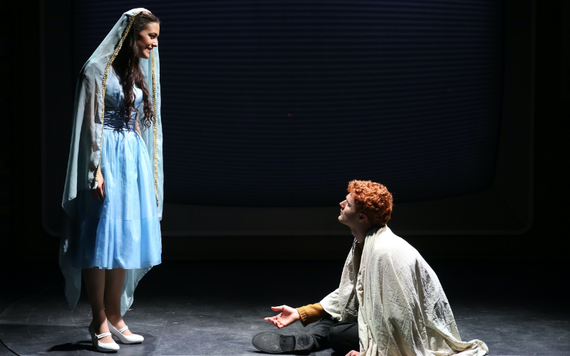 Muldoon's musical handsomely succeeds by giving voice to the voiceless, a creative decision that turns Irish social conventions on their head and eludes the nets that Irish society casts to contain a spirit before it soars (entirely necessary in a musical).

I was moved by the purity of the friendship between Francie and Joe, which allows you to understand why he fights so hard to protect it, and what it costs him when it's lost. Barasch's octave range is impressive and pure but never more so when it almost breaks, or seems to, at key moments that will nail you.

Muldoon's confidence and verve are a joy too, announcing the arrival of a new talent, and his delight in the story and his own creativity carry the show along.

A word too about the luminous choreography by Barry McNabb. Faced with the tall ask of bringing Francie's inner life and turmoil to expressive life, he has surpassed himself. The actor's onstage movements tell the story just as effectively as the songs and script and it's a credit to McNabb that he allows this material to take flight in scene after scene.

The set design by Charlie Corcoran and the lighting design by Kat C. Zhou are ideal, reminding us at all times how indebted (and deluded) and in other ways imprisoned poor Francie is by his own dreams.

McCabe's preoccupations in "The Butcher Boy" echo those of Brian Friel, and this hard but beautiful telling of Francie's story by Muldoon reminds us how indebted we still are to these great Irish truth-tellers and artists.

For tickets to "The Butcher Boy" at the Irish Repertory Theatre in New York City, click here.