First a novel, then a play, then a film, it has been a literary phenomenon for three decades – and now The Irish Rep is turning it into a main-stage musical unlike anything you've ever seen. 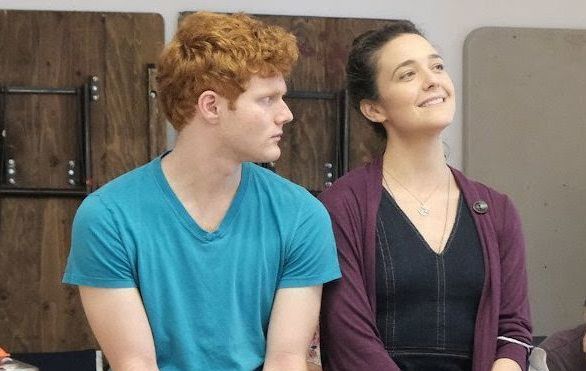 First a novel, then a play, then a film, it has been a literary phenomenon for three decades – and now The Irish Rep is turning it into a main-stage musical unlike anything you've ever seen.

The Irish are a famously musical nation, but they rarely write musicals, so when a new Irish musical comes along, attention must be paid.

The Butcher Boy musical, based on McCabe's classic tale, is written and composed by Asher Muldoon, 23, the son of the award winning Irish poet and professor Paul Muldoon. 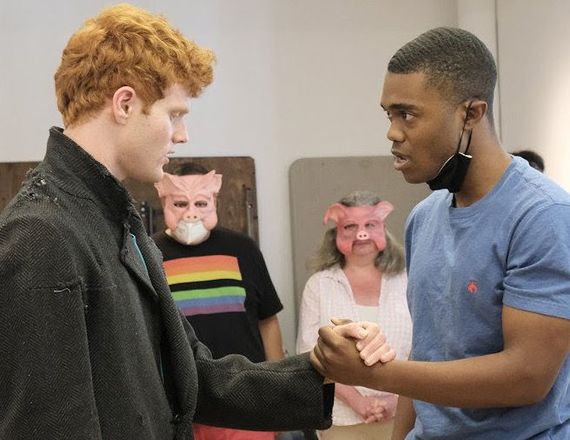 Muldoon Jr is already busy performing, writing and studying (at Princeton) with a rapidly emerging theatre career of his own that has taken him on a national tour of Dear Evan Hansen, so he's not exactly a rookie.

The show, based on McCabe's 1992 novel, revisits the disastrous childhood of Francis “Francie” Brady, a schoolboy who retreats into a violent fantasy world after his troubled home life collapses. Muldoon first read it as a teenager and was instantly captivated, working on creating this full show for the past six years.

Coming at the very start of the first big truth-telling decade in modern Irish life, McCabe held the mirror up to the previous thirty years of the hypocrisy and craw thumping that in part characterizes his hero's childhood. But he was also holding a mirror up to rural Ireland, which he knows intimately, in all it's humor and horror.

“The book came to me,” Muldoon tells IrishCentral. “I took an Irish literature, culture and history class one semester in high school in the Bronx and my then teacher Gregory Green, who's an Irish musician and actor, offered us different options for what we wanted to read.”

Green introduced The Butcher Boy as a sort of dark horror comedy about a boy with a fractured psyche. “It's also very funny,” he told us, “and there's pigs and surrealism in it.” And I remember thinking, absolutely yes, this is the perfect book that I want to read right now.”

Muldoon was quickly spellbound. “I knew that I wanted to write a musical for my senior project and it was perfect timing really, reading this book just as I was applying to do this big musical project.”

“Something about the book, the music of it, just spoke to me,” he continues. “It's a very musical book, the characters all have very specific rhythms, the way they speak and the way they think. Soon after Muldoon started he had between about six, then eight songs. By the time I had finished my freshman year of college, it was a show. And I've just been working on it since then.” 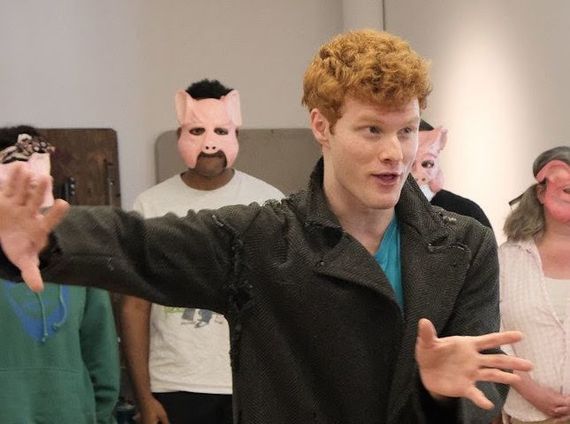 Nick Barasch as Francie Brady in The Butcher Boy

The Rep will present The Butcher Boy musical world premiere, with the theatre's producing director Ciaran O'Reilly directing, on July 21. It's the first original musical developed by the Rep in eight years, so this is big news.

Muldoon explains that he approached the Rep with his adaptation in 2018. They mounted a workshop which was soon followed by an enthusiastically-received concert performance. After that, the show was well underway.

“What spoke to me about the book, especially as a as a young person who was transitioning from high school to college, is that it's a story about being afraid to grow up, and being afraid to leave behind your own childhood.”

Most musical stories are structured around a character in a place, they want something and they're going to go after it. Muldoon explains. “But in this show the character Francie starts exactly where he wants to be. He's got his best friend Joe, he's got his family who are not perfect, we can see he comes from a broken home, but he's too young to understand that.”

In Francie's mind, he has exactly the life he wants. But over the course of this of the story everything is taken away from him. “And that therein lies the tragedy of the character because we can see that maybe if he had come from a better home, if he had been more supported, he could have been an upstanding citizen, but instead he was so beaten down. And the only person he really has to blame for it in his mind is Mrs. Nugent, who is interesting as a villain, because she's sort of the force that he's up against.” 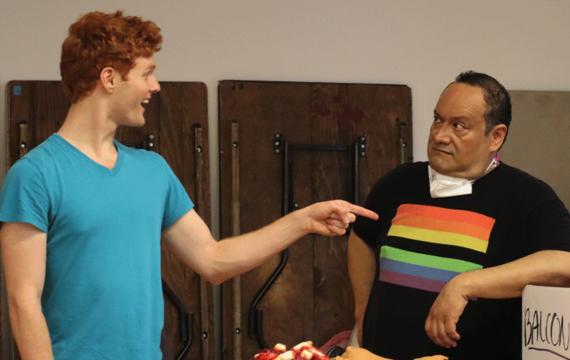 Nick Barasch and David Baida in The Butcher Boy

The tone and content of The Butcher Boy is a million miles from the kind of stories the Rep usually presents. “Right now we're staging the act two opener, which is a big nightmare ballet thing and it looks so cool. Francie's in the mental hospital and he's having all these visions and seeing all that come to life has been really crazy and incredible and, and magical.”

Nick Barasch, fresh off the Hadestown tour as Orpheus, will play Francie aided by a cast of eleven. The red-headed actor feels his character is a million miles from his own experience but he's learned to go with it, he says.

“I've learned to kind of lean into the darkness, but also I've learned how to separate myself from it and not bring it home with me. The story itself is super twisty and dark. I've never played a character quite like this, one so different from who I am.”

Working with Ciaran O'Reilly has been a professional highlight Muldoon says. “He's the perfect person to do this show because he has that experience of growing up in Ireland and having this small town experience. The Rep also premiered the first stage adaptation of the book titled Frank Pig Says Hello in America.”

“I have seen so many shows at the Rep,” Muldoon continues. “My parents wrote an adaptation of James Joyce's The Dead as an immersive production for them a few years ago. I had been the coat check boy at that. And one day after that show closed I cold emailed Ciaran and said, “Hey, I know you guys did Frank Pig Says Hello. I'm writing a musical of The Butcher Boy and would you like to read it?"

"I just needed somebody to read this and I feel like you're the people to do it.” And they came back to me, and they give me their incredible thoughts. And we just sort of had this great working relationship ever since then.”

Assault weapons or your child's life, it's time to choose