Ireland has its first gay, biracial leader. At 38, he’s its youngest ever too. But not everyone sees his selection as clear evidence of a new, pluralist and more compassionate Ireland. 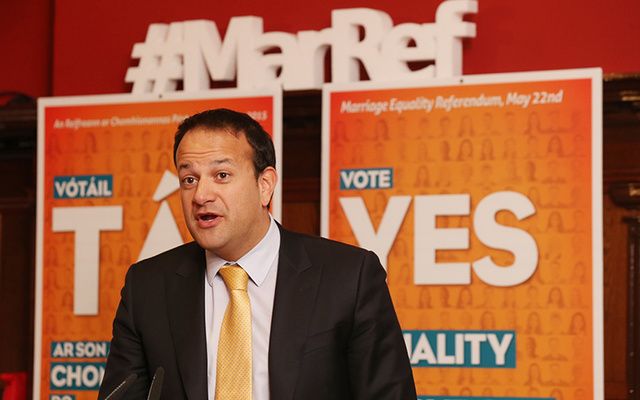 Leo Varadkar, Ireland’s new Prime Minister (Taoiseach) mesmerized half the world, who were stunned to see the son of an Indian immigrant who came out in 2015 become the leader of the country’s main governing party Fine Gael.

Ireland has its first gay, biracial leader. At 38, he’s its youngest ever too. But not everyone sees his selection as clear evidence of a new, pluralist and more compassionate Ireland.

This weekend, in time for Pride in both Dublin and New York City, spoken word artist Oisin McKenna has released a blistering new short film for his poem “Gay, Male, Votes Fine Gael.”

The poem tells the story of a fictional – though rather recognizable – right wing gay man who, not unlike Prime Minister Varadkar, gets up at 6AM like his idol Margaret Thatcher.

The poem laments the emergence of a blinkered conservatism within the Irish LGBT community, one that overlooks injustice elsewhere for equality here.

“This month when it became clear Leo Varadkar was being elected Taoiseach it felt that there would never be a more timely moment to put this poem out on the internet,” McKenna told IrishCentral.

“It is tempting to celebrate Ireland as having an openly gay prime minister and see that as symbolic as some sort of progress, but when his policies and the policies of his parties are far from progressive we need to call it out when we can.”

“From abortion rights to austerity, there are many people in Ireland who have yet to experience the benefits of our new found progressiveness. Leo Varadkar, who himself recently designed a classist and alarmist anti-welfare fraud campaign, was part of a government who orchestrated an economic recovery only felt by the rich. I don't think we should be celebrating that as symbolic of any kind of progress.”

The poem was originally written over two years ago in the weeks after the marriage equality referendum in Ireland when McKenna felt anger at certain political choices that were being made in the name of LGBT rights.

“At the same time they were promoting gay rights Fine Gael was enacting pretty savage austerity measures and a range of other policies that were anti-equality,” says McKenna. “But they were positioning themselves as though they were somehow progressive because of their stance on marriage equality. I was pretty angry about it.”

What does McKenna think Varadkar would make of his film? “I don’t know what he’d make of it. He does very firmly believe in the policy choices he makes. It’s hard to tell.”

“There are so many people in Ireland, LGBT and otherwise, who aren’t there yet. It’s really important to ally ourselves to people who are still experiencing different kinds of oppression and not those who are implementing that oppression.”