Ireland elects gay leader, son of an immigrant from India

Leo Varadkar is Ireland’s youngest leader since Michael Collins nearly a century ago. 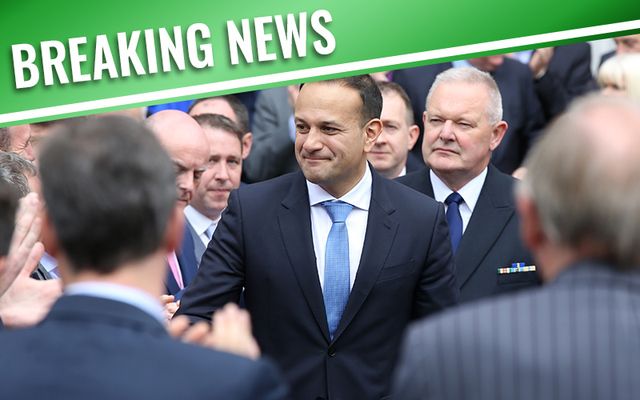 The 38-year-old doctor becomes the first gay man to be Taoiseach of Ireland. With the backing of the 50 Fine Gael TDs in Dáil Éireann and a further eight independent legislators, Varadkar’s assent to the highest pinnacle of Irish politics was confirmed.

Nominated by his predecessor Enda Kenny, now a backbench Teachta Dála (TD/ Member of Irish government) and Father of House. Kenny hailed Varadkar as representing “a modern, diverse and inclusive Ireland and [he] speaks for them like no other”.

“It is an Ireland,” he concluded, “where each person can fulfil their potential and live their dreams.”

Leo Varadkar has been formally elected as the 14th #Taoiseach I'll have the details of the day on #3News at 5.30 pic.twitter.com/UWF4FD3SHZ

With the vote confirmed, Varadkar told his fellow politicians and a packed gallery of spectators.

"Today was a demonstration of democracy in action. Something we sometimes take for granted. I hope through our acts and the progress we achieve, we can earn the trust of the people.

"If we want to inspire somebody to believe in your vision you have to appeal to their heart as well as their head. The Government I lead will not be of the Left or the Right. It will be of the new European center. A Republic of opportunities."

Varadkar has a reputation as a right winger within his party and despite his protestations that his would be a government of the center, opposition leaders laced congratulations with condemnation.

Sinn Féin leader Gerry Adams said he feared “Mr Varadkar will drag this Government to the right” and then recalled that the pair of them used to go to the same Pilates class.

“I don’t think we could get the former Taoiseach to stretch that far,” he mused.

Other members of parliament laced their remarks with criticisms too: Galway Independent Catherine Connolly hit out at the new Taoiseach’s record as Social Protection Minister and Green party leader Éamonn Ryan mournfully told Varadkar “there’s not a scintilla of green in you.”

Fianna Fáil party President Micheál Martin noted that, “There is no doubt that his unique personal story and success is important for many and this should be acknowledged and valued.”

He later quipped that, "He has started well by not having Deputy Noel Rock nominate him."

Following the conclusion of speeches Varadkar headed to Áras an Uachtaráin, the Presidential residence in Phoenix Park, where President Michael D Higgins formally signed the warrant of his appointment pursuant to Article 13.1 of the Constitution of Ireland.

He is now hiring and firing party colleagues for his new cabinet, with a Dáil (Parliament) vote on the new appointments scheduled for this evening.