How 2020 has unmasked almost half of the US

"The first thing a pandemic teaches you is that not everyone wants to make the sacrifices that are needed to endure it." 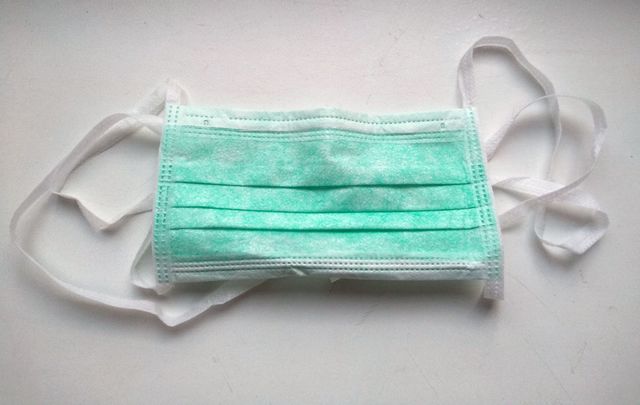 If there is one truth we can universally agree on about coronavirus, it's how it's spread.

Viral particles transfer with lethal efficiency through the plain air in supermarkets, subways, offices, restaurants, theaters, and elsewhere. Coronavirus likes the indoors and it likes crowds.

In fact, the only thing standing between you and infection is a simple face mask. Without a mask, your chances against it are essentially nil.

But because nowadays we all live siloed in our own digital echo chambers, not everyone agrees about what the coronavirus is, how it's spread, how it's protected against, or even what kind of threat it represents.

Even now, with over 265,000 Americans dead (with more daily deaths now nationally than during the whole of World War II), many people still say that it's overhyped and many others still say it's not real.

We may never be able to convince such people to take this pandemic seriously and perhaps there is no point even trying to at this stage. After all, the first thing a pandemic teaches you is that not everyone wants to make the sacrifices that are needed to endure it.

In the run-up to Thanksgiving 2020, the Fox News channel scoffed at all the public worry about this signature American holiday.

Steve Doocy says the day before Thanksgiving is normally "the biggest party day of the year" (??) pic.twitter.com/okc2qmiuDq

Fox personality Laura Ingraham claimed that epidemiology, the study of infectious diseases, is really just a “cult” created by people like Dr. Anthony Fauci. Liberals wanted to shame you for wanting to spend Thanksgiving with your family because, I suppose, they hate America and want it to fail, not because prominent health scientists have pleaded with us all to stay home.

But Fox News anchors know, like the rest of us know, how the virus is spread. They know that the news right now could not be worse. They know Trump's lack of interest in American well-being has helped to end his presidency. That's why they try to minimize the real threat. They're defending the indefensible.

Just think for a moment what these Fox anchors are really doing. They're calling scientists and epidemiologists a bunch of anxious bedwetters after over a quarter of a million needless American deaths.

These Fox anchors are saying it's your inalienable right to drive to the airport, sit in a poorly ventilated terminal surrounded by thousands of others, then get on a crowded plane and fly for hours, to greet your extended family and all sit down together maskless to have a big holiday feast and then fly back the same way you arrived.

But it wasn't just our lame-duck president who hoped you took the bad Fox News advice, the coronavirus wanted you to surround yourself with as many people as you could this Thanksgiving too, because it too depends on you doing what you want, not what is best.

If you think about it, 2020 has been all about masks coming off everywhere. It began with Trump unwisely scoffing at Joe Biden for wearing a mask in public (Trump, his family, and his closest associates all later contracted the coronavirus).

Other prominent masks that have slipped this year belong to our craven GOP senators, the nation's true bedwetters, who have remained stony silent as Trump tries to persuade vulnerable state electors to overturn the public vote and appoint him supreme leader, because democratically he no longer has the votes to remain president.

Between his pathetic refusal to concede and his endless golf cart outings, he has unmasked just how craven his own party has become too.

So what we have seen this year, masked and unmasked, is the true face of power and what that naked quest for power at all costs looks like. It's as lousy as we all suspected.

Even the ultraconservative wing of the Supreme Court has shown its true face now, ruling that you have the right to defy science, common sense, and the heartfelt pleas of the nation's health workers to congregate in great numbers in places of worship.

Religious people now have special rights denied to others, thanks to the Supreme Court's boneheaded Thanksgiving Eve ruling.

Meanwhile, Trump clearly thinks he is stronger than the virus he failed to contain, but even his mask has slipped. One golf cart photo too many told Americans what his true priorities are and they voted him out by a historic margin.

Unfortunately, this Thanksgiving looks like it may well have been the super-spreader event of Dr. Fauci's nightmares, but the turkeys that led us here have just over a month left before they ship out. Help is finally on the way.