The hard lessons learned from the Covid-19 pandemic

From solo subway riders to complacent beat cops, I've seen and been disappointed by the apparent selfishness of their public action. 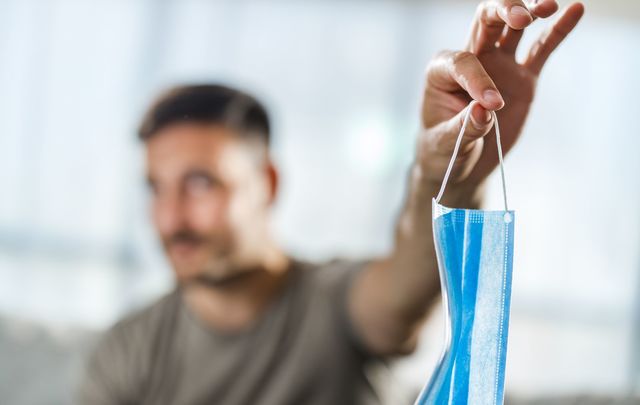 What did the pandemic teach you?

One of the things it taught me is that there are people around us who refuse to take the least possible action asked of them to protect themselves and others from genuine danger by masking up.

This has actually been quite a hard lesson to learn. From solo subway riders to complacent beat cops, I've seen and been disappointed by the apparent selfishness of their public actions, as if asking them to please not spread their germs during a global pandemic was an intolerable personal affront.

But how did they make the decision that the deadly epidemic affecting the rest of us would somehow pass them by? Where does their great confidence come from, considering they are watching the news and seeing tens of thousands of people become infected and die all around them?

Well, first of all, they are not watching the same news as the rest of us. They're being reached by a far more conservative and skeptical media, forums that bristle at the idea their personal freedoms should ever be curtailed by anything at all, including the coronavirus.

So what happens to individual freedom when it's asked to show some social responsibility? The answer is that it all breaks down.

Increasingly the people being asked to show some social responsibility are breaking down too, staging iPhone recorded freak-outs in public on places like Walmart and Target, or at the airport or aboard planes, where they erupt with utter fury at being asked to trade their own personal comfort for the terrible chore of protecting themselves and others for the duration of a flight.

Many Americans have always had a contempt for science and for the scientists who strive to protect us from deadly diseases. We saw this in action with Donald Trump, whose patience for immunologist Doctor Anthony Fauci endured as long as it meant no political blowback from the public, whereupon it immediately ended.

You cannot reason with someone who cannot bear to listen to the science that contradicts their self-interest. You can only watch with horror as they act as if pandemics are things that only affect other people, not them, because they don't believe in it.

But the news is filled with the iPhone recorded messages of intubated conservatives in overflowing ICU units telling all their friends and relations that it turns out the coronavirus is real after all, and that it might be a good idea not to make the same mistakes about it that they did. Sadly, many of these messages are posthumous, released after the maker has needlessly died.

This woman in Scottsdale, Arizona was super upset with Target for selling face masks. So upset in fact, that she attacked their display....pic.twitter.com/ye9LiDz0JH

I've said this before, I want to repeat it here: pandemics do not care who you voted for, they do not care what you personally believe, they are no respecter of your hard-won personal freedoms, they don't give a damn about what you think at all.

They only have one aim, to kill you. If you spend all your time bitterly grousing about how a pandemic impacts your worldview and personal politics then you are a simply friend to Covid-19's global plan, that is all.

Cruelly, stupidly and cynically the governor of Florida Ron DeSantis is fighting a mask ruling in his own state, which would have imposed strict mask requirements on students to combat the spread of the coronavirus.

DeSantis would rather dismiss safety measures and expose children to the virus rather than risk the wrath of his voters who don't like to be told what to do.

So alongside the tragedy of the pandemic, we have also had to endure the tragedy of some of our most selfish neighbors, who have made it clear – despite all the stars and stripes on their lawns and porches – that they don't give a damn what happens to the rest of us as long as they've got theirs.