From USA to UK, conservatives are falling for their own propaganda

All of these parties used to be much smarter than this. 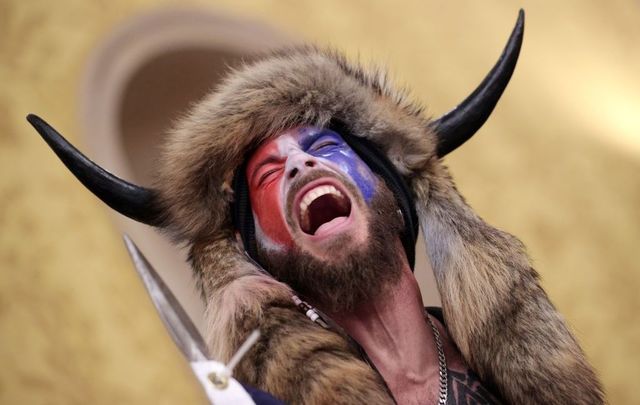 January 6, 2021: A protester inside the US Capitol Building in Washington, DC. Getty Images

One of the first rules of good governance is to never fall for your own B.S.

Since the Greeks, the danger of believing your own b.s. – which they called hubris – has been a tragic flaw in both leaders and nations that leads on to madness and ruin in classic play after play.

In America, the politics of the Republican party have unarguably become hubristic and pathological in recent years, and they are perhaps best personified in the mad emperor figure of Donald Trump.

Having worked through Fox News to convince themselves they are one true anointed party, ordained by the almighty, Trump and the GOP find they can no longer accept a national election result that contradicts that strong but illusory belief.

On January 6, we received an unforgettable sneak preview of where their governing pathology will lead us all. So it is not enough to simply not vote for them, they must be actively resisted now unless and until they come to their senses.

They are not alone in their all self regarding pathologies. In England, a recidivist nationalism has arisen in the last decade that is the reflex and shadow of their increasing powerless on the global stage.

That rekindled nationalism has no global empire to protect, no world-beating industry to advance, and no terminus in sight. It is best personified by the disheveled, nursery room terror figure of Boris Johnson, one who commands some respect at home but is widely wondered at elsewhere.

That rekindled nationalism is also abroad in the north of Ireland, where despite being handed an enviable competitive advantage for the first in the one hundred year history of the place, the main unionist leaders there have said they much prefer to maintain a metaphysical connection with England to a real-world economic advantage in the global marketplace.

Consider the hubris of this, it's akin to saying don't offer me a gourmet banquet, I'll just have the same fish and chips that I always did.

All of these parties used to be much smarter than this. Interestingly though, they each independently selected their least capable leaders at the most significant moment in their respective recent histories.

That level of hubris has variously lost them the presidency, the house, the senate, and very possibly the union and there is no sign the pathology that led to it can be reversed.