Donald Trump and the GOP to America: Drop dead

Astonishing! Don’t they fear ever having to ask themselves if they can really afford to save a loved one’s life? 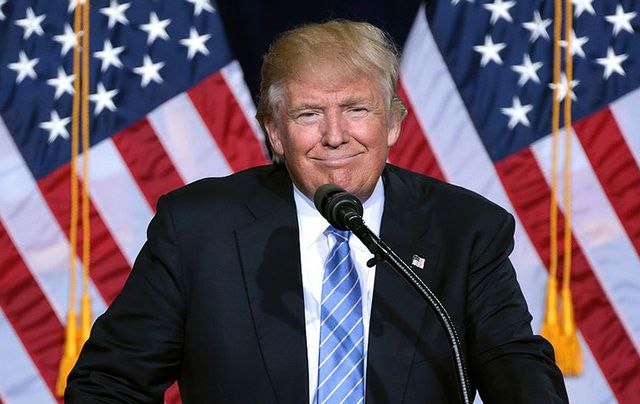 Do Republicans never get sick? Don’t they fear ever having to ask themselves if they can really afford to save a loved one’s life?

If you have ever known the helplessness of watching someone you love struggling with a life-threatening illness, you will know that affordable health care is one of the most important rights of citizenship.

Privately, House Republicans agree, which is why they quietly created an exemption for themselves and their staff to retain Obamacare, whilst gutting that right for the rest of the nation this week.

It’s estimated that 24 million people will lose their health coverage, including 14 million currently covered by Medicaid, if the GOP bill actually passes the Senate. That’s because the bill will also slash $880 billion over 10 years from the Medicare budget.

On the block are seniors, the sick, the poor, the disabled, the mentally ill, children with special needs and in particular women.

Thanks to an amendment in the new Trumpcare bill, states will now be allowed to deny coverage for any preexisting condition, which will include sexual assault. That means already traumatized rape victims seeking treatment will be charged for every facet of their care from the moment they present.

My wife has cancer. Are you on the list? Call your Senators, tell them to vote no on #trumpcare (202) 224-3121 #IamAPreExisitingCondition pic.twitter.com/mT5B2ieBlS

If the victim is married it means that their partner could also become liable for fees that accrue as a consequence of their shared coverage. So it victimizes the victim many times over. It may even discourage many women from seeking medical assistance for their injuries in the first place.

Now under Trumpcare postpartum depression, cesarean sections and even treatment for domestic violence will all be considered pre-existing conditions. Insurance companies will now be able to easily deny coverage for life saving mammograms and gynecological exams.

The House GOP know that their draconian bill will snatch healthcare out of the hands of millions but they have sacrificed their conscience on the altar of conservative ideology.

The American Health Care Act – the title the GOP laughingly gave to their Obamacare repeal and replace bill – actually does aid some Americans – a small percentage of the richest ones, that is, by gifting them with massive tax cuts.

Those making $250,000 or more a year will see two different taxes repealed, an unnecessary and unasked present from the haves to the have-mores.

The top tier American households with millions in investment income will make out even better under the new bill. If you’re already a multi-millionaire then you will actually be handed a once in a generation bonanza. You’ll also probably be among the few Americans still able to afford health coverage by 2025.

On Thursday afternoon, after 100 days of about-faces and broken campaign promises, the Trump administration and the GOP wanted something – anything – that looked like a victory. So there they were taking iPhone selfies on the White House lawn as though they had accomplished something major.

The calmer heads that prevail at the Senate are unlikely to be quite so rash as their House colleagues, however. They know this going nowhere and offering nothing Trumpcare bill is as dead in the water as the religious liberty bill that he announced the same day.

So, the Trumpcare victory march on Thursday was really the emptiest of empty gestures, the fakest of fake news. It was cruelty disguised as principle. It was cynicism masquerading as compassion.

Read more: Why Donald Trump could be elected again