Three independent Irish ministers have announced their intention to visit North Korea to ask Kim Jong-un to knock it off with all this global thermonuclear war craic. 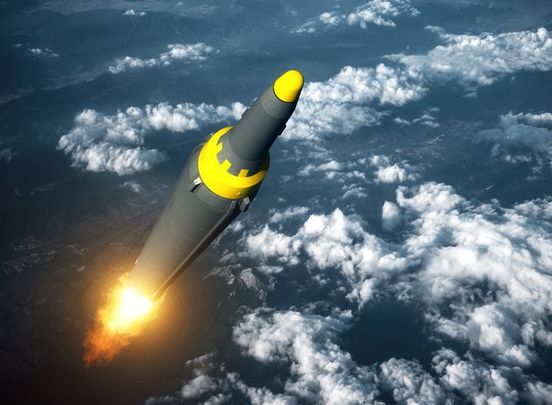 In a gesture that sounds a lot like a lost Father Ted episode, three Irish government ministers have announced their intention to visit North Korea to ask Kim Jong-Un  to knock it off with all this global thermonuclear war craic. They may return and bring Irish dancers and music with them.

The prospective visit by the Irish parliamentary delegation is so unusual it's already making international headlines before the three men have even set foot on a plane.

Defying travel advisories from the US State Department and the lethal example of what has happened to other visitors who have fallen afoul of the worlds most secretive state, the three ministers reportedly plan to visit the authoritarian nation to enter unilateral and unasked for peace talks at the earliest opportunity.

Irish Minister of State John Halligan says he is currently awaiting a reply from the North Korean embassy in London confirming a time and date for travel.

Halligan will make the dangerous journey in the company of two Independent Alliance colleagues, the Minister for Transport Shane Ross and the Minister of State with Responsibility for Disabilities Finian McGrath.

"So far we haven't engaged with the Department of Foreign Affairs or the Taoiseach (Irish Prime Minister)  as I've said we would be going there as three democratically elected politicians in Ireland to try and talk peace," Halligan told the press.

"I thought, listening to the radio that I had fallen into a deep sleep and woken up on the 1 April," he told the press.

Blessed are the Peacemakers: John Halligan, Shane Ross and Finian McGrath of the Independent Alliance

"The suggestion, in the middle of a major rail dispute, that Shane Ross, Minister for Transport, would go off to North Korea in a bizarre attempt to establish relations with a regime that has an appalling record on human rights, where the word democracy is banned, is nothing short of dumbfounding.

"That the minister would seek to pander to a missile-toting megalomaniac, while rail unions are coming under pressure to take the nuclear option of striking over the Christmas/New Year period is simply preposterous."

Minister Halligan has reportedly suggested that a contingent of Irish traditional music players might help provide the soothing balm needed to tip the totalitarian leader toward a new peace treaty.

"This isn't new, we've had relations with North Korea in the past through Comhaltas," he said. (Comhaltas is the organization that promotes traditional Irish music and culture around the world).

Perhaps a spirited rendition of The Siege of Ennis can achieve what diplomacy and personal insults over Twitter have not? But why stop there? Why not bring over a bevy of our Rose of Tralee contestants and stage a Lovely Girls Competition too?

Many Irish writers have bemoaned their countrymen's insularity, but this North Korea trip nonsense really sets a new bar for barely considered buffoonery.

Halligan says that he takes great exception to the tenor of the current international debate about North Korea, which mostly consists of Trump threatening to blow them up he said.

"What is there to lose by attempting to talk peace with North Korea?" He continued.

It seems like a fair question, but it has already been answered multiple times.

The parents of the late Otto Warmbier could certainly respond to it. Convicted of attempting to steal a poster from a North Korean hotel, Warmbier was sentenced to 15 years of hard labor in the sinister nation until he was sent back to the United States in June, where he died six days later. He was just 22. The North Koreans tortured and destroyed him, his parents said.

What on earth makes these ministers think that this is a state or a leader who is interested in anything they have to say?