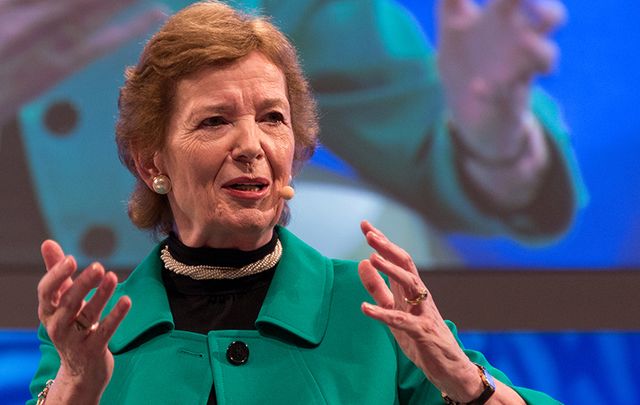 It is an unprecedented attack by the former president, who has been very cautious about criticizing political leaders after stepping down from the Irish presidency.

She criticized the US leader and said there were "gasps of dismay" at Mr Trump's comments last week and that the world is now living in "a very dangerous time."

"I've been coming to New York for the UN general assembly since 1997 and I've never known a more fractious and more tension-full UN meeting.

"First of all that terrible comment in his speech by president Trump on Tuesday that in effect said that he could obliterate the North Korean people, I mean there was a gasp of dismay when that happened.

"I heard one remark that he actually had sullied the UN, because it's the home of peace, security and development for the world.

"Secondly, he has threatened to jettison the Iran nuclear deal which the UN is only partner in, and now Iran has fired a missile because they're now worried about their situation if an agreement that they forged with six partners is going to be breached.

Ms Robinson was speaking on Sunday as Trump ordered US warplanes to fly within eyesight of the North Korean coast in a show of strength amid heightened tensions between America and North Korea.