With a nod to Dean Swift, my modest proposal for sorting out US/UK border woes

As you may have noticed, borders are featuring in the news on both sides of the pond. 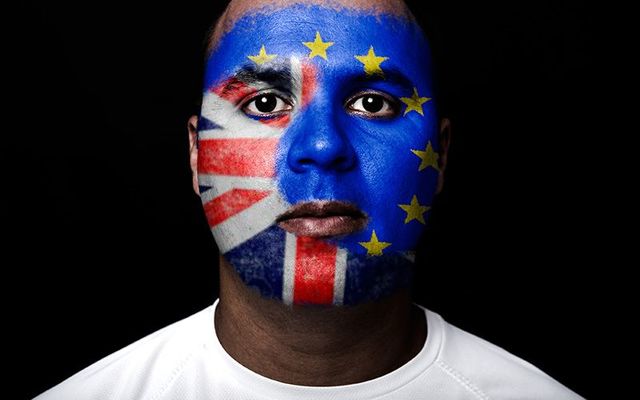 "British Prime Minister Theresa May has been puzzling out the exact nature of the post-Brexit demarcation between Northern Ireland and the Republic." iStock

As you may have noticed, borders are featuring in the news on both sides of the pond.

In recent weeks British Prime Minister Theresa May has been puzzling out the exact nature of the post-Brexit demarcation between Northern Ireland and the Republic, while President Trump has been issuing dodgy decrees designed to handle the ragtag migrant groups that seem to gather every few months in the vicinity of the US-Mexico border.

Now, I have only a smattering of insight to offer Mrs. May when it comes to a workable boundary arrangement vis-à-vis the North. During all my years in Dublin, I've crossed into Northern Ireland perhaps two or three times and have just one thing to say about the experience: Having heard repeated claims about the superiority of British infrastructure, I was disappointed to find the roads leading to Belfast decidedly shabbier than those on the Republic side. (Thank you, EU!)

Likewise, I've crossed into Mexico just once, briefly, from Laredo in Texas to Nuevo Laredo, while I was visiting a friend in San Antonio, so my experience there is also limited. Even so, I may have chanced upon a solution to America's southern border difficulties. My eureka moment occurred as I was reading a fascinating essay in a recent edition of Granta magazine. “Between Great Fires” by William Atkins paints a harrowing picture of the hellish conditions that exist along the 1,954-mile-long stretch where four US states – Texas, New Mexico, Arizona, and California – touch Mexico.

Inspired by Mr. Atkins' essay, I say give the security contract for the troublesome borderland to Mother Nature. Why spend billions of dollars to construct and staff a long, expensive border wall, with the sole purpose of preventing illegal immigration, when you have an unforgiving desert that does the job at no cost?

Read more: Brexit as an opportunity to reevaluate the post-1920s division of Ireland

I'm not alone here. As far back as 1851, Mr. Atkins writes, one member of the Joint United States and Mexican Boundary Commission described the newly-defined borderlands as a “sterile waste, utterly worthless for any purpose other than to constitute a barrier.” Another remarked: “Is this the land we have purchased, and are to survey and keep at such a cost?”

Conditions along the border have hardly become more salubrious. Mr. Atkins reports that the number of humans remains recovered in southern Arizona alone between October 2000 and September 2014 was 2,741. “To this number,” he continues, “may be added those remains that have not been found, either because of their remoteness or, more likely, because they have simply been erased.”

Indeed, across the world, Mr. Atkins says, from the Chinese Taklamakan to the Libyan Sahara, deserts are “a weapon for turning your enemies into dust.” (Mrs. May's Scepter'd Isle, coincidentally, has a natural sea barrier around it, so you only need to replace “enemies into dust” with “undesirables into chum” to discern its likely effectiveness as an immigration deterrent.)

But nature provides only part of the solution. President Trump's disruptive entrepreneurial approach to governance could also help make a revenue-sapping security issue into a lucrative spectacle.

Reality shows have been a staple of network television since the format was first launched. Now that a reality TV star occupies the Oval Office, perhaps he might adopt the concept as a keystone of US foreign policy, particularly where illegal immigration is concerned. Shows like Survivor and Naked and Afraid, for example, might provide the template for just such a collaboration.

Working with authorities on both sides of the border, TV producers would select a few dozen hardy and hopeful asylum seekers and promise them permanent legal residency in America. The catch? They must first cross a particularly harsh stretch of desert along the US-Mexico border, equipped with nothing more than a week's supply of food and water, say, and perhaps a scrap of tarpaulin to help shelter them from the elements. Fail, and they're rescued and sent back home. Reach the finishing line, however, and the good life is theirs, with all the acclaim that comes with winning a reality show. (Mrs. May, are you listening?)

The result would be guaranteed rating gold, ending ideally with America (and Britain) gaining another group of resilient and grateful immigrants.

Read more: For this expat Bostonian, US gun culture a hard sell in Ireland