What does Alexandria Ocasio-Cortez owe the Irish?

The Democratic Socialists of America, which has seen its membership jump by 50,000 members since Trump’s election, was founded by Irish Catholic Michael Harrington. 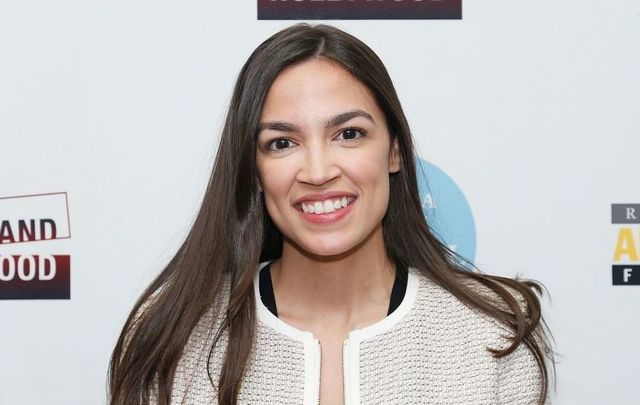 The Democratic Socialists of America, which has seen its membership jump by 50,000 members since Trump’s election, was founded by Irish Catholic Michael Harrington.

You know you’re a big deal when you are known by just one name (Madonna, Prince, Pele) or three initials (FDR, JFK, RFK, LBJ, MLK).

It doesn’t seem as if Congresswoman Alexandria Ocasio-Cortez has done quite as much as those lofty historical figures.  Nevertheless, she is commonly referred to as AOC these days by the left-wing socialists who love her, as well as the right-wing conservatives who loathe her.

One of her biggest adversaries, President Trump, was at it again this week, dismissing the lawmaker as a “young bartender,” a reference to a job Ocasio-Cortez once held while growing up in the Bronx.

Part of what makes AOC such a lightning rod is her support of ideas that are unapologetically socialistic.  Sure, Bernie Sanders has been waving that banner for decades.  But it’s one thing coming from a white-haired old dude from Vermont.

What makes Ocasio-Cortez so interesting—and, to some, dangerous—is the possibility that young folks might just latch on and begin to start questioning American-style capitalism.

All of this led New York magazine to pose this question on its front cover last month: “When did Everyone Become a Socialist?”

The magazine added, “Until very recently, it wasn’t that socialism was toxic in a red-scare way. It was irrelevant, in a dustbin-of-history way. But then came Bernie Sanders’s 2016 candidacy, then the membership boom of DSA [Democratic Socialists of America], then the proliferation of socialist cultural products like [the podcast] Chapo, and then, finally, the spectacular rise of Ocasio-Cortez.”

That rise, of course, was a memorable moment in Irish American political history.

In fact, as many have noted, more and more these days, folks with names like Kelly and Conway work for the Republican Party. But 21st-century socialists like Sanders and Ocasio-Cortez do owe a big debt to the Irish.

After all, the Democratic Socialists of America, which has seen its membership jump by 50,000 members since Trump’s election, was founded by Irish Catholic Michael Harrington.

Born in St. Louis in 1928, Harrington was drawn to left-wing politics not despite his Irish background, but because of it.  After attending the Jesuit College of the Holy Cross, Harrington became deeply involved in the Catholic Worker movement led by Dorothy Day, which had many Irish American devotees.

The first few pages of "The Other American," a biography of Harrington by Maurice Isserman, reveals just how deeply Irish and Catholic his upbringing was.

St. Roch’s church, where Harrington was baptized, was “built in 1911 to serve the needs of Irish-American parishioners who were moving westward into more prosperous suburbs from the decaying city center of St. Louis,” says the book.

The year Harrington was born, of course, was also the year Al Smith became “the first Catholic nominated as a major party presidential candidate,” Isserman notes.  Smith’s campaign may not ultimately have been successful, but it struck a chord in “St. Louis, as in other cities with large immigrant populations.”

For decades, the center of St. Louis Irish life was on the city’s north side, which was known as “Kerry Patch.”  The poverty and struggle of the St. Louis Irish all informed Harrington’s passion for activism—and socialism.

And so, the next time some Fox Newser blasts AOC, hinting that she is un-American, they may also want to blame certain Irish Catholics as well.