A new book by a campaign aide has compared Crowley to a Celtic King while stating that AOC herself is akin to the Greek goddess Artemis and Joan of Arc. 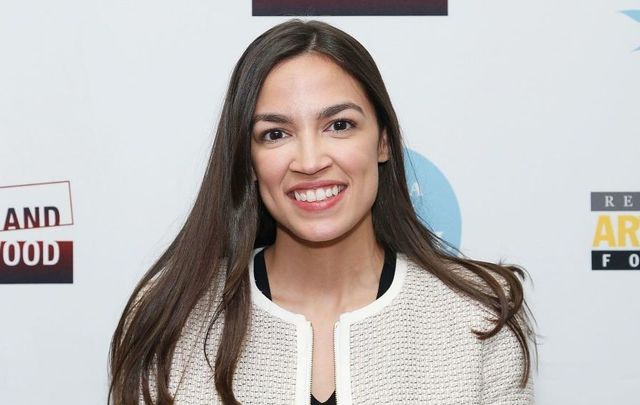 In a new, self-published book, a campaign aide of Congresswoman Alexandria Ocasio-Cortez takes a hit at her primary adversary Joe Crowley.

Despite his years of work in aiding the Irish community in New York, Irish American politician Joe Crowley was one of the biggest victims of the new wave of progressivism in the Democratic party in the lead-up to the 2018 mid-terms, losing his primary campaign to the relatively unknown, now famous, Congresswoman Alexandria Ocasio-Cortez.

At 29, she is the youngest woman to ever serve in Congress and she won herself thousands of fans with her support for Medicare for all, free college tuition and defunding ICE. Among these fans was 61-year-old Ramon Ramirez, a Latino activist who worked on her campaign.

AOC at the St Pat's for All Parade in Queens this year.

Ramirez has now written a scathing account of former 10-term incumbent Crowley in his new book “Alexandria Ocasio-Cortez: The Democrats’ Surprise,” describing how Crowley’s 6-foot-4 height placed him “unfortunately proportional to the despotic and solemn air with which he demanded to be revered like the ‘Celtic king.’

“We stripped the Celtic king of a crown that he had received without political or community merit," Ramirez writes.

In the book, the activist also goes on a lengthy description of Ocasio-Cortez's appearance, describing her “radiant smile” and “big, black eyes.”

Read more: How did Alexandria Ocasio-Cortez get elected?

“She was dressed in a black, printed jacket that was fitted tight around the waist, which gave a fantastic shape to her slender body,” Ramirez writes.

“I opened my eyes and then my lips to express our chemistry, trying to leave the pleasant taste that my message was memorable. She never left a smile hidden, nor did her long lashes make the slightest attempt to stop the emotion from appearing in her eyes: two suns that were always ready to cast her incandescence toward the world around her.”

What do you think of AOC? Let us know in the comments section, below.

Read more: New York’s Congressman Joe Crowley will be back