This week's Irish Voice editorial: "Until that massacre, there was still a slim hope that an all-out conflict could be avoided." 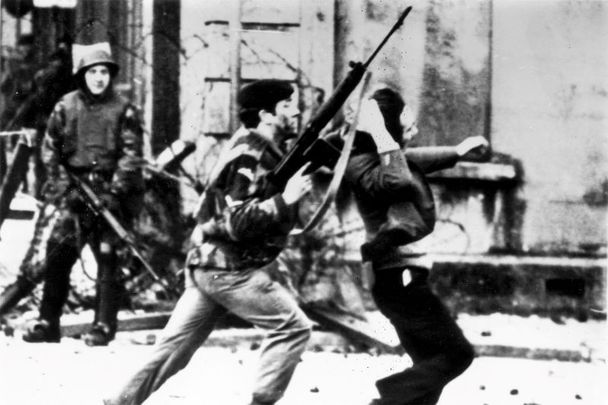 It will be 50 years on Sunday, January 30 since Bloody Sunday in Co Derry took place, when British soldiers shot 14 peaceful marchers dead.

The awful day marked the moment that the end of British rule in Northern Ireland begun. Until that massacre, there was still a slim hope that an all-out conflict could be avoided.

Remember the British troops had been welcomed by nationalists after the unionist state had begun a bloody campaign of ethnic cleansing and state terror after the civil rights marches in the late 1960s that exposed the rotten ruling class and their bigoted leaders.

The British Army arrival in 1969 meant there was still a chance to protect nationalists, to reform the state and to create a status quo within partition lines.

Many commentators marking the 50th anniversary of Bloody Sunday play the same game of assuming that the presence of British troops meant inevitable war.

But if a different path had been chosen and there was no Bloody Sunday, there was no inevitability to the beginning of a new IRA campaign.

If a reform government had been established after the civil rights marchers had exposed the grim truth, with power-sharing between both sides and violence controlled on the streets, the outcome could have been very different.

But the British military establishment, backed by craven politicians, was incapable of creative thinking.

At heart, the British leaders at the time saw it purely as a colonial problem, and saw nothing wrong with their presence in Northern Ireland, nor in how it was governed.

The First Parachute Regiment and the powers behind it saw their job in clearly colonial terms -- suppress the ungrateful natives with deadly fire and support the status quo of a jackboot state which treated its minority like vermin.

It was a blunder that cost thousands of lives. In the end, the British were unable to reimagine any other solution than unleash the fearsome Paras against a defenseless civilian population.

Their thinking on the eve of Bloody Sunday was all too evident. The plan was to smash the demonstration and capture and kill the ringleaders.

Teaching the Irish a lesson was their colonial mindset, never mind that previous “lessons” in places such as India had gone horribly wrong.

Soldiers firing live ammunition at defenseless civilians was the ultimate expression of British policy, ordered and approved at the highest levels.

Far from teaching the colonials a lesson, it sparked a 30-year war that only ended after American intervention and the Good Friday Agreement.

To this day, Northern Ireland is treated like a colonial issue by the British, as Brexit proves, when the opinions of the majority against Brexit in the North were completely ignored.

There is nothing more certain than the fact that the English have overplayed their hand with Brexit too. They have signaled clearly that only English nationalism matters when it comes to a Brexit deal.

In the process, they have opened up another front in the battle for a united Ireland. Like the Paras in Derry, it is shoot first and tell lies later.

*This editorial first appeared in the January 26 edition of the weekly Irish Voice newspaper, sister publication to IrishCentral.