The annual Bloody Sunday Memorial Lecture, hosted by the Bloody Sunday Trust, will be live-streamed from The Guildhall in Derry this Saturday, January 29. 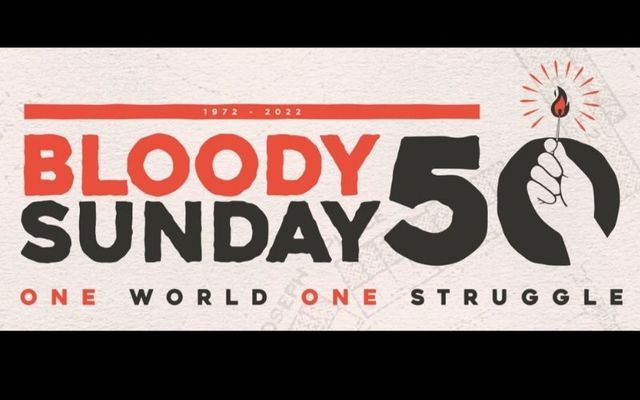 The 2022 Bloody Sunday Memorial Lecture will be delivered at Derry’s Guildhall by the former leader of the British Labour Party, Jeremy Corbyn.

The Bloody Sunday Trust says that Corbyn, who is the MP for Islington North in London, has been a tireless supporter of justice issues relating to Bloody Sunday – including the campaign for a new inquiry to overturn the discredited Widgery Tribunal findings – and has advocated the need for British soldiers to be held to account for incidents which happened during the Troubles, including on Bloody Sunday.

Corbyn will deliver his lecture in Derry’s Guildhall on Saturday, January 29 at 3 pm Irish time / 10 am EST. You'll be able to tune in right here on IrishCentral to watch the lecture, courtesy of The Bloody Sunday Trust and the Museum of Free Derry:

The  Guildhall was the location for most of the hearings in the Bloody Sunday Inquiry, chaired by Lord Saville. It was in the Guildhall, in June 2010, that the Bloody Sunday families learned the outcome of the Saville Inquiry, which overturned the Widgery findings and concluded that what happened on Bloody Sunday was unjustified and unjustifiable.

This year’s lecture is one of the key events in a programme that will mark the 50th anniversary of Bloody Sunday when, on January 30, 1972, 13 men were shot dead by members of the Parachute Regiment. Another man, who was wounded, died later.

The Bloody Sunday Trust has chosen as its theme for this year's programme of events as "One World One Struggle." The Trust’s chairperson, Tony Doherty, says because of the actions of the families in the Bloody Sunday Justice Campaign, Derry can take its place proudly among the great cities of the world that have struggled for justice.

“Through the long years of campaigning which saw the murdered dead of Bloody Sunday declared innocent and the despised Widgery Report binned, Derry became a beacon of hope for other people’s struggles for truth, justice and dignity.

“We are living in an age where ‘One World One Struggle’ is a real, lived and shared experience of  solidarity with struggling peoples.”