Poll shows that IrishCentral readers would welcome an anti-abortion group being represented in the 2020 New York St. Patrick's Day parade 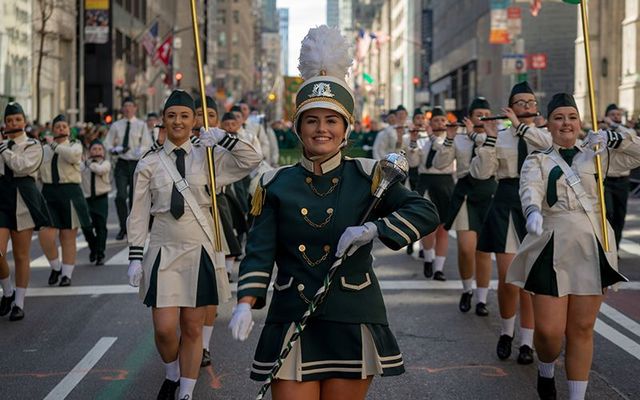 Poll shows that IrishCentral readers would welcome an anti-abortion group being represented in the 2020 New York St. Patrick's Day parade

Following the anti-abortion protest and request by Irish Pro-Life USA that their group is represented in the 2020 New York St. Patrick’s Day Parade we asked our readers what they thought, whether the pro-life group should be given official permission to march? Of the 97 readers who responded 80 said “Yes” while only 15 answered “No”.

Irish Pro-Life USA organizer later told the Irish Voice that “The parade organizers must, as an urgent matter, admit a pro-life unit into the parade’s line of march.”

IrishCentral’s survey results show the complexity of the issue.

Here’s a breakdown of the votes:

While a clear majority of readers would see an anti-abortion group march in the parade the comments left by those who voted show the diversity and difference in opinion.

These are just a selection of the comments left:

- “No politics one way or the other.”

- “Celebrating Irish culture is not about politics. Don't make this parade a platform for politics. Remember, the parade is a celebration!”

- “It has nothing to do with celebrating St. Patrick’s Day.”

- “Completely inappropriate. Same people who say "can't feed em don't breed em" . This is not a protest it's a parade!”

- “They only care about the fetus, they don't give a shit about the child after its birth.”

- “It would deeply insulting and offensive to all women and completely at odds with the overwhelming majority of Irish citizens who recently voted in favor of reproductive rights for women.”

- “If the LGBT community can march then so should anyone

- “St. Patrick's day celebrates the life and work of the saint bringing the Catholic faith to Ireland. This faith declares all life is precious- we are all made in God's image.[sic]”

- “Because we need to change our culture of death.”

- “Notwithstanding recent events, Catholicism is an intrinsic part of Ireland and being pro-life(whether against capital punishment or abortion) is one of its foremost tenets.”

- “Why shouldn't they?!? If they were pro-"choice", there would be no question.”

- “It would be representative of a long tradition in Ireland of valuing unborn life, one which has been recently lost but many in America still carry the torch for.”

- “Because St. Patrick would be disgusted otherwise. A Parade centered around an Catholic Saint should allow a Catholic group.”

- “They represent deep convictions of a sector of the American population. I think it's only right to allow it.”

Where do you stand? Would you like to see an anti-abortion group marching in the New York St. Patrick's Day Parade 2020? Let us know in the comments section below.