Sayfullo Saipov got into the US through the diversity visa lottery, a program initially designed to benefit the Irish which Trump now wants to end 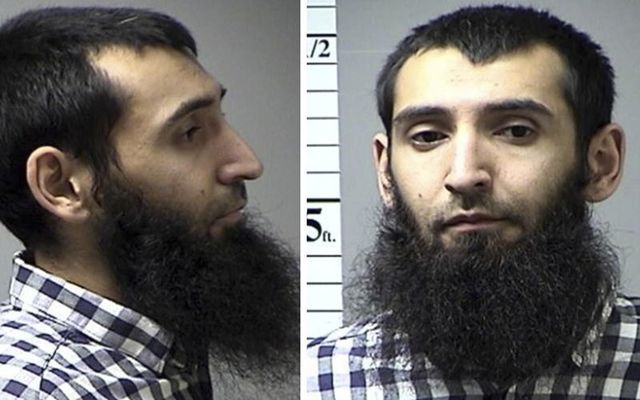 Sayfullo Saipov, the Uzbek immigrant charged with the horrific Halloween terror attack in New York City, got into the US through the diversity visa lottery, a program initially designed to benefit the Irish and which Trump now wants to end.

In the wake of Tuesday's terror attack, which killed eight and injured 11 on the West Side Highway bike path in Manhattan, the FBI and NYPD have been working around the clock to piece together a full profile of the perpetrator, 29-year-old Uzbek immigrant Sayfullo Habibullaevic Saipov, and his path to radicalization.

One of the facts that has emerged is that Saipov entered the US legally, in 2010, through the diversity visa lottery.

On Wednesday, Trump announced his plans to take swift action against the visa program. Per the Washington Post:

“I am today starting the process of terminating the diversity lottery program,” Trump told reporters at the White House during a meeting with his Cabinet. “I am going to ask Congress to immediately initiate work to get rid of this program.”

Trump also expressed his frustration with the program on Twitter, calling out NY Senator Chuck Schumer, one of its original sponsors:

The terrorist came into our country through what is called the "Diversity Visa Lottery Program," a Chuck Schumer beauty. I want merit based.

The program, more commonly known as the "green card lottery," brings 50,000 immigrants to the US each year, and began in the 1980s as a way of leveling the playing field for the Irish, who had been left out by the new visa regulations introduced in the 1960s.

The Immigration and Nationality Act of 1965 – spearheaded by Irish American icon Senator Ted Kennedy – ended the bias towards immigrants from Europe and opened the door to the Land of the Free to those from Africa and Asia, valuing existing family connections in the US and skilled laborers over quotas.

Instead, many Irish came illegally and their plight shocked millions of Americans who began to reconsider their views on “illegal aliens.”

Irish America pushed to “legalize the Irish” in the mid-late 1980s and in 1990 Congress created the Diversity Immigrant Visa program, the lasting version of earlier such programs that began in 1986.

Read More: What you need to know about the 2016 diversity visa lottery

By contrast, Iranians were issued with 4,500 green cards, 1,239 went to citizens of Yemen and 777 to people from Syria. These three nations are listed on Donald Trump’s banned list of majority-Muslim countries, so their future inclusion was already uncertain, but Trump is now seeking to end the green card lottery entirely.