The Vincentian religious order has paid out more than €1 million in compensation to former students who alleged that they were abused at schools run by the order. 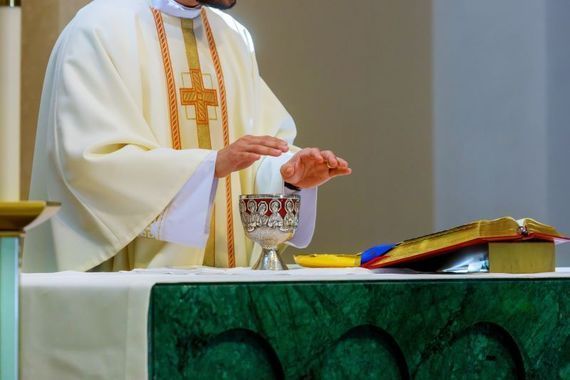 The Vincentian community in Ireland has acknowledged that it has paid compensation after 45 allegations of abuse were made against nine priests in the order.

All of the allegations have been made within the past 15 years and date back to the 1950s.

17 of the abuse allegations related to schools in Dublin and Armagh, including Castleknock College, St. Paul's in Raheny, and St. Patrick's College in Armagh.

There were also two allegations of abuse against a non-teaching member of staff dating back to the 1960s.

The Vincentian order has reportedly paid out more than €1.4 million in compensation and legal fees to date.

The Vincentian community expects more allegations to surface following the recent revelations of abuse at other church-run schools throughout Ireland, according to the Irish Independent.

A spokesperson for the religious order told the publication that "concerns" had been raised about four other Vincentian priests, although no formal allegations have been made.

The spokesperson said 29 of the 45 allegations were made against Fr. Donal Gallagher CM, who was named in the Irish Government's 2009 Commission of Investigation into sexual abuse in the Catholic Archdiocese of Dublin, dubbed the Murphy Report.

The spokesperson confirmed that the Vincentians have paid out €1,015,000 in compensation and a further €436,150 in legal fees since the allegations have been made.

"We deeply regret and sincerely apologize for the suffering people have endured or experienced as a result of abuse. And we ask any other person who has suffered abuse at any of our schools or ministries to contact us or the relevant authorities. We wish to assure those who make contact that we will assist as best we can," the Vincentians said in a statement.

Separately, former Castleknock College student Brian Maher, 59, told the Irish Times that he was abused by a Vincentian priest on two occasions while studying at the school in the 1970s.

Maher's alleged abuser is living overseas and had been serving as a priest until recently, the Irish Times reports.

Maher told the publication that he believes Castleknock College should not be "exempt" from any state investigation, adding that fee-paying schools had been "overlooked" in previous state inquiries into sexual abuse.

A Vincentian spokesperson said the allegation is under active review from the statutory authorities, adding that the priest in question is not in active ministry.

The news comes just one week after the Spiritan religious order was rocked by fresh allegations of abuse following an interview with brothers David and Mark Ryan on RTÉ's Documentary on One on November 7.

The two brothers detailed how Spiritan priests repeatedly abused them while they were studying at Blackrock College in Dublin between the ages of 12 and 17.

The congregation has received more than 60 fresh allegations of abuse since the interview was aired last week, taking the total number of abuse allegations against the Spiritans above 300.

The Spiritans had previously disclosed that it had received allegations of abuse from more than 230 former students.

An Garda Síochána's Sexual Crime Management Unit has also received a further six allegations of abuse against the Spiritans.

Liam Lally, a safeguarding officer with the Spiritians said in a press conference that the majority of the fresh abuse allegations were linked to Blackrock College and Willow Park, an adjoining primary school.

Fr. Martin Kelly, head of the Spiritans in Ireland, said the order is "deeply ashamed" of its actions.

"What was done to you as innocent children was cruel and indefensible. We are deeply ashamed of these actions," Fr. Kelly told the Irish Times.