Horrors of Irish priests' sexual abuse continue to be uncovered 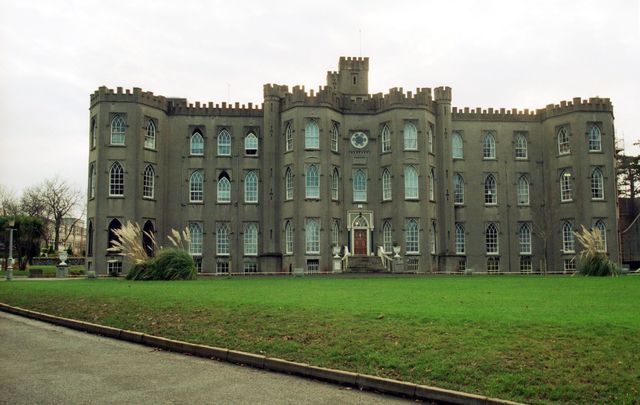 Religious orders in Ireland continue to be flooded with allegations of historic abuse in schools throughout the country.

The Jesuit congregation of Ireland has received 149 allegations of abuse against 43 Jesuit priests, paying out €7.4 million in compensation to the 78 people it has reached a settlement with.

A spokeswoman for the congregation told the Irish Times that she expects further allegations to be made against Jesuit members in the coming months, especially after the introduction of a redress scheme in January 2022.

The scheme was introduced following the disclosure of abuses by Fr. Joseph Marmion at Belvedere College in Dublin and applies to any adults who were abused by Fr. Marmion as boys at three different Jesuit colleges in Ireland.

Under the terms of the redress, victims are entitled to €75,000 or more depending on the severity of the abuse that they suffered.

The spokeswoman said the Jesuits "encouraged" anyone who was abused by Fr. Marmion or any other Jesuit priest to contact them and the relevant authorities.

Fr, Marmion, who died in 2000, is believed to have abused dozens of boys at Belvedere College in Dublin, Clongowes Wood College in Kildare, and Crescent College in Limerick.

The Jesuits admitted in July 2021 that allegations made against Fr. Marmion in the 1970s were not investigated properly or brought to the attention of An Garda Síochána.

Meanwhile, former students of Blackrock College in Dublin spoke to RTÉ radio show "Liveline" during the week to give shocking accounts of the abuse they suffered while studying at the school.

Liveline host Joe Duffy received calls from several former students after brothers Mark and David Ryan spoke to an RTÉ documentary on Monday night about the horrific repeated abuse they suffered between the ages of 12 and 17 while studying at Blackrock College in the 1970s and 80s.

The documentary prompted a number of former students to call into the popular talk show Liveline to detail similar cases of abuse.

Stephen, a former pupil at the school, told Duffy that he was first abused at the age of nine by Fr Aloysius Flood, a teacher at the school.

He said Flood and two other teachers repeatedly abused him during his time at Blackrock College and the adjoining Willow Park Primary School.

Callers Aidan and Edward, two former Blackrock students, also detailed the shocking abuse they suffered during their time at the school. Edward revealed that he complained about the abuse but was dismissed because "a priest’s word was sacrosanct".

Edward and Aidan detailed the long-lasting effects the abuse had on them; Edward said he became a heroin addict, while Aidan said he suffered from depression and suicidal thoughts.

The Irish Independent reports that more than 230 allegations have been made against the Spiritan religious order that runs Blackrock College.

Also known as the Holy Ghost Order, the Spiritans have more than 80 settlements with abuse victims, while dozens of other cases remain ongoing.

An Garda Síochána has announced an investigation of the Spiritans following the release of the RTÉ documentary, causing bewilderment among some former Belvedere students.

"We have the same sort of detail and extent. But the Jesuits are not investigated as an organisation. This needs explaining," former Belvedere student David O'Gorman told the Irish Times.

O'Gorman told the publication that he was "very concerned at the lack of investigation, transparency, disclosure, and the lack of any prospect of accountability or consequences for abusers and the institution".

"[The Jesuits] clearly think that they will get away with some relatively small payouts but no real consequences for their position in Irish life. The State is doing nothing. Victims are left to take on the Jesuits on their own or through the in-house Jesuit process which is completely controlled by the Jesuits."

Speaking in Blackpool after the British-Irish Council, Martin said it was important that gardaí investigated the fresh allegations to the "fullest extent possible".

"It is very, very shocking that such abuse happened and the manner it happened," Martin said.

He also called for "full transparency" from the religious orders who ran the schools in question.