233 people have made claims against the Spiritans order and over 80 settlements have been paid out. 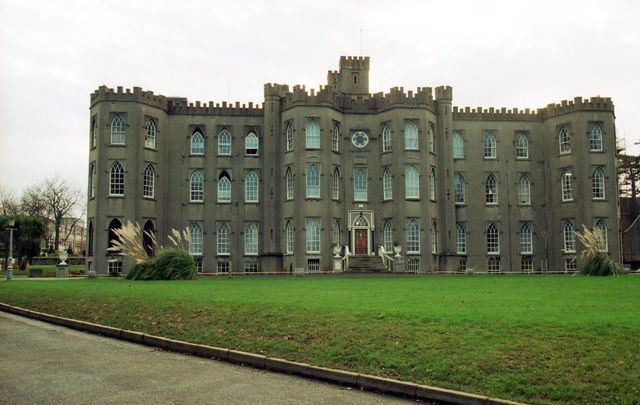 The Holy Ghost Order, also known as the Spiritans, has admitted to paying out over €5 million in abuse settlement claims and support services since 2004. The news comes after two former Blackrock College, Dublin, students spoke out about the abuse they suffered at the hands of the priests during the 1970s and '80s.

A newly released Documentary on One from RTE is described as "From the ages of 12 to 17, two brothers, Mark & David Ryan, were both repeatedly sexually abused in Blackrock College in South County Dublin. Their abusers were from the Spiritan community at the school. Several court cases ensued as David and Mark fought."

As well as David and Mark's abuse cases, another 233 people have made claims of abuse against the Irish Spiritans throughout Ireland and overseas. The Irish Independent reports that over 80 settlements have been made while other cases are ongoing.

David (58) and Mark (61) Ryan, brothers from Blackrock, in Dublin, who now live in Tipperary and London, spoke to RTE about the repeated abuse they suffered between the ages of 12 and 17 at the hands of priests while attending Blackrock College.

Their abuser was Father Tom O’Byrne, originally from Limerick. He began teaching at Blackrock College in 1967.

Mark told the documentary that it was during first year that O'Byrne started to take interest in him during private swimming lessons at the pool, on campus.

He said “He used to invite me down swimming in Willow Park, which was the primary school connected to the secondary school...

“It had its own swimming pool. A Friday or Saturday evening, go down for a swim, which was fantastic in its own way being able to go for a swim.

“That’s part of the grooming, being chosen, made to feel special. Coming up to our house, my parents thought he was fantastic.

“He’d wear strange togs which were different shapes and things like that and had no real back on them. I’d say that’s a thong now.

“Just touching and feeling and ‘why don’t you try these ones on?’, changing into different things at the edge of the swimming pool. He had a camera and he used to take photos as well.

“I was down at the swimming pool by myself, so there was nobody else there.”

At the age of 14, another priest at Blackrock College began to abuse him. This abuse continued during his third and fourth years at school.

“I look back now and something was very wrong in how he looked after his body.”

His brother, David, was 12 when O'Byrne started to invite him to the swimming pool.

“He’d always try come underneath us and make us lie out on our back... he’d actually be groping us underneath with his hands.

“It was very uncomfortable, but no one did anything and if you went down for a shower afterward, he’d be totally naked.”

He was 13 when he was targeted.

"I had this thing in my head that I wanted to become an Olympic swimmer, so I carried on swimming, I was on my own and this is when it started getting really bad,” he said.

“He’d make me sit on his knee and grope me and make me get naked in the shower with him. I was getting really uncomfortable with this, but I didn’t know what to do.

“He preyed on me, he knew I was easy prey, and he did target me because I would never say no. When I think back on it, how he violated my whole body, the abuse, what he actually did to me... it was awful. If I said no, I could get hurt and that I did not want.”

David was also abused by another priest, not the same priest as his brother's second abuser.

The brothers told their parents about the abuse in 2002. They made statements to the police which led to charges being brought against O'Byrne who was then 82 and still living at Blackrock College.

O'Byrne denied the charges and launched a legal case to halt criminal proceedings. In 2007, the courts halted the criminal case. O'Byrne died in 2021. He never faced trial.

Following a civil action initiated by the brothers, a six-figure settlement was agreed upon in 2003 with the Spiritans, without admission of liability or apology.

Spiritan provincial Fr Martin Kelly told the Irish Times the congregation was continuing to explore new ways of reaching out to those who have been abused. He said they expect to make a public announcement on this process very shortly.