Visitors will get to see the USS The Sullivans this weekend in New York ahead of Memorial Day, more than a month after the historic ship began to partially sink. 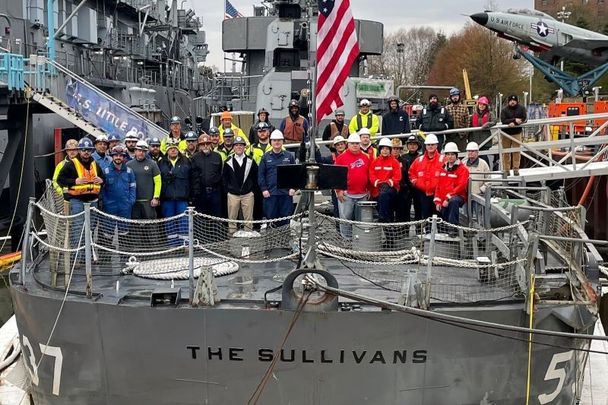 The Buffalo and Erie County Naval and Military Park, where the USS The Sullivans is docked, is reopening to visitors this Saturday, May 28, and will be open seven days a week from 10 am until 5 pm.

USS The Sullivans will not be open for tours as crews continue their rehabilitation aboard the ship that suffered a breach and partial sinking in April, but visitors can go to the fantail on the back of the USS The Sullivans and up the gangway to the adjacent USS Little Rock at the Park, WGRZ reports.

“There are going to be lots of people down here all day Monday, but I would encourage you to even come down on Saturday and Sunday. Tour the grounds, explain what those memorials mean, explain why we have these ships here.”

While the USS The Sullivans is now stable, authorities are exploring how to rehabilitate it after it took on water, causing it to tilt back and to the right, after a serious hull breach on April 13.

The ship, named for the five Irish American brothers who were tragically killed on the same day while serving during World War II, is an 80-year-old Fletcher-Class destroyer that saw action in World War II, the Korean War, and the Cold War. It was christened by the fallen brothers’ mother Alleta Sullivan and is a now National Historic Landmark. 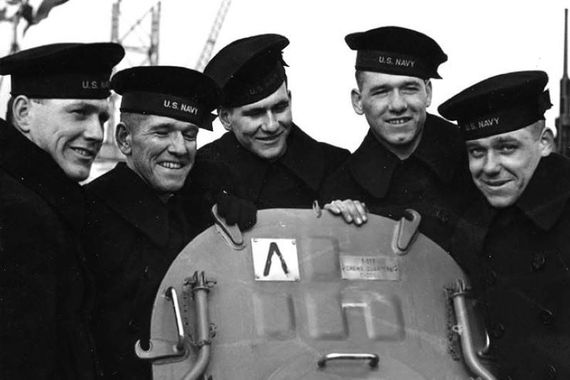 The Sullivan brothers were killed in action while serving aboard the USS Juneau on November 13, 1942.

Earlier in May, the Buffalo and Erie County Naval and Military Park confirmed that it had shifted from an Emergency Response Phase to a Maintenance and Decontamination Phase.

Ahead of Memorial Day, Marzello told WGRZ: "It's been nearly two months. We've been working on this for six weeks I guess. It's been a long time and a lot of hard work.

“A lot of people came together to put out a well-thought-out plan and that plan is being executed. So we're in the final stages of that plan from the standpoint of having the ship de-watered and the environmental concerns remediated.

“So from that standpoint, we're making a lot of progress."