The top British politician and writer believes a United Ireland to be a “no-brainer” with the majority of Northern Ireland voting to remain in the EU. 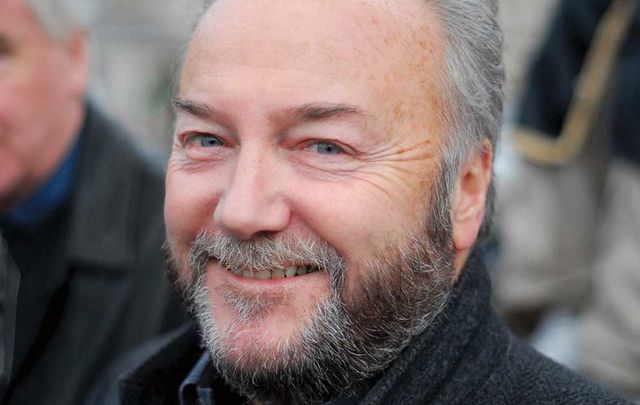 The outspoken and often controversial George Galloway has said he believes we will soon have a United Ireland. David Hunt/WikiCommons

The EU has a very simple stance on a United Ireland: it supports it. Northern Ireland can rejoin the EU after Brexit takes effect if it agrees to a united Ireland, it says.

For this reason, influential British politician and writer George Galloway believes that Brexit has ironically proved to be an “important driver towards unification” of the island.

The reunification of Ireland is inevitable and will take place during his lifetime he told an audience at the Gasyard Féile (Festival) in Derry last week (Galloway is 62).

Will a United Ireland ever happen?

“It’s kind of a no-brainer if the majority of people in the north want to remain in the EU, they have a ready-made door through which they can pass and achieve that objective. So, in so far that Brexit can be Britain’s difficulty, it can be Ireland’s opportunity, and I hope that people will do that.”

Galloway spoke at a standing-room-only discussion hosted by Sinn Féin Foyle MLA Raymond McCartney as part of the Féile.

“Ireland should never have been partitioned in the first place and this would seem an obvious place to start with that demolition of that partition, and I have a feeling it will.”

“I’m quite good at predictions,” he continued.  “I predicted Brexit, I predicted Trump, and I predict this: if I have a normal lifespan then I will see a united Ireland. I believe that.”

Speaking about the Tory-DUP political pact, he claimed: “It’s a grotesque coalition I must say. Of course, I know that many decent people feel they have to vote for the DUP. I regret that they do, but I know that they do because I have met with them. Since the departure of its leader the late Ian Paisley, it’s been all downhill in terms of character.”

Regarding the DUP and Conservative coalition government, he claimed that people in Britain were “finding the whole thing increasingly repugnant”, adding that the Good Friday Agreement was also being “brazenly and openly breached” by the British government over their life-saving deal with the DUP.