Rachel Millar, a midwife from Co Tyrone who now works in East London, is one of three female key workers featured on the July 2020 cover of British Vogue. 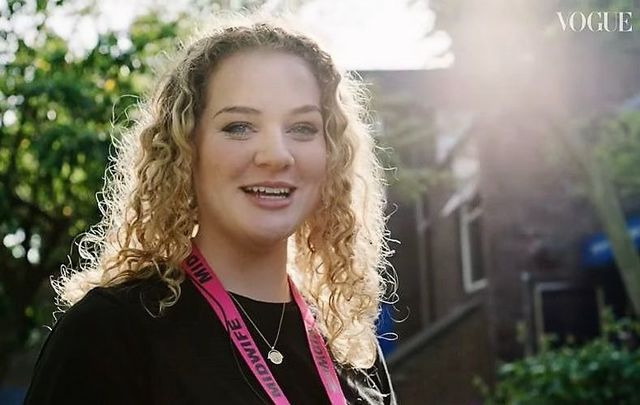 A midwife from County Tyrone said she was shocked after she ended up on the cover of British Vogue magazine which pays homage to frontline workers during the COVID-19 pandemic.

Rachel Millar, 24, who works in Homerton hospital in East London, features on the front of British Vogue's July 2020 edition. Two other female frontline workers feature on different covers of the same edition.

Millar said that her photograph was taken during a routine shift in the hospital's labor ward and that she had no idea that it would end up on the front cover of the famous fashion magazine.

"There was a photographer there and they herded us in front of the camera, and everyone that was working on shift that day got a portrait taken," she told the Irish Times.

"At the time, all we knew was that Vogue was doing a feature on key workers during the pandemic and it wasn’t until a few weeks later they decided what portraits would be on the cover."

Read more: Frontline hero: Finding the strength I didn't know I had

She said that her family and friends were shocked and surprised when they discovered she would be on the magazine's front cover.

Millar said that her family was really proud and joked that she expected her mother to buy every copy from Tesco in the Cookstown area in Tyrone when the magazine hits the shelves on Friday, June 5.

Edward Enninful, editor-in-chief of British Vogue, said on his Instagram that July's front cover was a sign of the times.

"If you had told me at the beginning of the year that @BritishVogue’s July cover stars would feature a community midwife, a train driver, and supermarket worker, I might not have believed you," he wrote.

"But, as our nation perseveres against COVID-19, we find ourselves leaning not on the powers that be, but on ordinary people and their extraordinary strength and kindness."

Millar said that she believes that the COVID-19 pandemic has seen vital but underappreciated components of the healthcare system finally get the acknowledgment they deserve.

"It’s really nice to see other departments like the intensive care, places that are sometimes overlooked, for them to get the recognition they deserve," she said to the Irish Times.

You can watch British Vogue's "A Day in the life of three key workers," featuring Millar, here: