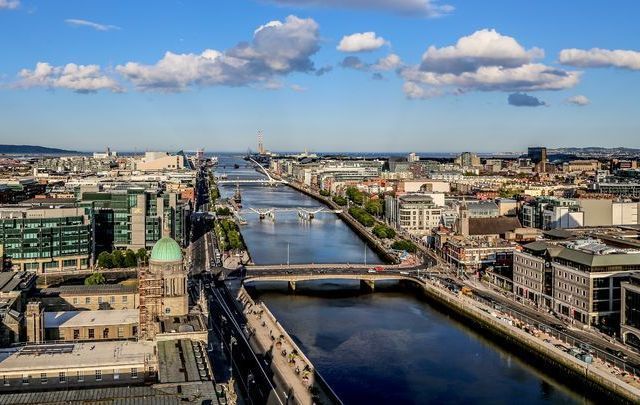 Lonely Planet has released their annual Best in Travel lists for 2019, and two new Irish attractions have been included.

Read More: Things you should never to do in Ireland as a tourist

Noirin Hegarty of Lonely Planet said that Roe & Co Distillery will open to the public in March or April of 2019.

“It's going to be a visitor attraction in the Liberties and that has become the center for distilling in Dublin."

Of Tayto Park, Hegarty said it “is unique in the world.”

"It's not Disney, it's not Universal Studios...and Tayto have secured a sponsorship commitment for three years for their little mini electric cars that children can get into.”

"They learn the rules of the road and they can get a little driver's license at the end of it."

Paul Kelly, CEO at Failte Ireland, welcomed the news. "It is great to see two Irish attractions featured among the best new experiences in the world in the Lonely Planet’s latest collection.”

"There has been a major step-change in the quality and appeal of Irish visitor attractions across the country, and this recognition is a testament to the central role visitor attractions play in helping Ireland to stand out in a competitive international marketplace.

Read More: Ireland's most popular counties and what to visit

"Dublin’s Roe and Co Distillery and Tayto Park’s new driving school are both prime examples of how private sector investment in attractions in Ireland is not only much-needed in terms of stimulating tourism growth and complementing public sector investment – it is a fast-growing and successful sector.

"Diageo, which owns the Roe & Co Distillery, has been a key player in our Dublin brand offering for many years through the Guinness Storehouse, and Tayto Park has successfully embraced and leveraged our Ireland’s Ancient East brand.

"I’m delighted the work they’ve done to transform their visitor experiences has been rrecognized– and I’m sure they will be welcoming many more overseas visitors through their doors in the years ahead."

Do you plan on visiting either of these top-rated Irish travel experiences? Share in the comments!