An investigation into an unnamed Traveller site found that the local authority failed to consider the best interests of children who reported horrendous living conditions. 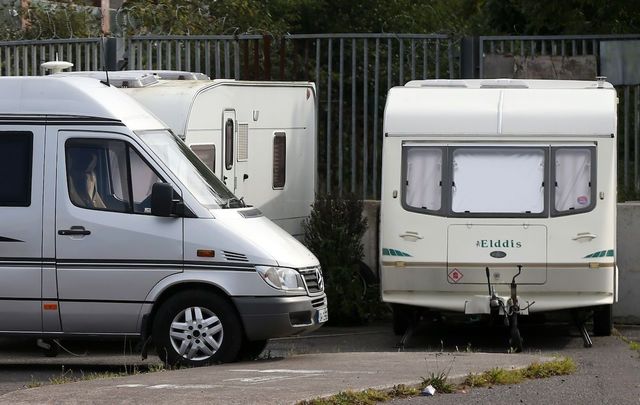 The site, established in 1989, was designed for just 40 people.  RollingNews.ie

Ireland's Ombudsman for Children’s Office (OCO) has found that 66 children and their families are living in "deplorable" conditions on a local authority-run Travellers halting site.

The Ombudsman for Children’s Office's investigation was launched following a 2018 complaint from a Traveller Advocacy Group.

In its recently published report "No End in Site," the OCO determined that the local authority failed to consider the best interests of children and that they failed to maintain the site.

Approximately 140 people live on the site which was established in 1989 and designed for just 40 people.

The OCO says that investigators met with 17 children between the ages of 3 and 16 who represented six separate complainant families at the site.

The report said that "overcrowding was obvious with children sleeping on makeshift beds cramped into the living/dining spaces. Furthermore, there was evidence of damp on the walls and ceilings of each of those mobile units, and the families contended that the heating provided was inadequate."

Many of the children on the site were found to be suffering from various skin conditions and respiratory problems.

Children told the OCO that "they knew their living conditions were different from other children."

Other children reported seeing rats and only having puddles to play in.

The report says that the parents of the children "spoke at length about the unreliability and lack of basic facilities such as heating, lighting, and hot water to bathe and wash clothes in," which would have a negative impact on the mental health of the residents.

In a statement released ahead of the publication of the report, Ombudsman Dr. Niall Muldoon said:  “The conditions we found on the halting site in question were deplorable. To think that children in Ireland in 2021 are living like this is utterly shocking. Under no circumstances can this be accepted or allowed to continue.

“I will be seeking regular updates from the local authority on the progress they have made in implementing our recommendations and how the lives of children have improved."

The Ombudsman is also calling on the local authority to establish a specific complaint handling mechanism or amend the current complaint process, Irish Legal reports.