Ireland's Chief Medical Officer Dr. Tony Holohan will no longer be taking up a role at Trinity College Dublin after "controversy" surrounding the move. 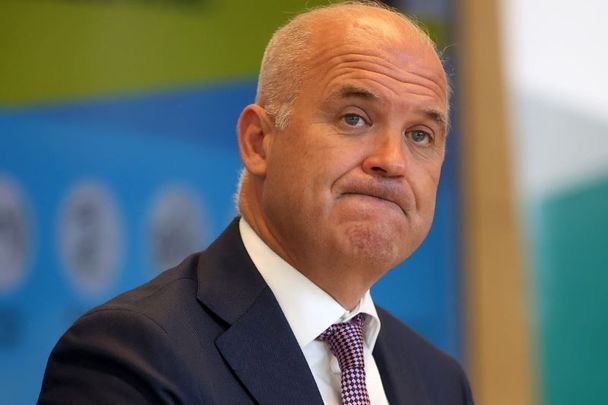 Taoiseach Micheál Martin has said anti-Covid hero Dr. Tony Holohan is not owed an apology for bungled government reaction to his decision to exit the public health service and a planned academic university career.

Martin acknowledged that it was “very regrettable” that Holohan was not taking up his new role as professor of public health leadership and strategy.

Holohan planned to make the move after announcing his early resignation from his position as Ireland’s Chief Medical Officer when he became a national hero during the Covid pandemic.

But there was massive public reaction to extraordinary government and civil service bungling over transparency about the planned move and reports that the €187,000 salary would continue to be paid by taxpayers through the health service funds.

Initially, Holohan’s transfer was described as a secondment from the health service to Trinity College. But a day after Martin ordered the transfer to be “paused” pending a reassessment, Holohan announced he was not taking up the Trinity College position and was resigning from the public service.

An outstanding public servant aged in his late fifties, honored for his Covid crisis heroism with the Freedom of Dublin City, and described as influential as Dr. Anthony Fauci in the U.S., Holohan will be out of work from July, his stated intended departure date.

There is little doubt he will pick up greater finance in the private sector should he so choose, but it doesn’t detract from government bungling in his controversial departure from public service.

Sinn Féin's health spokesman David Cullinane and Fianna Fáil TD John Lahart, both members of the Oireachtas Health Committee, described the handling of Holohan’s planned move to Trinity as “a mess” and “ham-fisted.”  Both TDs said they wanted it discussed before the committee in the coming days and to have the attendance of Health Minister Stephen Donnelly and Robert Watt, secretary-general of the Department of Health.

Cullinane told RTÉ Radio that the “mess” is entirely the making of very senior civil servants but also of the minister for health who failed to clarify many of the issues for days. There were “real questions” to answer.

The Irish Times reported that there is considerable anger among ministers about the controversy, with many privately pointing fingers at Watt’s role in the affair.

When he announced his withdrawal last Saturday, Holohan said he did not wish “to see the controversy of the last few days continuing.”

A report presented to the government by Watt argued that it was his area of delegated responsibility under the law, so the health minister did not need to be informed.

The report has yet to be published later this week, but on Tuesday afternoon, RTÉ reported that it said secondments between the HSE and other bodies were not unusual or a matter for the minister, but a staffing and personnel issue.

The report acknowledged that more information sooner would have been better, but that the appointment leaked and the department had to put out statements.

*This column first appeared in the April 13 edition of the weekly Irish Voie newspaper, sister publication to IrishCentral.